Fourteen years ago Matt’s father was a part of the first Red Spike experiment and went nuts and executed his own wife which resulted in his day being shot to hell by the military. Matt is then taken to a boarding school where he’s unknowingly groomed for the Red Spike program. This is your first indication that this is the origin story and it doesn’t get much better from here on out.

In-between flashes of Matt and Greg’s past, that includes the first time Greg arrived on the base, we’re treated to boring details about his surgery to help them control him more. Also the sub story is played up more about an original member of Red Spike project trying to take over the program once again with political black mail. It fails and he’s force to hit the drawing board again. The rest of the issue is a sparring match between Greg and Matt which breaks any sense of time the book had going for it. It could be two days after Greg's surgery, or an hour it's really unclear. 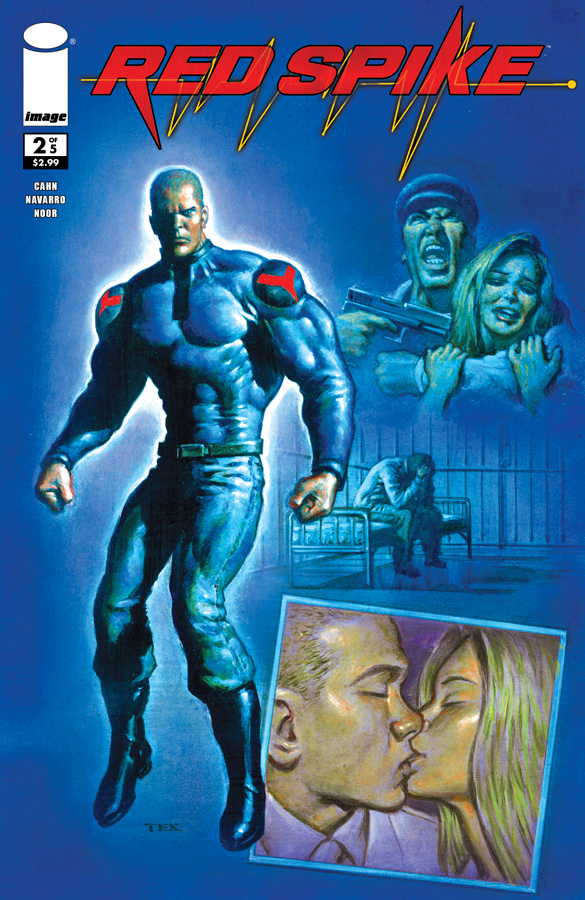 This book was just passable. It sticks to a very strong formula that neither excites nor bores, but rather gives it a familiar feel. The components in play are simple: Government created the situations in which the men are supplied for the program, a cover up, the angry ex-partner, love triangle and an experiment that’s starting to lose control. Who would have thought that giving a con super strength was a bad idea? The character of Greg is annoying. He’s completely unlikable and it’s as if the writers want us to blame it on the program, which is until they show him before the program being equally shitty. Matt is an even worse character since he’s the exact opposite of Greg. He doesn’t accomplish anything and is always yelling after Greg stating the obvious like, "Hey don't walk on the grass." There’s no grounds for their “friendship” and no hints of one shown in their past, yet it seems to be a pivotal aspect of the story.

The art is still very good. I believe that Mark Texeria is doing the breakdowns which give the art a very tight sequential story. Salvador Navarro continues to be a very solid artist, but nothing is very dynamic and the entire book has a very dated look to it. The fashion of all the characters leaves a big question mark for the reader to figure out which era this book is taking place in. Especially when it flashes back fourteen years and everyone is wearing leather caps and matching leather jackets, that's definitely not fourteen years ago from today. I can’t even fathom a guess as when the book takes place which gives the reader no frame of reference.

Red Spike really has the best intentions of trying to be a new IP, but it falls short on capturing the modern comic reader. There’s nothing in this book that hasn’t been done before and won’t be attempted again. I wouldn’t say that others have done this type of story better, but I wouldn’t say that Red Spike is on the top of the mountain either. If you’re looking for solid action and a very easy story to follow with a main character that’s a prick, then you’ll probably enjoy this second issue.