In the final moments of the commentary track on this DVD the writer, Burnie Burns, wonders aloud why Red VS Blue is the only webseries in its 10th season.  He quickly answers his own question with because “No one else is this stupid”.

“Stupid” is definitely one of the words that could be used to describe Red VS Blue.  “Brilliant” is another, but let’s talk about the “Stupid”.  Throughout its nine seasons, this Halo machinima has used a lot of lowbrow humor.  Profanity, violence, sex, and stuff blowin’ up are all frequently used as punchlines for scenes.  There’s just something inherently stupid about dubbing dialog over game footage of Halo, and by the seventh season, this style of humor had been thoroughly explored.

The show’s creators might have felt the same way, because when Season 8 hit the internet, Rooster Teeth surprised everyone by adding original CGI animation to the machinima that made up the bulk of the show. Season 8 was also the completion of a three year trilogy that turned Red VS Blue from a pure comedy franchise into one where the gang of incompetent soldiers became bad-ass space marines who went on real missions and fought genuine bad guys.

With the Recollection trilogy at an end, Season 9 is the start of a new direction for Red VS Blue. After 8 years, the story has gotten very complex, and the first episode gives the audience a knowing wink about this as Church (Who is actually, Epsilon the memories of Alpha, an AI based on The Director) has a monologue trying to explain it all. It definitely helps if you’ve seen the other eight seasons, but this is probably the best place to jump on for people who never got into the series. 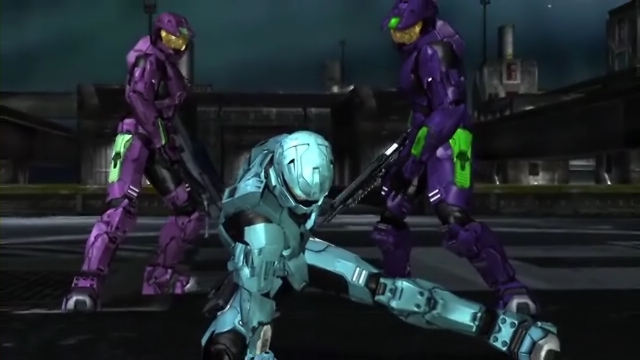 While the show still uses a combination of machinima and original CGI animation, the two styles of filmmaking are completely separate this time.  The CGI sequences tell a prequel story about the origins of Project Freelancer, an unethical program to create super soldiers (By torturing Artificial Intelligence programs).  The flashy animation works very well when used for this sort of action-packed tale of cyborg space marines and car chases.  This is top-notch action/scifi/comedy and it’s worth seeing even for people who don’t care for RvB’s goofy humor.

Scenes from the Project Freelancer story are intermixed with machinima sequences that represent a virtual world inside Church’s AI storage unit.  This works much better than Season 8’s attempts to integrate both styles into the same scenes, and the relatively less-realistic look of Halo Reach gameplay suits the story’s premise that none of it is actually real.  The story involves Church trying to recreate the events from the first season of the show.  There are lots of in-jokes for fans here, and it ends up taking an interesting turn.  There’s a cliffhanger ending, and the commentary track confirms that Season X is on it’s away. 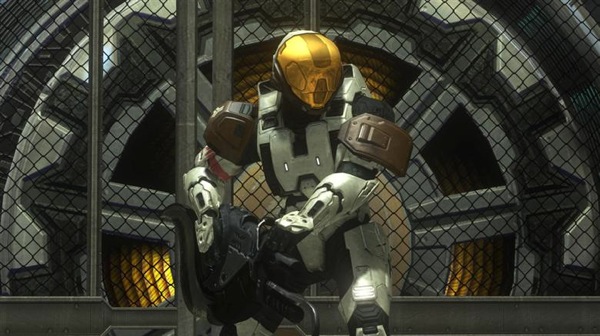 While the whole thing is available for free on the Rooster Teeth website, the DVD still offers some strong incentives for fans to pick it up.  For starters, the animation and Halo Reach machinima look gorgeous when shown on a high definition TV.  The first few seasons didn’t have the production values to justify watching them on DVD, but that’s not the case anymore.   The switch to Halo Reach offers a massive improvement, even over the Halo 3 engine.

The DVD edits all twenty episodes of the web series into one smooth feature-length film, and it’s clear that the folks at Rooster Teeth are now writing their show with the intention of it being compiled into a single free-flowing project, rather than the episodic nature of older seasons.   DVD extras include outtakes, deleted scenes, "Making Of" videos, and PSA’s “From the popular web series Red Versus Blue”.  The Making Of pieces should be of special interest to fans as they include interviews with the voice cast.  The DVD also has the usual Rooster Teeth menu animations that will play some funny dialog or action if the screens are left alone for a few seconds.

Then there’s the aforementioned commentary track.  This has a little humor to it, but it mostly focuses on the production.  Making machinima is much more complicated than it looks, and aspiring animators can learn all sorts of pointers here.  Halo fans can also pick up lots of tidbits about the game from this too.  During the CGI scenes, that animation team takes over the commentary and goes into the details of more tradition animation.  Writer/ Co-Director Burnie Burns also discusses some of the subtler points of the story for the hardcore fans who might be wondering why Sheila or Junior aren’t around this season (Blarg honk honk).

Needless to say, fans have probably already seen this online, and people who haven’t watched the previous eight years aren’t likely to pick up this DVD as their introduction to RvB.  But of all the seasons, this is certainly the one that most warrants a DVD purchase.