Reminiscing About Memory Loss in Movies

Do you know who you are? When were you born? What year is it? Well, even if you can’t answer these queries, hopefully you can still read, because Player Affinity will now take you through memory loss tropes in film. Memory loss, mistaken identity and amnesia-themed films are a convenient plot device, a crutch even, when filmmakers are looking for a quick way to materialize some danger, progress the zaniness of a rom-com, or craft a psychological thriller. Unknown, starring Liam Neeson, falls within some common trends in the genre as it finds a man who after awakening from a coma tries to piece together the truth of his immediate past while his entire existence is seemingly stolen from around him.

The “I have mad skills but don’t know how I got them” memory loss scenario
As Seen In: The "Bourne" films, Paycheck, Oldboy

Don’t we all wish we could wake up one morning (oblivious to our identity mind you), but be graced with a photographic memory, superhuman reflexes and survival skills that would put Bear Grylls to shame? This plot devise is a staple of a number of action flicks where in a sudden manner our hero awakes in is immediately thrust into a harrowing scenario. Cornered, he pulls from his secret bank of ninja-esque tricks the necessary skills to make his escape. A conspiracy is always afoot in this style of memory loss offering, usually a shadowy corrupt organization able to devote their sole resources to tracking our on-the-lam protagonist. When done well (as with the "Bourne" trilogy), this can make for compelling storytelling, but when done cornily (Paycheck) it can easily drag down even the most adrenaline-soaked entries. The “my memory loss is resulting in unintentional hilarity” scenario
As Seen In: 50 First Dates, Overboard, Desperately Seeking Susan

Ohh romantic comedies, have you no shame? About as Soap Opera as you can get (not a compliment people) using the ol’ amnesia gimmick to fashion outlandish scenarios is dipping towards the deepest dredges of the genre. When handled sweetly as with the Adam Sandler vehicle 50 First Dates, the results can be tolerable, but with horrendously shrill offerings like Overboard, saying this specific scenario incites hilarity may be too kind a declaration. Really, this plot instrument is a spin on the fish-out-of-water tale, just instead of the person traveling away, just their mind does. This sets the stage for misunderstandings and awkward encounters, but really at this point it seems like I may just be describing all modern rom-coms. 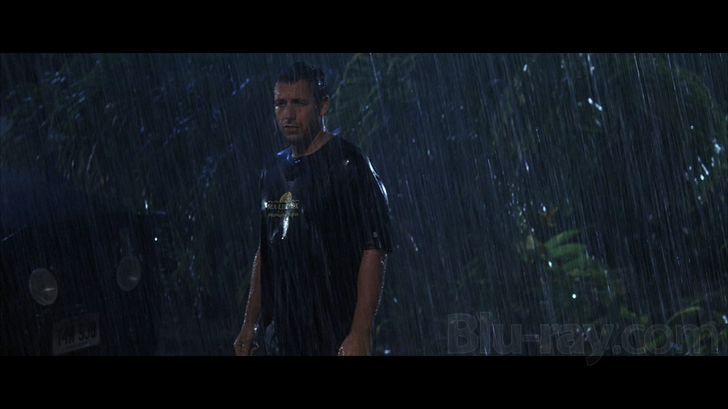 The “I am now a better person as a result of memory loss” scenario
As Seen In: The Majestic, Eternal Sunshine of the Spotless Mind

Consistently the most earnest use of the “?” maneuver, using calamity to spur epiphany has been a staple of films stretching back to the era of Frank Capra. Memory loss specifically in the context of a Shakespearian tragedy works more often than using it as a device to have someone crash their car or burn a cake. “Eternal Sunshine” is an achingly beautiful example of why it is called memory loss, and even in the overly melodramatic The Majestic, director Frank Darabont puts his own heart in the right place. In many ways we wish some sort of phenomenon could strike us that would make change as easy as it looks in the movies. These bittersweet depictions are rare as the gimmick is not juicy as when employed in a broad comedy, though it is strange to note both of these films star the king of broad comedy: Jim Carrey. 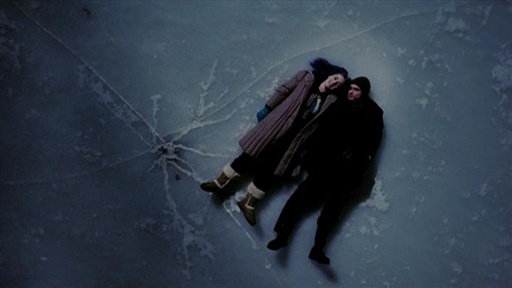 The “I have woken up with amnesia and have no idea what’s going on” scenario
As Seen In: Dark City, Memento, Pandorum

Similar to our first category in many ways but one, this final genre trope finds our hero awakening into a world of peril and mystery, but with few tools at their disposal. Here, they must fight against the odds in a world at odds to uncover the truth. These films are dark and brooding, noir-inspired pieces that often exhibit horror elements and while the most famous of these, Memento does not boast the latter aspect, it is a heavy blend of genres which all culminate in one of the great modern mindbenders. The use of memory loss here tends to work better than most as it is not a one-note plot gimmick but more a part of the atmosphere that helps to construct and enforce the scenario itself. Sometimes approach means everything.

Just how many of these scenarios Unknown will fall under remains to be seen, but starting tomorrow you can check it out and decide whether it was memorable or forgettable.