Of all the games that have been released to coincide with the launch of Sony’s new Move controller the large majority, if not all, are aimed squarely at the casual gamer. Presumably in an attempt at wooing the some of Nintendo’s fan base which might be getting bored waiting on news of the long rumoured Wii HD.

One of the questions that will probably be most interesting is whether Move will predominantly be used in casual and family titles, or will it be adopted as a legitimate alternative to the Dual Shock by the existing PS3 gamers?

There are two well known games which have already updated their controls in order to have a Move compatible option available: That of Resident Evil 5 Gold Edition, and Heavy Rain.

Heavy Rain’s control scheme was always unusual and the addition of Move support just substitutes following on-screen prompts for different on-screen prompts. For example, when it told you before to wiggle the Dual Shock thumb stick in a circular motion, it might now instead say wiggle the Move controller in a circular motion. So the gameplay has not really changed, you’re now just mirroring different movements.

So that leaves Resident Evil 5 Gold Edition (the original version does not support Move) as the game most likely to use Move in a similar way to other core games that might adopt it in future. So what’s the verdict? Well, the short answer is that the jury is still out.

It is definitely true that if you were expecting to pick up a Move and be able to fly through a game at double the speed that you did using a Dual Shock then you’ll likely be disappointed, because it does take some getting used to. But once you get more familiar with the set up there are some definite advantages to using it.

When using Move with RE5 you still control character movements with the left analogue stick, so you will need to either buy a Move Navigation Controller, or use your Dual Shock in your left hand. The main difference comes into play when aiming your weapon. You hold the trigger button on the underside of the Move motion controller and aim at your target on the screen using the cross hair pointer that comes up. I found that this was definitely quicker than aiming the normal way with an analogue stick, and when standing still shooting at a wave of enemies I could clear the room much faster with Move. The Move button, which is the central button on the top of the controller, now becomes Shoot when pressed with the Trigger, or Action when used on its own. Other than this, most of the buttons are still mapped to the same function, Triangle still opens the inventory and Circle still controls your partner.

One of the problems that will come into play is that if you have played RE5 using the normal controls, then you are effectively retraining yourself, which can lead to some frustration. And I found that all things other than aiming, like walking around and exploring the environments seemed, if anything, slightly slower using Move. But the more I used it the more comfortable I became with it.

As for the actual Move controller itself, it feels well built and solid. I found it very accurate and have had no problems with it getting confused or the motion controls glitching. And you can use it sitting down so there’s no need to stand in the same place for hours on end.

There are some future big releases that have confirmed Move support and only time will really tell if most PS3 gamers take to it or not. But, overall Move is unlikely to instantly turn you into a master at a game you used to struggle with, but it does have some advantages, mainly the speed at which you can aim. So if you are not sure then the best thing to do would be to pick one up and try for yourself, because in the end it comes down to preference. Perhaps for now it's best to view Move as a legitimate alternative rather than an instant game changer. 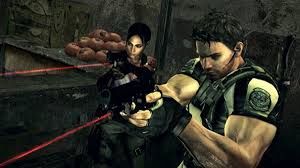