Revolution – The Night the Lights Went Out in Georgia Review: Good Performances Make Up for Weak Writing

“The Night the Lights Went out in Georgia” opens up the world of Revolution significantly; we explore the world outside of the Monroe Republic and learn even more about the nature of the blackout. Much as the previous installment was a showcase for the character Tom Neville, this episode focuses on our reluctant hero Miles Matheson. He makes his way to the Georgia Federation, accompanied by Nora and Charlie, on a quest to stop Monroe’s nuclear bomb from wreaking havoc in Atlanta. Again he is forced to face his past transgressions and actions as General, and is confronted by an old protégé. Miles continues to struggle with his role in the creation of this world, which is a conflict that has driven him to join the rebellion. This isn’t so much an episode in which we learn new and/or shocking things about Miles, but simply an expansion on what we have already come to expect from him, so it’s not necessarily the most informative installment. 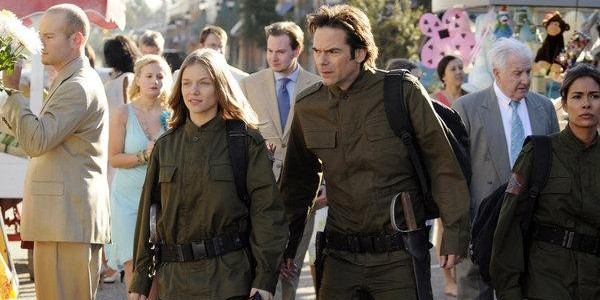 We have now gotten enough information about Miles’ role in the Republic to understand why he struggles so much with his past. There are still very important gaps in his backstory that offer much potential intrigue for upcoming storylines: most significantly, his relationship with Rachel. Once again it is hinted that something significant occurred between the two and that Miles ended up doing something horrible to her, something more grave than just leaving her behind with Monroe. With so much build up to this momentous secret, I am already preparing myself to be disappointed when we eventually learn the truth about those two.

Speaking of Rachel, she and Aaron are well on their way in their journey to "The Tower." The show has taken a more deliberate nod to the realm of science fiction in this episode. Yes, the show has had the sci-fi edge since its inception, and the premise and situations have always called for the suspension of disbelief, but things are taken to a whole other level in this episode. First there is Dr. Warren’s gadget that allows her to “magically char bodies”, as Aaron puts it, and Dr. Warren replies that the gadget is not magic, but the show does not attempt to explain the logistics of this gadget. Then there is the revelation that the millions of nanites floating around in the atmosphere, even though they seemed to have only two functions (as explained in the previous episode), somehow have the capability to keep people alive, eating away at tumors and treating certain disorders. Um, what? 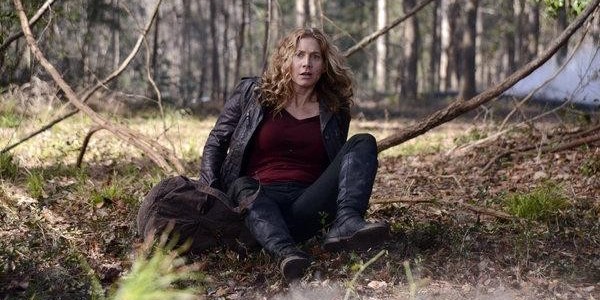 This revelation gives us further insight as to why Rachel was so against turning the power back on, but also gives way to so many questions. Were the nanites designed to be these unbelievable medical marvels from the start, or were these new revelations an advantageous side effect? How exactly are the nanites capable of curing these diseases? What else can they do? I don’t necessarily mind that there are more apparent sci-fi elements weaving their way into the narrative; I just hope the writers are able to make sense of it all. Not every question or doubt needs an airtight and scientifically accurate answer, just a plausible explanation that makes sense within the nature of this fictional world. With time, we’ll see if these crazy revelations hold up.

Elizabeth Mitchell continues to be a highlight of the show, nailing her scenes and doing a great job creating a complex, multi-faceted character. The scene in which she breaks down in front of Dr. Warren was perfectly executed by Mitchell. Despite some clunky lines, her performance felt completely honest and heartbreaking and just perfect. Moments like these don’t happen nearly often enough in this show, but when they do it is much appreciated and almost worth suffering through some questionable writing to witness them. While I often gripe about the exasperatingly clichéd writing, the unnecessary melodrama, and general mediocrity of the show, some of the performances keep me coming back.

Billy Burke plays the troubled and haunted man with aplomb, convincingly conveying the character’s inner turmoil. There are moments in which the broodiness of the character is irritating; we get it: you’re troubled and ashamed of your past and you don’t want to live with all the horrible memories of yesteryear. Sheesh, I want somebody to just shake him and tell him to get over it, that the past can’t be changed grow up, and it's time to move on, man. Still, Burke carries it off well enough, or just enough so that his brooding is tolerable. 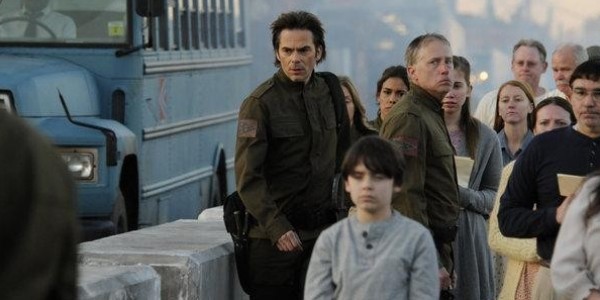 Monroe gets similar treatment when it comes to clinging to an unsavory past; he is unable to let things go, and his actions come off as the impulsive and juvenile exploits of a teenager. His motives are seemingly petty and that does not a very intimidating villain make. There is no real thought or sophistication behind his schemes. David Lyons continues to give a perplexing performance as General Monroe. He has a way of coming off as a complete caricature in some moments, but still conveying a convincingly threatening vibe in others. Just when he manages to deliver a performance that is not drenched in cliché (in which we get the tiniest glimpse of an actual human being), he goes right back to his gravel-y voiced, frustratingly cartoonish portrayal. Most of his dialogue and performance is straight up laughable. How are we supposed to take him seriously when he is delivering such hacky dialogue? It isn’t helping that Monroe is given virtually one scene every episode, a lack of exposure that limits the amount of character development considerably. He is quickly becoming a completely one-dimensional villain with no subtlety or nuance to his actions or performance. There is only so much an actor can do when the material he is given is so thin.

This is the main problem with the series: the writing does not live up to the potential of the intriguing premise. While the narrative and overall story might be interesting, the execution of it does not hold up. Too often we are presented with hackneyed dialogue and over the top situations that diminish any kind of refinement or complexity the show might have enjoyed. Some performers can overcome the bad writing and elevate it considerably. Giancarlo Esposito, Elizabeth Mitchell and Billy Burke are able and experienced actors that manage to add substantial weight to the characters they portray, but not every actor has the ability to add depth, affecting the overall quality of the program. Sometimes David Lyons is able to dig himself out of the hole the writers put him in, but the younger actors like Tracy Spiridakos and J.D Pardo lack the skill necessary to do so. With a new series there is often an adjustment period in which the writers and actors settle into the characters and the universe of the show. It still feels like Revolution, despite being well into the first season (more than halfway through), is going through that adjustment. Hopefully, the writers will be able to compose scenarios that emphasize the actors’ strengths, and therefore utilize each cast member in their best capacity. Yet improvements can be appreciated from the first half of the season to the second. There has been a noticeable shift in focus as Charlie has been pushed aside to let more interesting characters take the spotlight. There is a greater sense of an ensemble as the focus has moved from Charlie, which has made the character much less irritating (certainly a plus). Opening up and letting the audience in on some of the mythology and intricacies of the world are also positive adjustments. The writers seem to be aware of some of the issues that riddle the show, but are having a hard time correcting them in a timely manner. 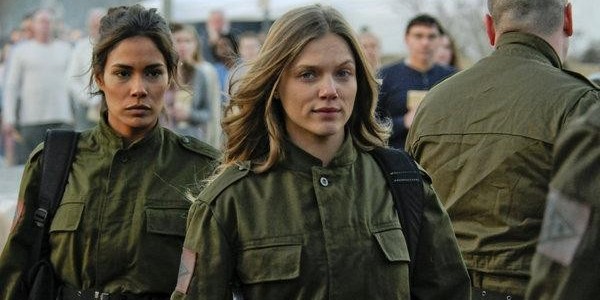 Random Thoughts
-- Neville’s absence was notable in the episode, since his segment was the most compelling aspect of the previous episode, and Giancarlo Esposito is without a doubt one of the top performers in the show. So when an entire episode goes by with just a mention of the character this omission is indeed disappointing.

-- Madam President Foster of the Georgia Federation didn’t make a huge impression in her first appearance, but we’ll surely get to know her better as the series progresses. Much more interested in what her plans are for the future with Miles than their personal history. Is there anybody whom Miles hasn’t screwed over in the past?

-- I enjoyed the little quips and asides by Aaron on their trip to "The Tower." While he does provide some comic relief and is used as the voice of the audience, he has been completely neglected as a character as of late. Give Aaron something to do other than follow Rachel around making sarcastic comments.

-- Speaking of overlooked characters, Nora has been underutilized as well in this second half of the season.

-- Kudos to the show and to NBC for the frank and ordinary portrayal of a gay couple. There is something to be said when a show capably handles such relationships, especially when gay relationships are so often treated as plot points or used for shock value on so many other programs.