Rift is a new MMORPG developed by Trion Worlds Network that takes players across the fantasy world of Telara, in which a variety of parallel worlds called “planes” converge and often don’t get along. In fact, the core purpose of the game is to defeat invading forces that come through the gates that pop up on the convergence that link the physical lands together. These gates are known as rifts, and it falls to the player to join forces with other heroes to push back the enemies and ultimately close the rift. To do this, a player takes control of an archetypal class (Warrior, Cleric, Rogue, and Mage) and customizes it to match the particular role they wish to play, be it damage-dealer, tank or healer. Players need not join groups when participating in the world PvE against the gates but are rewarded for action depending on involvement, be it through attacking, healing or with buffs. 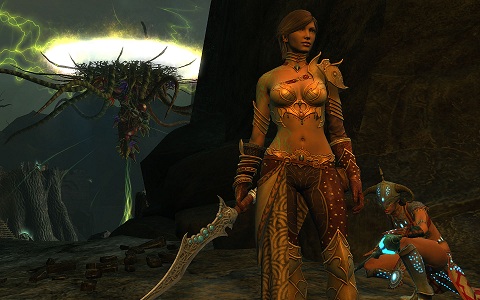 The game spins a lot of common conventions on their head to accommodate vast customization in developing characters: the player chooses from a small selection of base classes (callings), but is then able to put points into each one to emphasize the qualities they would like to exhibit.  Each class has nine different specializations, called Soul Trees, which unlock primary abilities as the trunk is filled with points, and provide smaller bonuses and skills for filling out branches. However, a player may only choose three of the nine to commit to, although the amount one wishes to invest is up to the player, allowing for heavier specialization. Of course, this doesn’t limit a player to a particular playing style, as up to four different configurations can be held, allowing jumps between tanking specs and healing as easy as pushing a button. 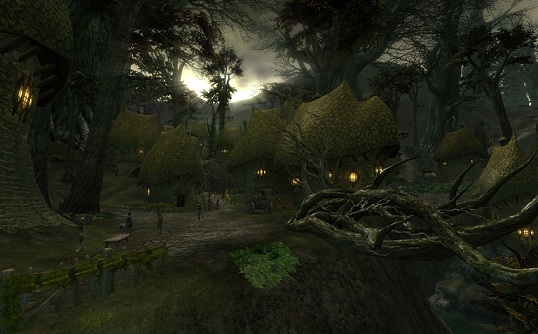 The focal parts of the game, the Rifts, are constantly and dynamically being created all over Telara, spawning types of monsters that coincide with the element of the rift being opened. With six different types (Earth, Air, Fire, Life, Water and Death) of rifts available, some monsters may choose to fight each other when opposing elements meet. New possibilities emerge as to what can occur when a rift is allowed to grow out of control, as enemies will seek to take control of as much territory as possible; NPC wars would flare up and dynamic content generated to allow the player to participate in a fashion. As the forces of a rift continue to secure territory, the land itself will change to accommodate: the plane of life brings with it abundant greenery, whereas a water rift will transform the area into a lake or marsh. The possibilities for dynamically-alterable terrain are exciting, to say the least. 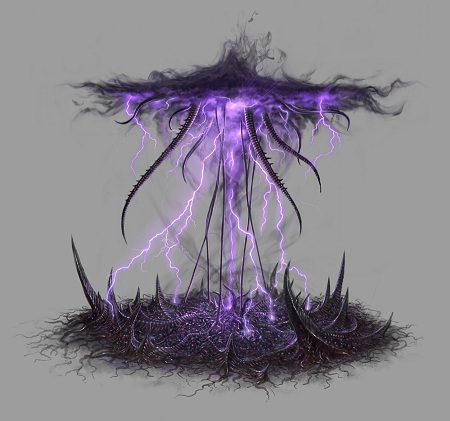 To fight the rifts, the player joins one of the prevailing races of humanoids on Telara, which themselves are split up into two factions, the Guardians and the Defiant. The Guardians are made up of Dwarves, High elves and the Mathosians, whereas the Defiant consist of Bahmi, the Eth, and the Kelari. Each race has differing appearances and statistics, but the core difference between the sides is their deference to the gods of the world, known as the Vigil. While the Guardians seek to restore some sort of unity with the former protectors of the Telara, the Defiant are more in tune with science and technology and the possible benefits that tools could bring to the salvation of the world.

Rift is looking to make the MMORPG world take a look at a world that doesn’t stick by standard Dungeons & Dragons or Tolkien-type conventions. By instituting a land where players are constantly needed to complete the task of closing the rifts, and by providing players the tools to take any role they wish in the combat, Rift hopes to break out from the more forgettable titles and make a stand on its own. After significant alpha and beta testing, the game is set to be released on March 1, 2011 for Microsoft Windows on PC.