By: Justin Moody | Comic Reviews | November 19, 2010
Road Home continues! As the villains are coming closer to killing Vicki Vale, but Bruce Wayne won’t let them succeed. Oracle takes lead, as she guides the team to keep Vicki Vale protected and alive. As Bruce Wayne is seeing whom can best help him on his continuation of his War on Crime, Barbara Gordon will no doubt succeed in passing his test. The events of this issue will affect Barbara’s entire career as Oracle and the leader of the Birds Of Prey! Written by Marc Andreyko and artwork by Agustin Padilla.

Vicki Vale is about to get killed by a whole bunch of assassins, mercenaries, super villains, and citizens.

Because of Vicki Vale’s “wall” she connected the identities of various members of Bruce’s family. Ultimately she was either sure about Dick Grayson being Batman, or unsure with Damian Wayne being Robin. When word broke loose that Vicki Vale knew the identities of Batman, a fan-favorite Bat-villain didn’t like this one bit! As Vicki is running for her life, Bruce Wayne (Insider) is protecting her throughout the issue. With every passing moment Vicki Vale is seen in any shape, form, or sound... she will be killed! 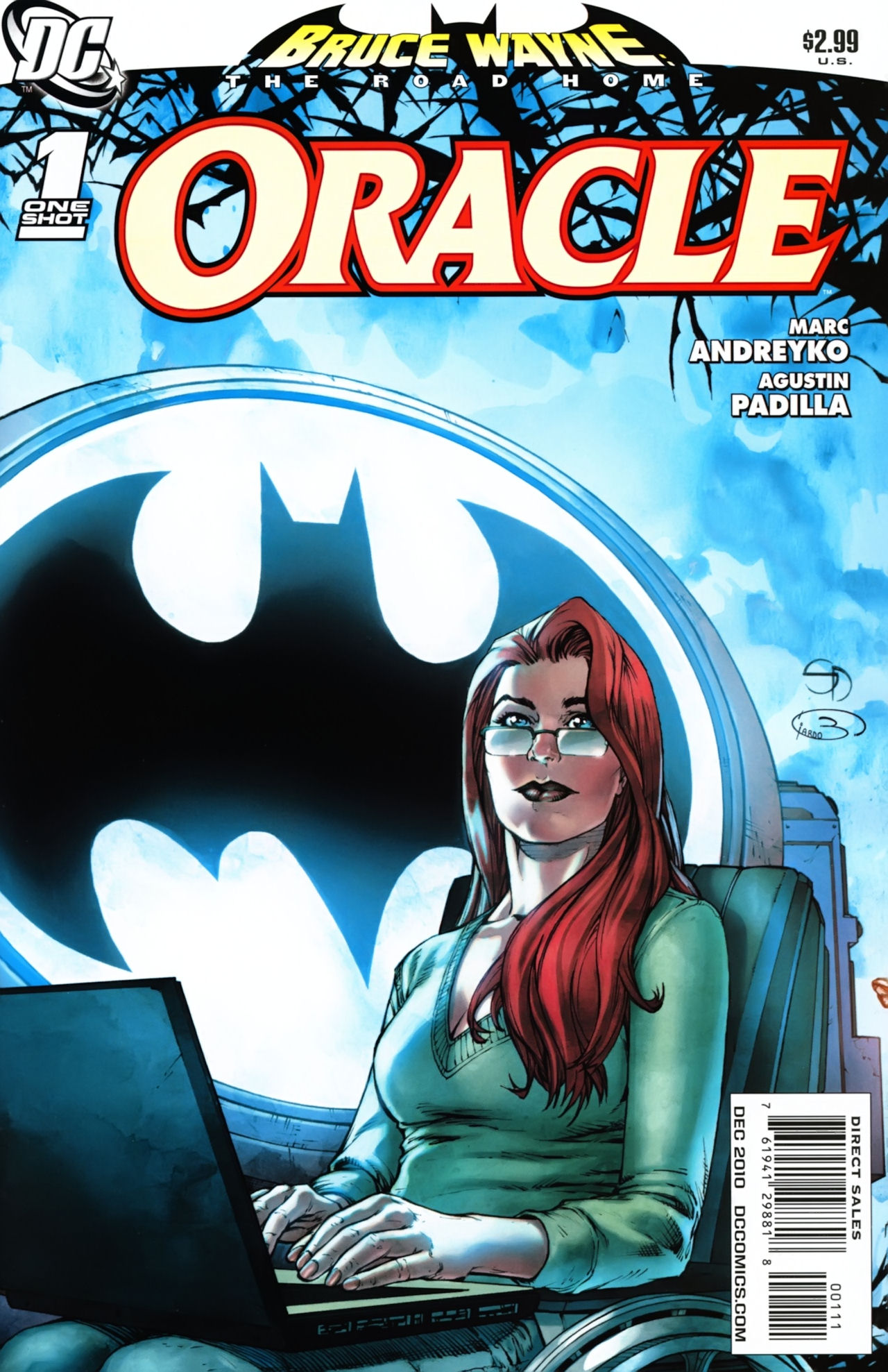 Writer Marc Andreyko did a superb job at telling this one-shot story about Oracle. A flashback was shown about how Oracle was shot by the Joker and she was lying in a hospital bed. Bruce came by to give words of encouragement and he wanted her to move on with her life and become another great hero, or just let her memory die off with her body. So with that Oracle was born with Bruce’s words of encouragement. However, that’s not originally how the origin of Oracle went, but it is acceptable as only most readers know of how Barbara Gordon was Batgirl and eventually got shot by the Joker and became Oracle years later. The reserve members of the Outsiders and the Birds of Prey make an appearance, so for those fans of that team can watch them take on bad guys. Anyway, things go bad as Vicki Vale runs away from the Insider and finds herself locked into combat with White Ghost!

Marc Andreyko (Predators, Gotham City Sirens) did a good job on this one-shot. His work on Gotham City Sirens #8 was interesting, I liked how he took and displayed the Sirens in the issue he wrote. I think he tries to express the characters he writes as troubled or emotional people they are just trying to get through life with a new mission and outlook. I think that best fits his writing style. Artist Agustin Padilla (Captain America: Theater of War – Prisoners of duty, X-Men curse of the mutants) is a great artist. His artwork is shady and sketched carefully to get even the slightest face expressions even under a mask. His art really works with the colors in this issue. While Insider looked a lot like Snake Eyes from the G.I. Joe movie, it was still cool to see how Agustin Padilla took on each character in this story.

As this is number 7 of 8, Ra’s Al Ghul will join the fight in the next issue! So if you’ve been avid about picking this series up, do so then. It’s got Bruce Wayne testing various friends and family and with the events of Batman I.N.C. this would be a good jumping on point for anyone! Overall this is a 4.5 out of 10.