Robert Kirkman and Rob Liefeld do The Infinite

Arriving in early August from Image Comics, The Infinite is an action-packed sci-fi book by writer Robert Kirkman, the creator of The Walking Dead comic and executive producer of the hit AMC show; and artist Rob Liefeld, the man behind the popular Marvel Comics character Deadpool.

In the future, the world has fallen to a villain who has discovered time travel. A soldier named Bowen goes back to visit his 19-year-old self, Bo, at a turning point in his life and to persuade him and others to help defeat "The Infinite" and prevent impending doom. 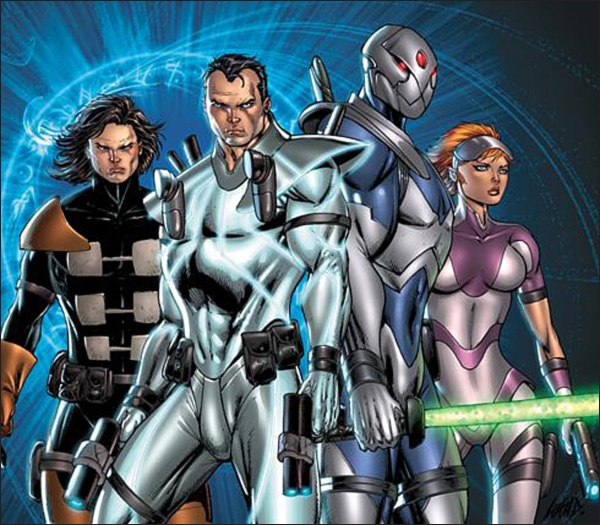 Adds Liefeld: "It's a buddy movie with yourself."

The two have known each other for eight years but finally made the decision to collaborate last summer at Comic-Con, the pop-culture convention.

After working with zombies in The Walking Dead, powered people in Invincible and kid-friendly dinosaurs in Super Dinosaur (premiering next month), Kirkman says, "Sci-fi is something I haven't really done that much of, and I'm really excited to get into that world."

For Liefeld, The Infinite gives him the first chance in more than a decade to create and draw new characters in the style he popularized in the 1990s with Marvel's X-Force and Image's Youngblood.

"We both like tech gear, James Cameron, Star Trek and Star Wars, so it's a big sci-fi fantasy epic, but it's got a lot of heart," Liefeld says.