By: Steven Chaitman | Movie News | May 24, 2012
Director Paul Verhoeven has to wonder if he did something really wrong or really—inspiring. His three big sci-fi films all have remakes in different stages of production: the 1990 hit Total Recall has a remake in theaters this August and plans are underway to bring Starship Troopers back to the screen. And of course, things are heating up with MGM's reboot of Robocop.

After finding its lead in The Killing star Joel Kinnaman, veteran Gary Oldman will bring his gravitas to the film as Norton, the man responsible for creating Robocop. 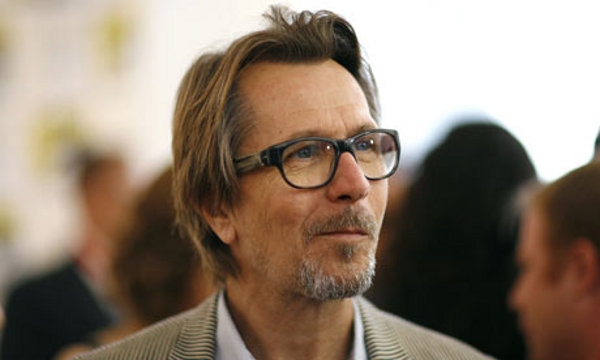 Originally named Morton in the 1987 film (played by Miguel Ferrer), The Hollywood Reporter describes Norton as a man who "finds himself torn between the ideals of the machine trying to rediscover its humanity and the callous needs of a corporation."

Last month's rumor mill pegged Edward Norton for the role. Other stars rumored to be in the film are Rebecca Hall as the love interest and Gael Garcia Bernal as Alex's (Kinnaman) old friend.

Coming off his first Oscar nomination for Tinker Tailor Soldier Spy, Oldman has two big films out this summer: he returns as Comissioner Gordon in The Dark Knight Rises and also appears in Lawless, which just premiered at Cannes to strong reviews.

Robocop will be directed by Jose Padilha. A production start date has yet to be set, but Sony Pictures and MGM have reserved an August 9, 2013 release date.