Rocketeer Adventures is a great collection of new stories set in the world of the Rocketeer. There is no continuity to worry about, no origin story to fuss with, just good stories from some of comics top creators. There’s three stories total and frankly they’re all really good and very different from each other. Some of the talent in this issue: John Cassaday, Mike and Laura Allred and Kurt Busiek. With pin-ups by: Mike Mignola with Dave Stewart and Jim Silke.

The first story is written and drawn by Cassaday and you get a real sense that he put a lot of effort and heart into this tale (unlike some of his covers as of late). Beatty has been kidnapped and strapped to a bomb by some gangsters. Cliff does the only thing he can to save her and launches the rocket; he is the Rocketeer after all. It’s a great short story that really captures Beatty and Cliff’s character very well. The second story written and drawn by Mike Allred has more of a 70’s twist on the character. Everyone said "groovy" and "baby" a lot and the characters were very dynamic almost as if they were intentionally over acting their part. It was just a fun story and very different from Cassaday’s take on the characters. Neither one is wrong, but both are very different and good. 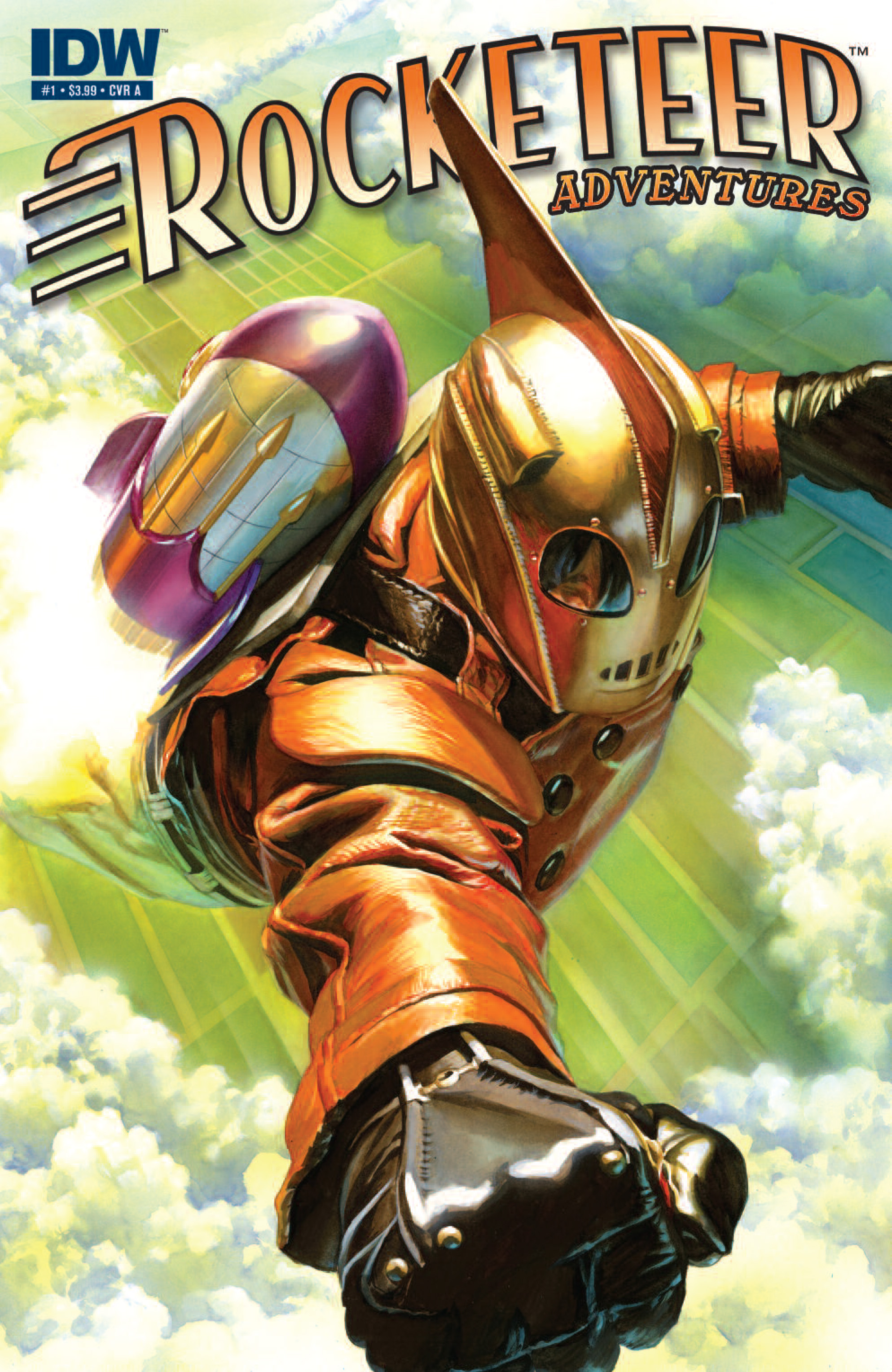 The third story hardly involves Cliff at all, but instead focuses on Beatty. It takes place during World War II while Cliff has been sent to support the war efforts. It’s a series of letters from Cliff to Beatty that become increasingly sparse. What’s worse is that with each passing day Mr. Stanhope, the lead of the play they’re both starring in, becomes more and more aggressive with his interest in Beatty. The story is very good and Busiek does a great job of showing why the Rocketeer world is so strong, because it doesn’t need to rely on the main character to drive the tale. The art is solid throughout the entire book, of course when two of the three stories are written and drawn by artists, that isn’t hard to imagine.

If you’ve never experienced the world of the Rocketeer outside of the movie, then I highly recommend picking up this book. It’s full of great adventure stories and lots of history on the late creator Dave Stevens. This was in fact my first experience with the Rocketeer in comics and frankly it made me interested in picking up the earlier work from Stevens.