We’re back with another set of short stories starring the Rocketeer and again it’s all top tier talent working on the book. Names like Mark Waid, Chris Weston, Darwyn Cooke, Lowell Francis and Gene Ha to name but a few. There is only one pin up by Geof Darrow and Dave Stewart, but the Alex Ross cover for issue three acts as a pretty good substitute. It depicts the Rocketeer standing with Beatty beside him, and she is a striking resemblance to Beatty Page the original inspiration for the character.

The first story by Waid is a tongue in cheek romp about superhero comics as Cliff decides its time he went public with his Rocketeer alter-ego. He’s about to upstage a male model dressed like the new comic hero Aeroman, when someone starts shooting at them. Cliff reluctantly helps the man that was hitting on Beatty just moments before as he falls from a window. In an inspired moment that fits Cliff’s luck perfectly, he makes it look as if Aeroman is the one actually flying since Cliff is covered by his wings. It’s a great short story that makes tons of comments about the comic industry and the superhero genre in general for that era. 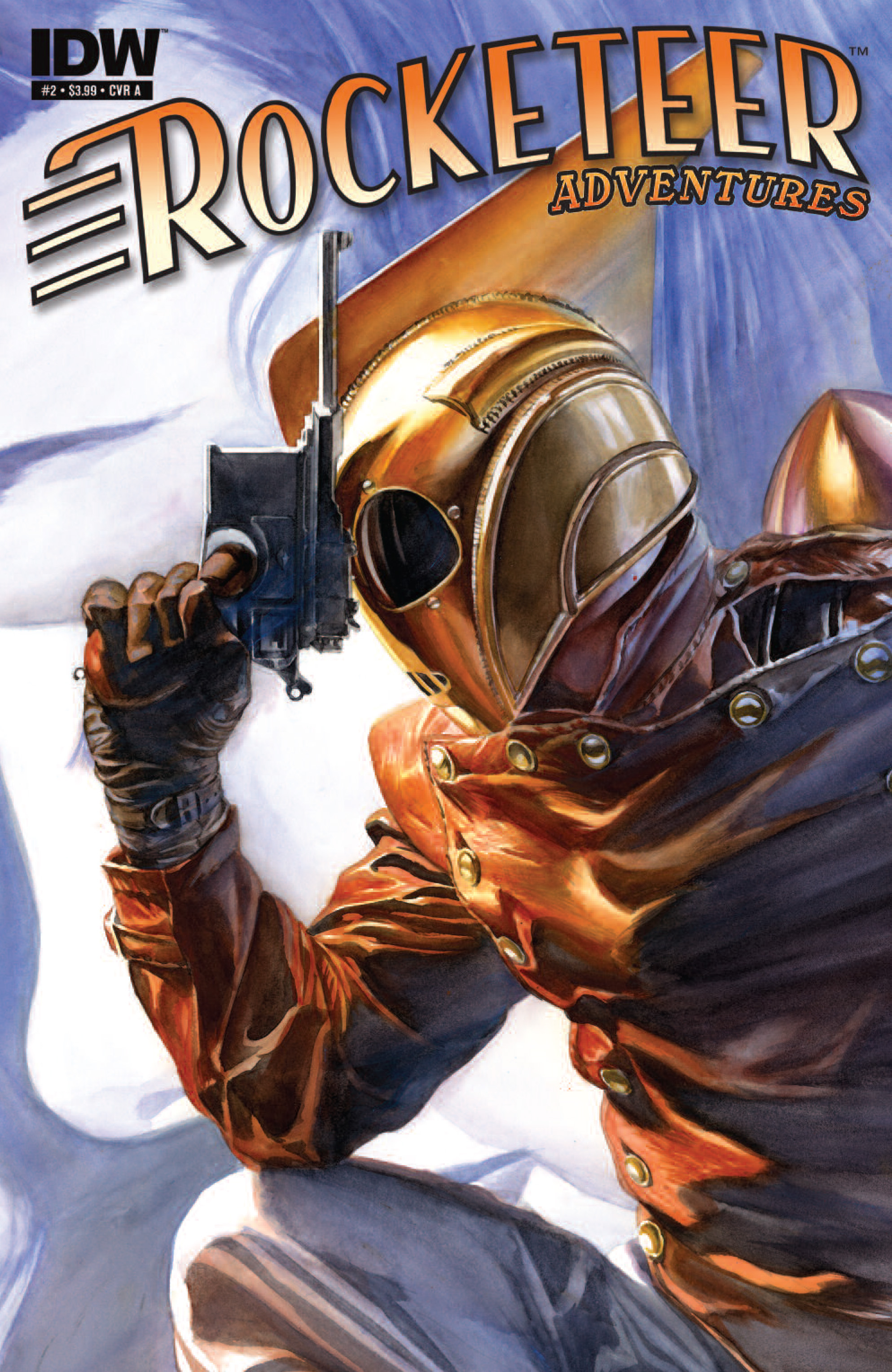 The second story written and drawn by Darwyn Cooke and colored by the great Dave Stewart, is presented as a weekly TV show. It recaps the last episode before breaking into the present with Beatty wearing the Rocketeer gear and saving an injured Cliff. It’s cute and goofy and captures Beatty perfectly in attitude and demeanor. The last story is from Lowell Francis and Gene Ha. The story has a great narration from the radio about the nights boxing match, which just so happens to coincide with the Rocketeer battle happening. Cliff is fighting someone else with a stolen flying pack, but instead of running on gas it uses propellers. Eventually Cliff gets the upper hand, but not without some luck first.

Again this series is a great set of short stories that don’t worry about continuity or even if you’re familiar with the characters. Honestly you’ll get to know the characters better from these stories than you would with a new series by one creative team. If anything IDW is using this to generate interest in such a series, but personally I think just doing the shorts is a better idea. No one is going to be able to out-do the creator so why bother trying. 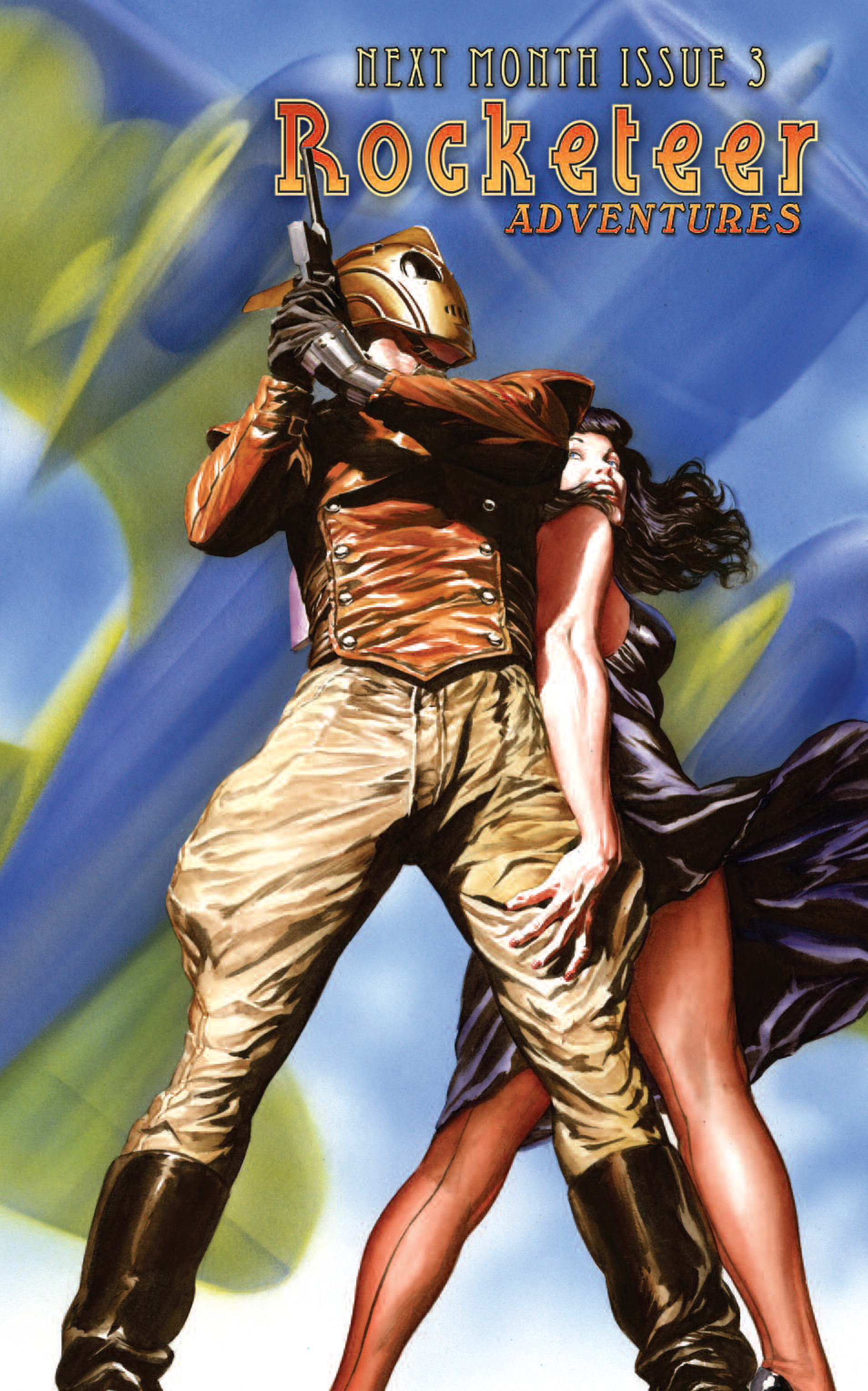 This issue isn’t particularly as strong as the first issue, but it’s still a solid read. I got excited when I saw Waid’s name on the book. His story while starting off well, really became more of a message about comic companies acting back in that era rather than capturing what the Rocketeer was about. Otherwise the book is another great read, so much so that I look forward to it every month and hope that it continues at least for a while.

Check out the review for the first issue as well.
Rating
8.2