As you probably know, Rogue One: A Star Wars Story has been the centre of controversy with reports of reshoots sending fans into a panic. EW caught up with the creators to set the story straight.

Director Gareth Edwards was reassuring, saying “I mean it was always part of the plan to do reshoots. We always knew we were coming back somewhere to do stuff. We just didn’t know what it would be until we started sculpting the film in the edit.” After all, reshoots are expected on such a huge-scale film.

On the material being re-shot, it sound like there’s no major plot changes. “There’s lots of little things that we have to get, but it’s all little things within the preexisting footage,” said Edwards. 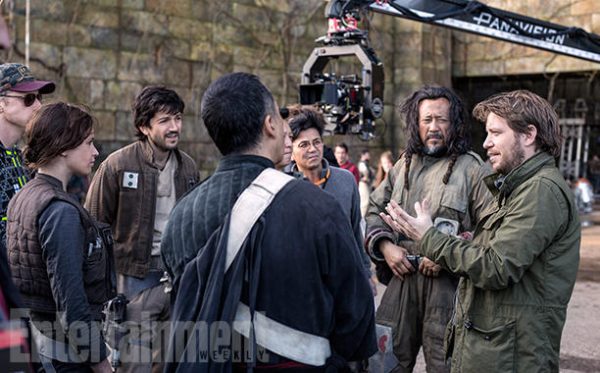 “There’s nothing about the story that’s changing, with a few things that we’re picking up in additional photography,” added LucasFilm president and Rogue One producer Kathleen Kennedy. “I think that’s the most important thing, to reassure fans that it’s the movie we intended to make.”

Most importantly of all, they’re adamant that this film will remain in the spirit of the originals: “I’d definitely describe it as: It’s got dark tone,” said Edwards. “The studio has been very supportive of that. I mean, the sort of tone we were going for when we started was the tone you have in films like The Empire Strikes Back. And that’s not in any way been compromised.”

Rogue One will be smashing its way into cinemas December 16, reshoots and all!