Rogue One: New Faces And Old!

Rogue One: A Star Wars Story is set to feature some familiar faces alongside the new ones! We’re well acquainted by now with Felicity Jones as Jyn Erso, and her rebel crew, and a cameo from Vader himself is eagerly awaited … but here’s an idea as to who else we’ll see!

Some pretty sharp eyed viewers took the new Rogue One footage released at the Star Wars celebration, and noticed what looks to be Bail Organa! Princess Leia’s adopted father is of course a Senator based on Alderaan … which we see destroyed in A New Hope! 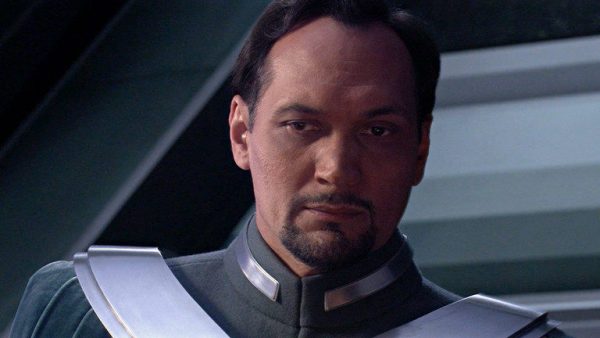 Jimmy Smits portrayed Organa in the prequel movies, and it looks like he’ll be making a comeback, giving us a little more insight into this character before he’s sadly obliterated!

Gareth Edwards has also been talking to EW about some of the new aliens we’ll be meeting.

“It wasn’t like, ‘We’ve got this character, we need to design a creature for it, and here’s what this creature’s like,’” Edwards said. “It was more like we told the creature department to come up with a thousand ideas, and then it was like casting the movie. There were walls and walls of these different types of characters that we could’ve picked from. We just went through them, like, ‘God, he’s fascinating…. Who’s that…? And she looks amazing…! And what’s that there?’ Slowly, we got it down to our top hundred, and then it got even more refined.” 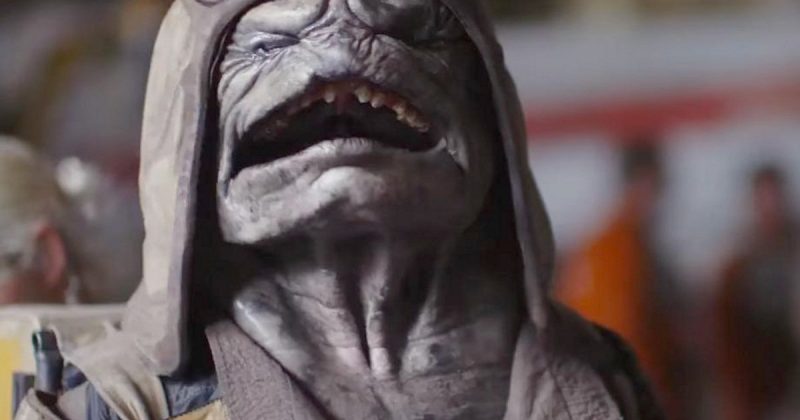 Pao, a platoon leader nicknamed “Bigmouth” is first up. “There was this great design of this creature that’s mouth would open really wide, and he looked like he was really good at giving orders and shouting at people during a battle,” Edwards said. “I was like, ‘We’ve got to give him that moment in the film,’ and so [Pao] was born out of that.” 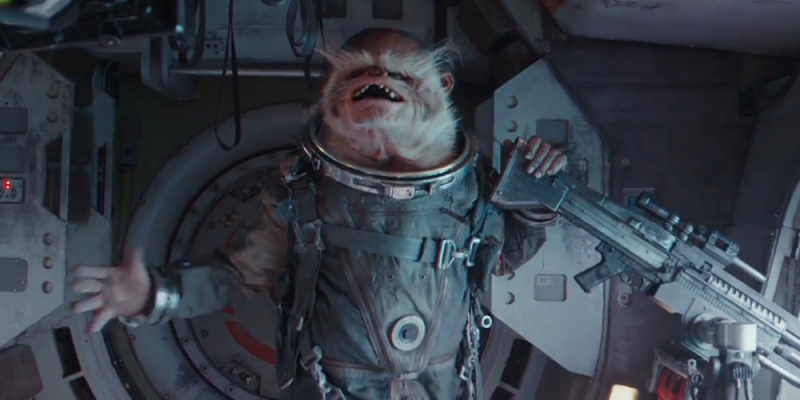 Bistan aka Space Monkey is a gunner. “It’s not necessarily a character that we get to know, but I think he has a very memorable, iconic look,” said Edwards. “[He’s] one of my favorites. I can’t give away what happens to him.”

We can’t wait to see these guys in action! Rogue One whizzes into cinemas December 16!