By: Steven Chaitman | Movie News | March 29, 2012
One of the defining comedies of the 21st Century will be getting a sequel. Ron Burgundy and the Channel 4 News Team are coming back to the big screen for Anchorman 2.

Burgundy himself (Will Ferrell) went on TBS late show Conan to play some jazz flute, insult Conan O'Brien and announce that Paramount has agreed to make the sequel. You can watch that video below.

Paul Rudd, Steve Carrell and David Koechner will also return, and presumably Christina Applegate, though she hasn't been confirmed. Ferrell will co-write with Adam McKay, who will also return as director.

It might smell of Paramount trying to cash in again on a beloved property, but this news is a victory of sorts. Ferrell and McKay had battled Paramount in the past about making this happen. Back in April 2010, McKay said that all the major stars were on board and had agreed to take substantial pay cuts, but Paramount still passed on the opportunity according to a Tweet from McKay, who seemed awfully sour about it. 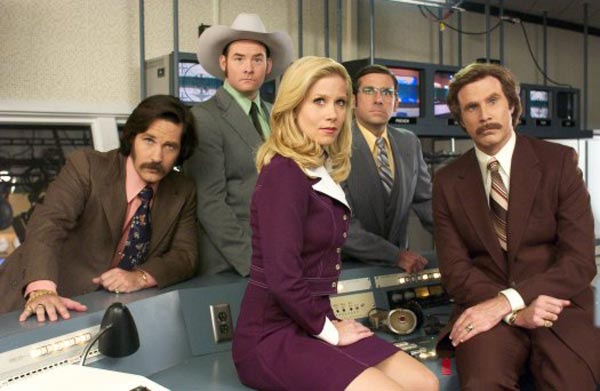 Two years later and Paramount has apparently changed its mind—it will be interesting to hear what McKay says made them say yes. No time table on when it will go into production or be released, but this very public announcement assures that the studio won't be able to back out without a lot of people knowing about it.

In the world of social media, studios should announce more projects like this (though it only really works for sequels). The Burgundy announcement circulated well on Facebook and Twitter, assuring a big buildup for this movie and ultimately what will surely be a financial success. Anchorman made about $90 million in 2004 off a $20-million production budget.