Rosie O'Donnell, comedian, actor and talk show host. Whether you like her or not, her controversial acts will be published in a 32 page biographical comic published by Blue Water Comics (another addition to their Female Force line) and is set to be released early next year.

Written by Dan Rafter and drawn by Kristopher Smith, the comic focuses on well known moments like her argument with “The View” celebrity Elisabeth Hasselbeck, arguments with Donald Trump, her time as editor for “Rosie Magazine” as well as shedding light on all the activism work she does.

“I imagine that most people have no idea what a varied career, and what a busy life, that O’Donnell has enjoyed,” said Rafter.

It tells of one of her biggest activist movements in allowing gay and lesbian couples to adopt, and details of her success in ending such a ban in Florida. 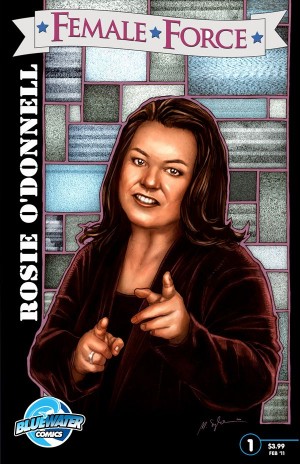