Rumor Has It: Rachel McAdams for ‘Passion,’ Quibbles on ‘Thor 2,’ and More

Welcome to Rumor Has It, Player Affinity’s new weekly roundup of highly buzzed-about movie rumors circulating throughout Tinseltown. On this week’s docket, we have rumors about Spike Lee’s Oldboy remake, Brian De Palma’s Passion, and Thor 2. 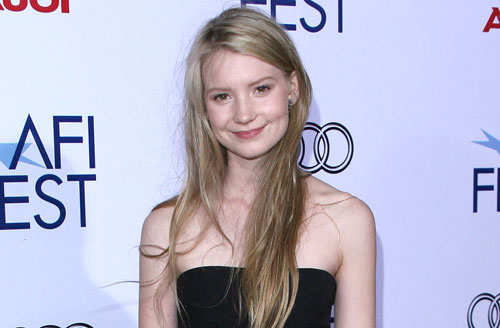 Spike Lee’s upcoming Oldboy will re-envision the Park Chan-wook feature of the same name. Following the story of a man seeking his former captor alongside a young woman, the film’s already snagged Josh Brolin to play the protagonist.

The film needs two more actors to sign on for leading roles. Oscar winner Colin Firth and The Girl with the Dragon Tattoo star Rooney Mara passed on their respective offers, but replacements might come from Clive Owen and Mia Wasikowska. Moviefone relays that the two actors were offered the roles once proposed to Firth and Mara. If they both took on the project, Owen will play the captor and Wasikowska will fill in the role of Brolin’s female companion.

Brian De Palma made a name for himself with the 1976 horror flick Carrie and the 1981 remake of Scarface with Al Pacino, but his films as of late haven’t found as much success. He’ll be returning to the scene for the first time in five years with the feature Passion, adapted from last year’s French drama Crime d’Amour.

Noomi Rapace, from the original adaptation of The Girl with the Dragon Tattoo, has already signed on for a role, and now it seems that Rachel McAdams might star in the film as well. Thompson on Hollywood brings us the update, though nothing is certain just yet. Interestingly enough, there’s no word on which character Rapace will play in Passion. Consequently, we have no idea who McAdams will portray if she signs on for the film.

Thor arrived this summer with enthusiastic response from fans and critics. Even so, some were understandably disappointed in its weak interpretation of its female characters. News that Patty Jenkins, director of the Oscar-winning biopic Monster, would be taking the helm of its sequel, suggesting that the women of this franchise might have better representation this time around.

Not only that, this “would have made [Jenkins] the first woman to direct a superhero tentpole.” Unfortunately, that’s not happening. She was kicked out of the film, and while the exact reason isn’t known – but can be easily speculated – Thor star Natalie Portman isn’t thrilled about the decision.

The Hollywood Reporter relays that although the Oscar-winning star of Black Swan has to stay on board due to her contract, she’s very upset about Marvel’s decision to fire Jenkins. Marvel’s reportedly keeping her in the know on any future developments in the directorial department. Daniel Minahan and Alan Taylor, famous for the Emmy-winning fantasy drama Game of Thrones, are currently being considered as Jenkins’ replacement.