Rumor: Horizon Might Be The New Game From Guerrilla Games

"Robot Dinosaurs Seem To Be Hunting You In Horizon "
By: Zack Zwiezen | PS4 News | September 17, 2014
Gamechup.com has found some interesting details about a possibly unannounced game from Guerrilla games. We know that Guerrilla Games, the developers of the Killzone franchise, are working on something non-Killzone. Now we might have some information about this unannounced game. The game is codenamed Horizon and we have some possible concept art and story details. This is all rumor and so some of this, all of it or none of it could be true. But what has been revealed does seem pretty legitimate and possible.

Horizon will be set in a vast open world, which the source claims is comparable to The Witcher. The source, who is a Neogaf user by the name of Shinobi who is fairly reliable when it comes to stuff like this, had more to say about the game. He said Horizon has a dedicated single player campaign and will include gorgeous environments ranging from tundras filled with ice and snow to vast, tropical jungles. Throughout this open and varied world players will be able to find cool weapons and interact with tribes and small villages. As the artwork implies there will be a co-op aspect to the game, but it sounds like Horizon will be very "single player friendly". 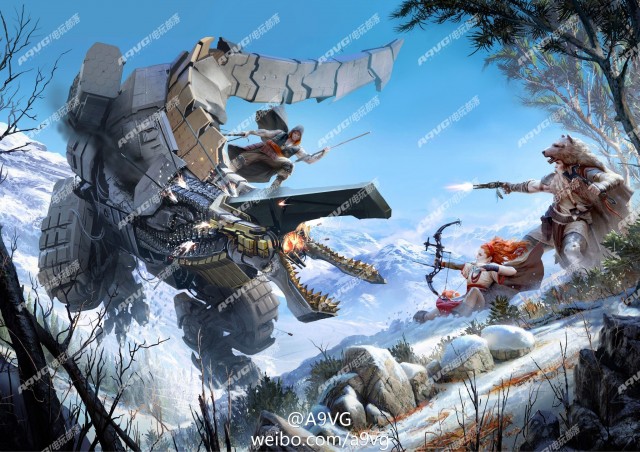 Some information from Horizon's story has also supposedly leaked out. The information comes from a person who claims to have been in a focus testing group.


Let's see based on what I can remember. The game is set in a post apocalyptic future where robots have evolved into animals/dinosaurs and humans have devolved into pre-civilization tribes of Hunters/Gatherers who are surviving off the land making weapons and armor out of robot parts. You play as one of your tribe's hunters who's this girl that is fascinated with exploring the ruins of our old civilization. They showed us some early concept gameplay, it seemed like one of the more unique aspect of the gameplay was that your character uses rope arrows to tangle up those giant dinobots like AT-ATs in Empire Strikes Back. They make it seem like there would be either class based co-op or your character would have some sort of NPCs fighting along side her. It seems like an open world third person action RPG and they claim the map will be extra huge.

That's all I can really remember off the top of my head, everyone in the focus group was really interested and excited about this whole rope tangling mechanic so I wouldn't be surprised if they flesh that out some more.


Again there is no solid proof of what this person is claiming, but it does seem to line up with what Shinobi revealed and what the concept art seems to show. The concept of fighting off large robotic dinosaurs sounds pretty exciting. Guerrilla games is known for making gorgeous games, like the recently released Killzone:Shadow Fall. If these concept art images and details are anything to go by this game could end up being pretty impressive. 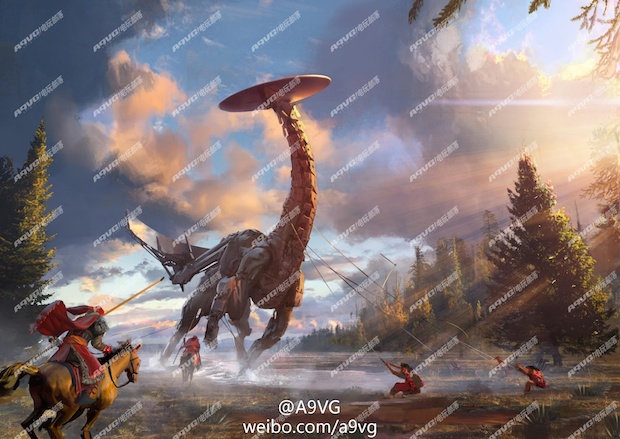 Sony hasn't announced anything about Horizon, which sounds like an open world action RPG with some co-op elements. Rumors are that E3 2015 is when we will hear more about the game, but Shinobi does say that this leak might cause Sony to reveal more sooner. We will have to wait and see when and if more is revealed about Horizon.
[Source: Gamechup.com]