Had enough of Starcraft II yet?  If you are, or were never into Blizzard’s style of strategy, there’s a new RTS game just on the horizon. RUSE is a WWII strategy game by French developer Eugen Systems. It is set in various theaters of war during World War II, and lets you command the armies of assorted Axis and Allied nations, including the French.  You can insert your own France WWII joke here: 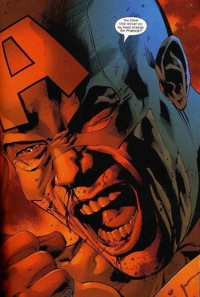 "Surrender?  You think this letter on my head stand for France?"

Now that that’s out of the way, I can address the game’s innovative “Auto-Surrender” feature.  Okay, that was the last France joke, I swear.

Although the WWII setting has been used many times before, RUSE has an unusual zoom feature that lets you take a close-up view of the action where individual soldiers are visible, or you can scroll out to view the battle from a general’s POV in which large groups of units are seen as icons on a map.  Players can also choose various magnifications between these two extremes.  This makes it very easy to keep track of how the overall battle is faring, and looks damn pretty while being a useful source of information.  The effect needs to be seen in real-time to fully appreciate. 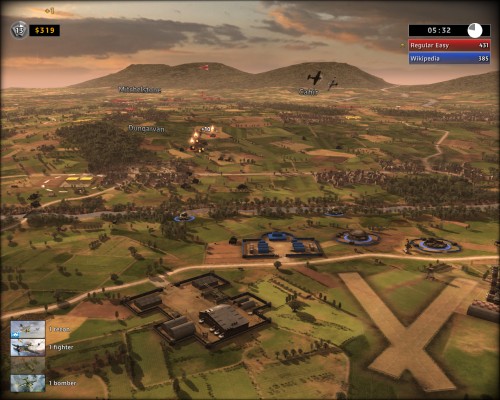 It plays much like a RTS version of the turn-based Advance Wars franchise, players compete to capture “Supply Depots” which are placed around the map, and each supply depot provides a small amount of the game’s only resource, money (Much like capturing cities in Advance Wars).  Instead of building bases crammed into strategic locations, players have to construct their building along existing roads, which adds an extra layer of challenge when planning bases.  The game also takes terrain into account much more than a typical RTS. Forests and towns are sprinkled around the maps; placing your units in them will give you bonuses to defense and damage.

The eponymous Ruses are temporary buffs used to trick enemy forces, or boost your own units.  The game relies heavily on reconnaissance and the fog of war, so laying ambushes and sneak attacks along with using ruses is essential to victory.  It’s less about rock-paper-scissors and more about actual strategy and tactics.  Units are manufactured quickly compared to most RTS games, and some of them have very long range to their attacks, which is quite surprising to those of us who are accustomed to the close quarters of Starcraft and the like.  The large scale of the battles and the option to zoom in and out gives RUSE quite a unique feel.

Controls are simple, but the emphasis on ambushes and trickery should appeal to the hardcore crowd.  Of course there’s a huge difference between tricking an AI and matching wits against a human strategist. It has a single-player campaign that only uses the American army, the baseline “Well-Rounded” faction, but there are six factions available in the multiplayer with matches supporting teams up to 4 versus 4.

The game was delayed numerous times; it was originally scheduled for late 2009 then earlier this year, but it looks as though the extra time has been out to good use.  RUSE comes out for PC, XBox and PS3 on September 7th.