Ryder on the Storm #3 – Review

I learned something from this comic, Deamons get stronger with inbreeding… and they all sleep with their mothers. Ryder on the Storm concludes in the most logically way it can and that steals a lot of the mystery that made the series stand out originally. If you need a refresher I recommend reading our review for the first and second issue before continuing.

Ryder learns that the deceased is actually his brother which is a little weird since he’s now sleeping with his girlfriend… and his mother at the same time. Ryder, while having a gun pointed at him by his brother’s lover, she confesses to him about how she killed him. It was basically an attempt to save him from his deamon self. This leads to a larger plan of stopping the deamons from over taking the city. But to do so Ryder, Monk and the girlfriend must put them in harm’s way to do it. 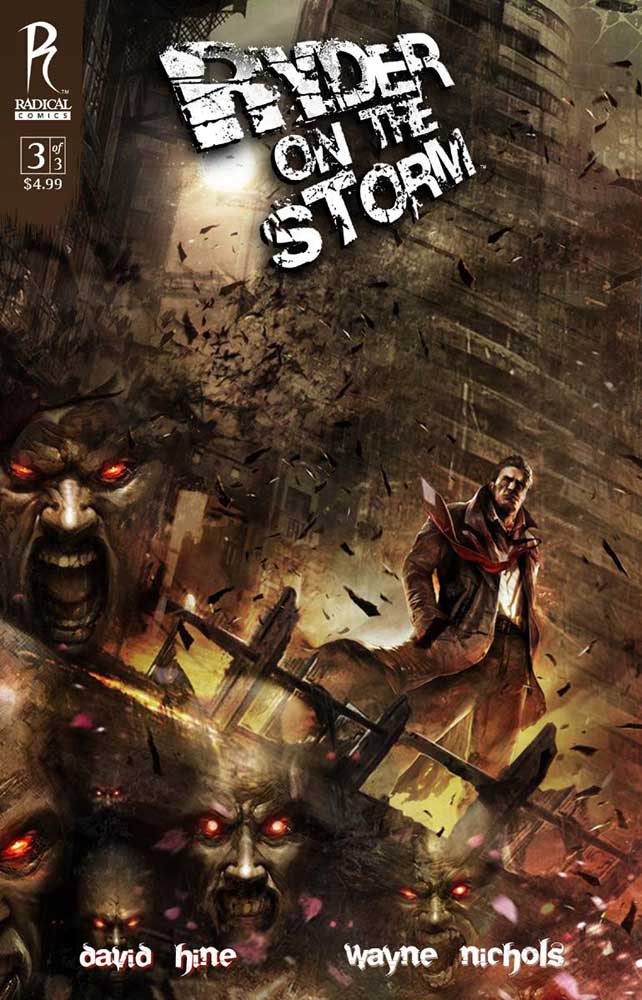 Frankly the issue wasn’t that great and was basically just one big reveal after another which is rewarding for people that will eventually read the series collected, but as a standalone issue it does little in the way of character development. It just pushes the story forward one reveal after the next until ending in the only place it can. Which isn’t a bad thing, but it’s just not very exciting.

What does make it interesting is the illustrated artwork. It makes any scene of dialog interesting to look at with its pulp crime novel look mixed with a modern society. The illustrations give it a very real world look to it, especially when dealing with humans or even the queen deamon. But the art then tends to look plastic-like when it comes to the regular deamons.

If you haven’t been reading the story I would wait for the hardcover or trade so that you can get the story all in one shot. If you’ve been following the book from the beginning you’re basically going to be reading to see if you were right all along as the ending presents itself early on in the book. As far as endings go the book isn’t half bad, but could have been stronger.