"Solid as The Rock"
By: Steven Armstrong | Movie Reviews | June 1, 2015
A movie called San Andreas could only be about one thing: Earthquakes! Absolutely no two ways about it. We're not talking about a series of your run-of-the-mill quakes that knock over a few buildings and put a couple cracks in the ground. We're talking about a kind of quake so massive that its effects could be felt from coast to coast. Serious business, right? What's more serious, is that we have The Rock himself, Mr. Dwayne Johnson, as the man to lead us through the catastrophe that when all is said and done, is the largest and most devastating earthquake on record. Nothing else to it. We have many of the formulaic pieces in place that you might see in most other disaster films. The 2009 Roland Emmerich film 2012 comes to mind, and could very well be seen as a sort of model for San Andreas. Off the bat, much of this movie is quite predictable in terms of what happens and in terms of the characters, who could essentially be reduced to "types". The loving father and husband estranged from his wife, the wife's jerk new boyfriend, the scientist (or seismologist) who provides much of the film's exposition via scientific jargon, the damsel in distress, etc. 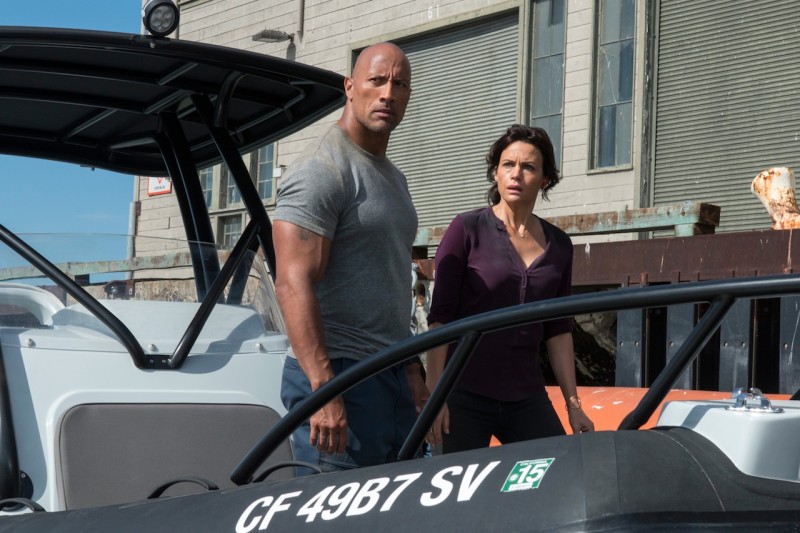 This isn't to say that San Andreas presents us with nothing fresh and surprising because it does. It also manages to employ a certain degree of subtlety, which is refreshing. Without giving anything away, some pleasantly unexpected pieces have to do with interesting character bits that show us who these people are. The best of which are shared with us via Dwayne Johnson, who is probably the most interesting character of this movie as Chief Raymond Gaines. He is the classically strong, confident hero whose heart is gradually revealed to us, and the result is like a surprisingly tasty treat. Johnson humanizes the big, tough guy persona in a way that feels wonderfully authentic. Every scene he's in is infused with a particular energy, coupled with vulnerability that makes Raymond Gaines easy to root for. Other treats include the obvious chemistry between Johnson and Carla Gugino, who plays Raymond's estranged wife Emma. The pair first worked together in 2009's Race to Witch Mountain, in which they ended up together. This movie could be viewed in some spiritual way as a different phase of their relationship, a separated married couple who have been through some of the struggles and challenges, which ultimately could lead to estrangement and/or divorce. The dynamic between the two is rich with a whole history being suggested beneath the surface and any conflict between them feels organic. There is a sense that we are catching a glimpse of a nuanced and full relationship. 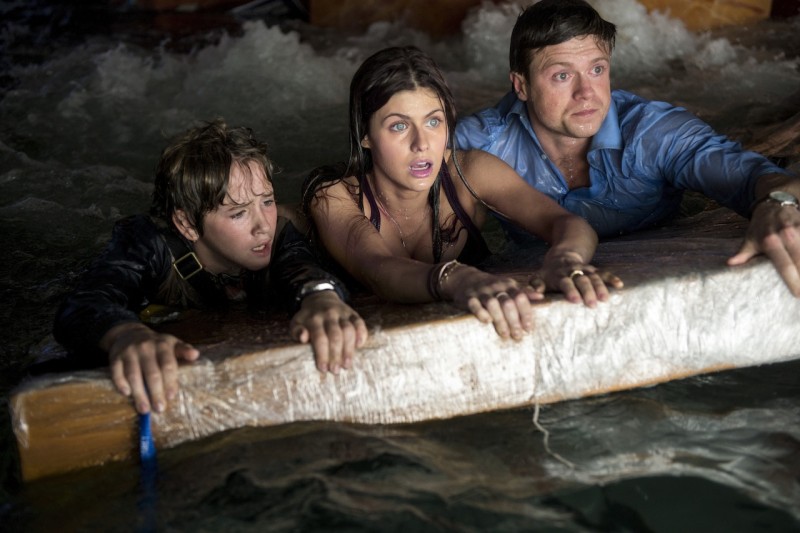 Some of the more ridiculous elements that one might find harder to buy, include a forced romantic subplot thread between Raymond Gaines' daughter Blake, played by Alexandra Daddario and Ben, played by Hugo Johnstone-Burt. When the two meet, we know exactly where things go for them. In considering the fact that they experience a life-altering disaster, which aids in intense bonding very quickly, it is conceivable that the two could end up in a romantic relationship. However, it doesn't necessarily mean that they should. It feels a bit like a cop-out because there is enough of a romantic thread with Ray and Emma that anything else feels unnecessary. The inclusion of Ben's younger brother Ollie, played by Art Parkinson of Game of Thrones fame, is also unbelievable and something this movie could have done without. The only good to come out of the interactions between Blake, Ben and Ollie, is the depiction of Blake as a capable leader in her own right who is able to think on her feet, which is a nice reversal of the scenario where the male characters always seem to know what to do when the going gets tough. 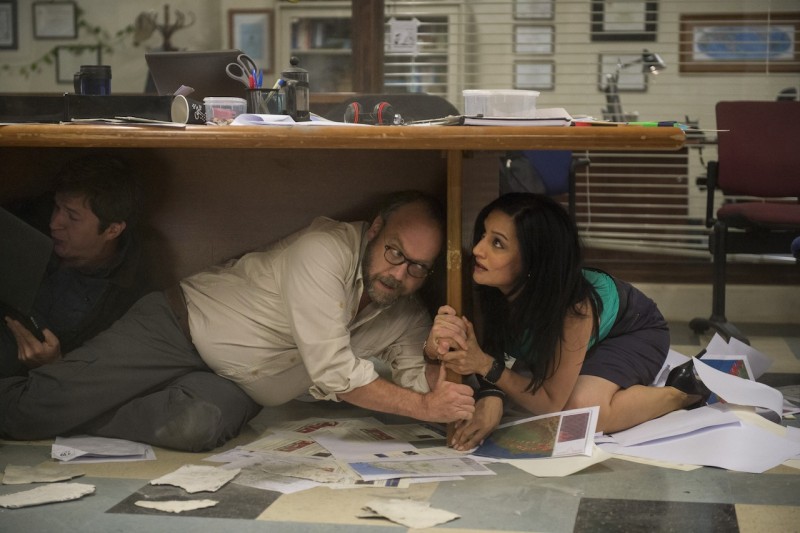 This is a solid and fun disaster picture that boasts impressive visuals, some of the best around. The scale of the destruction is appropriately massive and well rendered. San Andreas comes packaged with better character moments than can be found in some of the more recent films cut from the same cloth. It is big and loud, but it also allows space for some nice quiet moments. It isn't very cerebral, but it doesn't need to be when it comes equipped with The Rock and a surprising tenderness that shows itself during the film's more true human points. As a Californian living in earthquake territory, a film like this makes one think about the real possibility of the next big quake. As much as San Andreas serves a purpose as an entertaining summer blockbuster popcorn film, it also serves as a reminder of the importance of earthquake preparedness, nudging us to ponder the film's tagline question: Where will you be when everything falls apart? Hopefully, we'll be ready.
Rating
8.0
Pros