The first issue of Matt Fraction's new Image Comics series with Howard Chaykin, Satellite Sam, was a fantastic start. It was full of story tension and interesting character moments. Unfortunately, things stalled somewhat in the second issue, as a lot of exposition and talky talking slowed the pace down drastically. With the third issue, Fraction and Chaykin have rebounded with a solid chapter. It's not quite as revelatory as the debut issue, but moves the story along in a much more entertaining way that the previous issue.

If you're not familiar with the series, Satellite Sam is a story set in 1951 and centered on a successful children's television show called "Satellite Sam." In the first issue, the show's star, Carlyle White, turns up murdered at a small hotel where he had affairs with women and photographed them in "pin-up" style. Carlyle's son, Michael, is determined to find out what happened while also coming to terms with his father's secrets. He discovers that Carlyle's co-star, Kara Kelly, a former wild-child turned Evangelical Christian, was one of the many women his father photographed. In this issue, we learn that Carlyle saved Kara's life after she was badly injured attempting to have an abortion in Mexico. 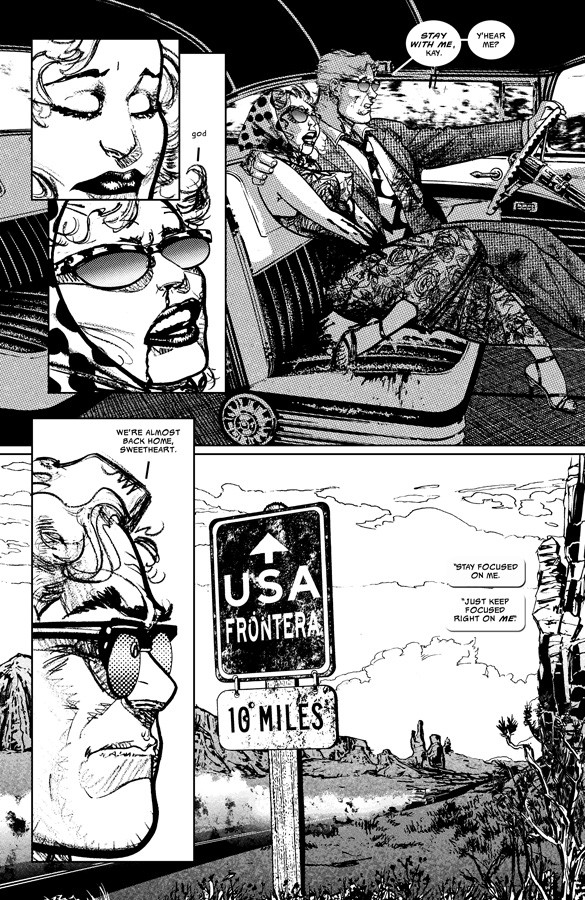 Just from that description, one can tell that this is a far different series than Hawkeye, Fantastic Four or the other series Fraction writes for Marvel Comics. Fraction seems to relish the freedom to explore R-rated material, as there are plentiful curse words and sexual situations (there is a scene in issue #3 where a woman literally sits on a man's face while her husband waits downstairs). For the most part, though, the series has not been transgressive just for the sake of being transgressive. It's a story rooted in sex and violence (as Fraction's NSFW Satellite Sam work blog makes clear), but also in family dynamics and the changing landscape of television in the early 1950s.

There are some obvious parallels between Satellite Sam and the true-life story of Bob Crane, the star of the television comedy Hogan's Heroes, who had an active and kinky sex life before he was found mysteriously murdered. Crane's story has already told in the excellent 2002 Paul Schrader film Auto Focus (with Greg Kinnear and Willem Dafoe), and Fraction smartly makes this series his own story. Even if Crane inspired Satellite Sam, the series is not about him. Fraction also, on a stylistic level, seems influenced by Mad Men, Network and the TV work of Aaron Sorkin. 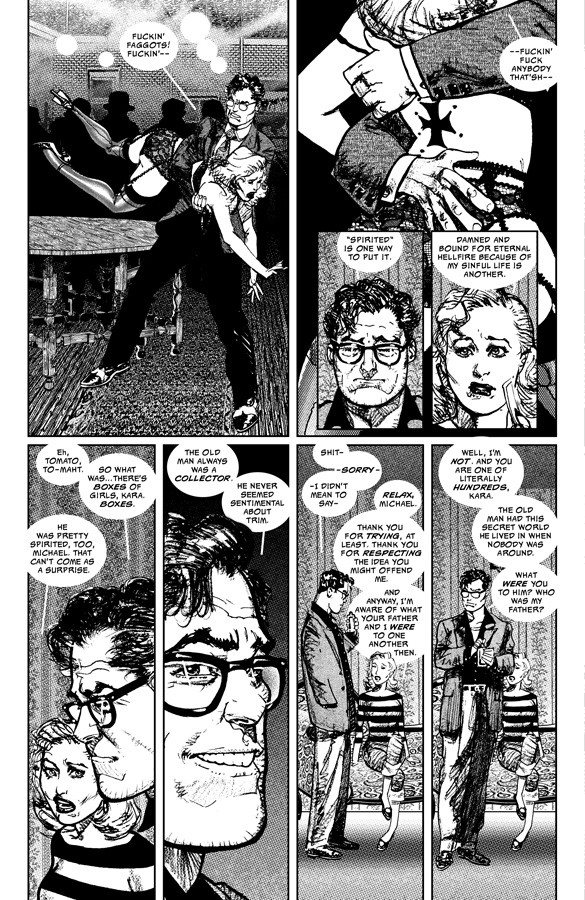 While Satellite Sam #3 does work for the most part – especially in the scenes between Michael and Kara – the other stuff isn't quite hitting the mark yet. There's been a storyline revolving around the TV station LeMonde, investors, and the evolving technology of television. The ideas are interesting, but this storyline isn't totally working for me yet. The characters are still loosely defined and it's not entirely clear what motivations each has. This issue doesn't hit the pacing stride of the first issue, either. Perhaps issue #1 set an unrealistically high bar for Satellite Sam, but it also showed the potential of this series.

Howard Chaykin has been drawing (and often writing) comics heavy with sex and violence since the 1970s, and he's a great choice to collaborate on this project. His scratchy-line style gives Satellite Sam a noir-ish feel, and he also gives both the settings and character faces a distinctive look. While Chaykin does capture the look of the TV studios well, his exterior shots of 1950s New York City in issue #1 were gorgeous, so I hope the series gives him an opportunity to do more time-capsule illustrations. 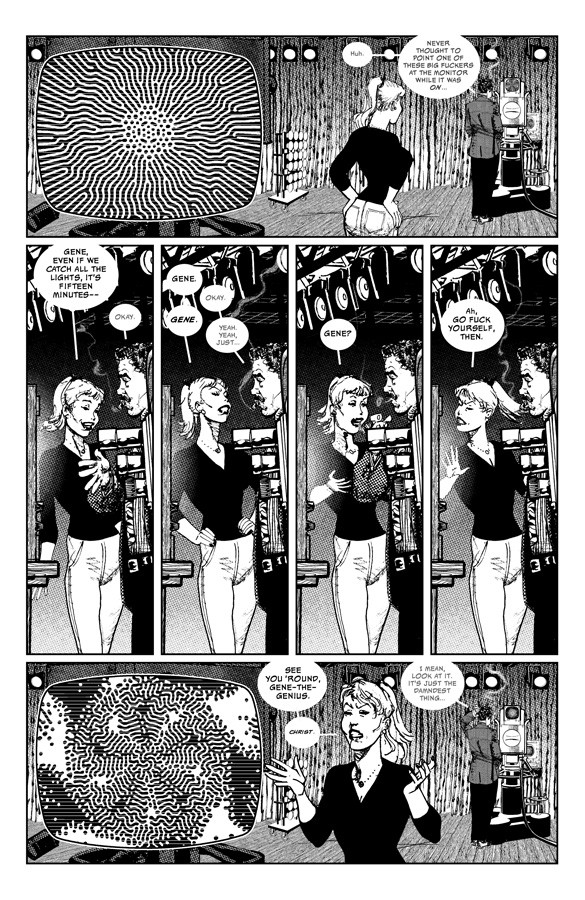 Satellite Sam will not be everyone's thing. It's a historical drama set in the world of television studios and seedy hotel rooms. However, it is a unique concept for comics, and Fraction has set in place a number of interesting elements in the series, including but not limited to the murder mystery. If the creators can find a way to make the supporting characters and the behind-the-scenes TV station material work better, Satellite Sam could be a great series. As it stands, it's still a very solid start.