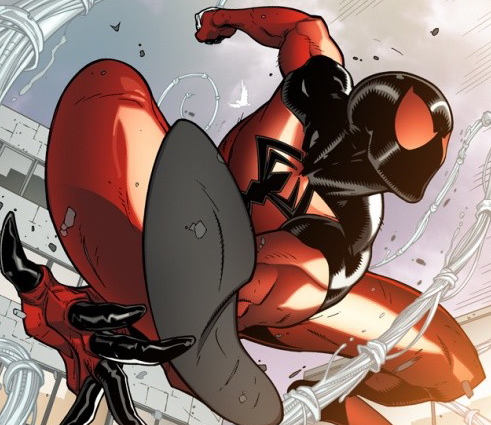 In this issue of Scarlet Spider we get to see Kaine wanting to leave Texas and continue with his new life and go to Mexico. But trouble in Texas brings him back to the state to save a girl that he left behind. After he saves the girl from a man for firepowers the town loves the Scarlet Spider and wants him to stay.

The cover for this issue I thought was pretty good. I liked the art for the cover because it is the same art as inside of the issue, which I think fits the Scarlet Spider very well. I also really loved the concept of this cover because this is exactly what happens in the issue. We get to see Scarlet Spider fight his first villain with firepowers. 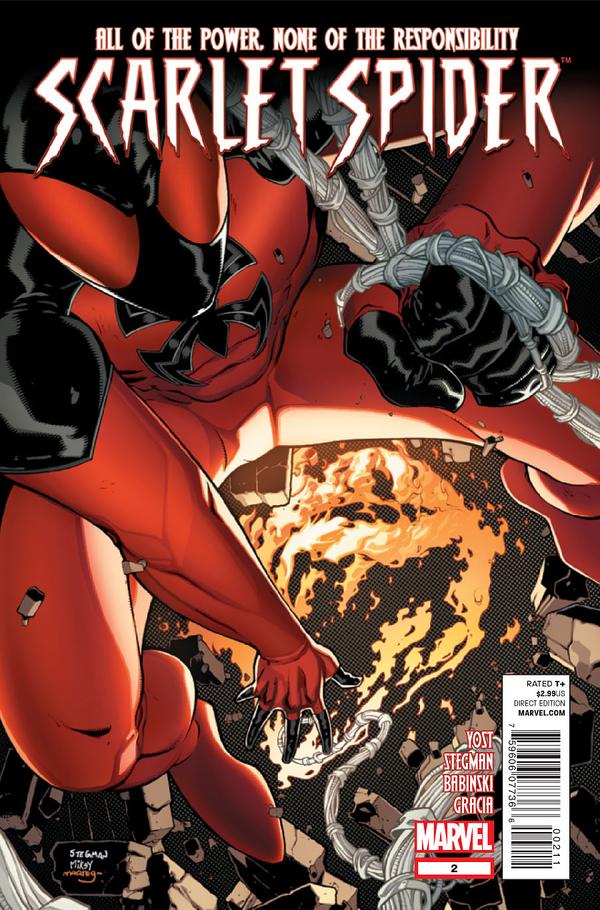 I also love that this series knows how to hold personal conflict with Kaine and an adventure story. We had a pretty entertaining adventure story with a girl that is very similar to Kaine. One of the reasons I think he went back to help her was because she reminded him so much of Kaine’s past. I think we have not seen the last of this girl in this series. It could be interesting if he ends up having to take care of her and having to take care of someone other than himself. That may end up changing Scarlet Spider’s attitude towards being a hero.

The art for this issue I thought was great for the series. I think it was perfect for Scarlet Spider’s character. I also really loved the action scenes with this art they did a great job with it. I hope they stick with it for the rest of the series.

I can’t wait to read more from this series and see more of Scarlet Spider. I think this is a series that is going to be a perfect under the radar series. I just hope it get the same success as some of the other under the radar series like Venom did. I say pick this issue and series up. I hope this series gets the success that it deserves in the end.