Scourge is a bit like I Am Legend (the film not the book), the streets are void of life and you can pretty much do anything you want; including driving a limo on subway tracks. Unlike Legend you have to deal with infected humans all of the time and they have grown significant strength and abilities so they can do one of the following: Kill you, eat you or infect you. Our story opens up with Officer Jon Griffin driving a limo down to the subway to escape a horde of infected. His passengers include his son, Jon Jr., Astor, a man who helped save his son and Ali, Jon Jr’s super smart substitute teacher.

Once on the subway tracks they begin talking about what the infected are doing and trying to figure out what they need to do to stop them. Because it’s a virus the military isn’t letting anyone off of the island of Manhattan, leaving them in a bad place when the scheduled nukes show up. Of course they’re in a bad place now as more of the infected attack the car. The group fends them off while still driving the car and Jon Jr. gets to witness his first murder. The team soon figures out a major clue as to what the infected are doing, but they can’t get the information to the military without going into the belly of the beast. 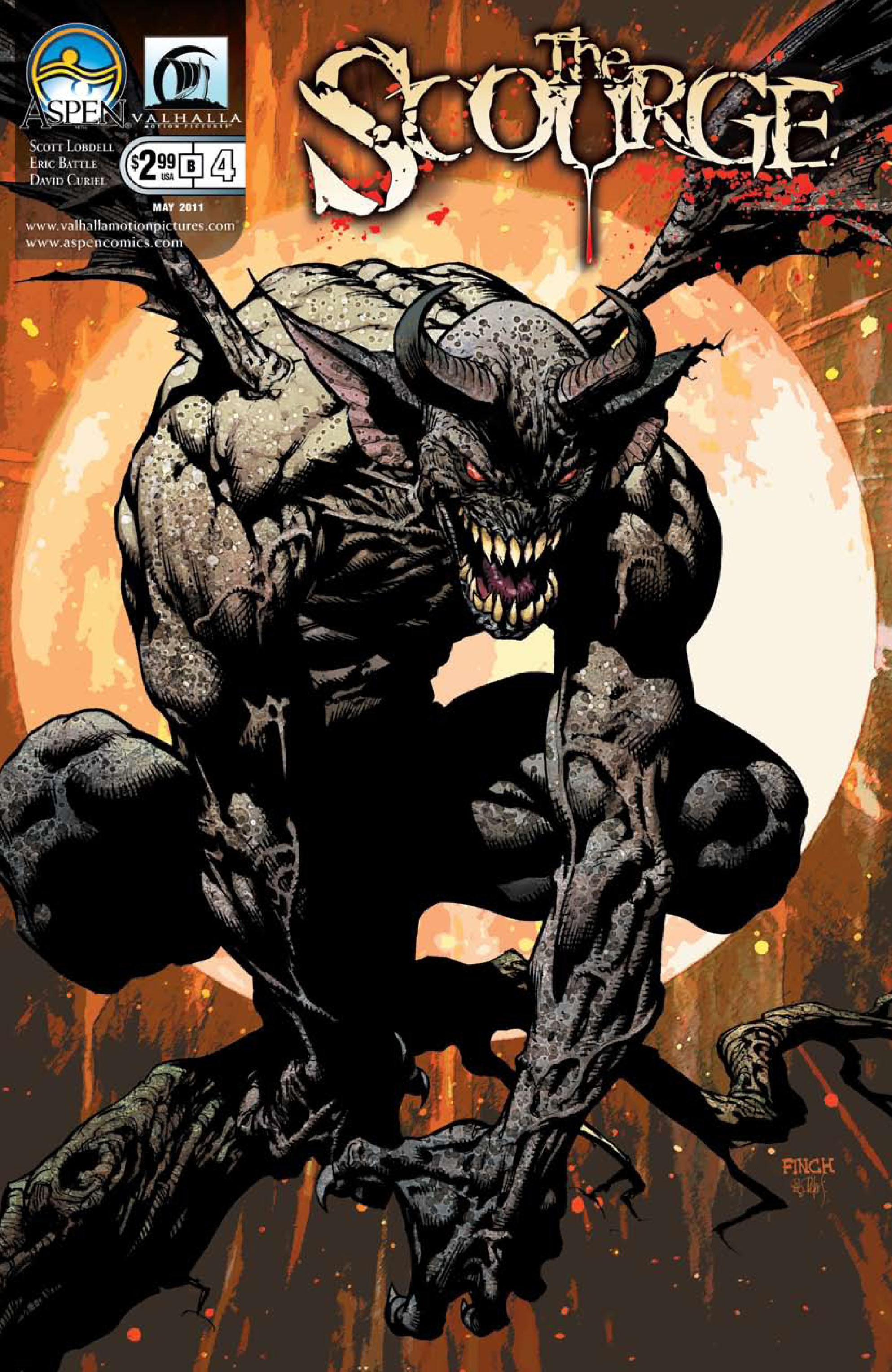 Do you like action? Because this book Does. Not. Stop! If this were a part of a movie it would only be two scenes and everyone would crap their pants watching the limo part. It’s really good action and frankly something that could only be done in a comic. Writer Scott Lobdell (Executive Assisstant Iris) does a great job of making this book feel like an action movie. The characters really aren’t equipped to defeat the situation at hand, but Lobdell’s writing forces you to sustain belief and allow this group to be the saviors of the story. He does this by having cheeky moments between the characters and using the kid to break the tension of the situation. Which is good because without everyone sugar coating it for the kid you wouldn’t believe for a second that they are going to make it out alive, but because of this the characters start to believe their own lie about their chances for survival.

The art has a very Darkness feel to it, meaning that there’s a lot of greyish blues and red tones and everything is super detailed. Eric Battles art is very impressive as he chose a lot of interesting angles and perspectives for the issue that are not usually seen in comics. The first page opens with a POV from Jon driving the limo towards the subway and it looks great. It also gives Lobdell the chance to catch the reader up with caption boxes without distracting from the art or the characters. Colorist David Cruiel does an amazing job with the color, especially on the lighting. There’s a real scenes of where the source of light is coming from and in general the color makes the book look great. If Cruiel isn’t exclusive to Aspen he needs to do some freelance at Top Cow so that they can see the difference in their current freelancers.

Personally I read the first issue of this book and it didn’t grab me and keep me reading. After trying out the fourth issue I have to say I regret that and wish I had stuck with it. This installment was action packed and was self-aware of the type of story it was, which allows the reader to not take it so serious and have fun while reading. If you’re looking for summer blockbuster that doesn’t disappoint then I recommend picking up Aspen’s Scourge #4 this week.

Overall Score – 7.8/10
*The story is recapped enough that if you’re new to the series you won’t be lost*