Berkeley, CA - 3 August 2010 - Just when you thought it was safe to wander through the woods and go skinny dipping at the beach, Jason Howard (THE ASTOUNDING WOLF-MAN) and Ryan Ottley (INVINCIBLE) showed you otherwise with the sold out SEA BEAR & GRIZZLY SHARK.

To reinforce the fear of mixed up and violent wildlife, Image Comics is reprinting SEA BEAR & GRIZZLY SHARK! This 48-page b 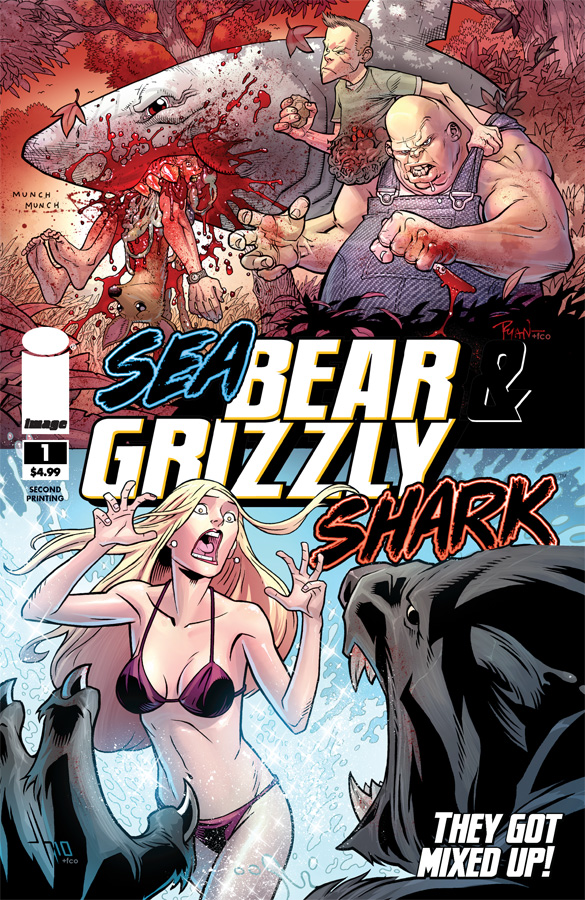 lack and white comic book will be available August 4.

Do not go out at night: GRIZZLY SHARK lurks in these woods. There are many dangers of the deep, but none so deadly as SEA BEAR! Thrill to the adventures of these two exciting new characters, told in two full-length stories and featuring a special prose origin story written by ROBERT KIRKMAN!

The second printing of SEA BEAR & GRIZZLY SHARK, a book that Ain't It Cool News describes as having "...exceptional art and a wildly unique story you simply won't find anywhere else," will be available August 4, 2010.