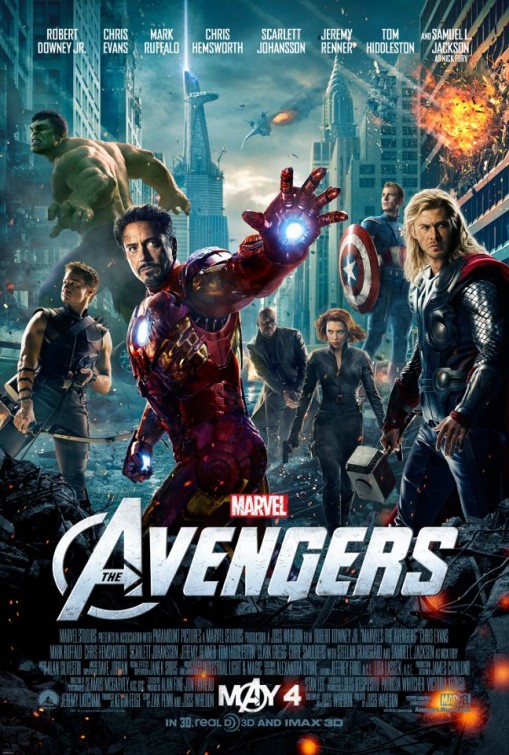 From teaser trailers to full trailers to TV spots and exclusive clips, there's been no shortage of footage for this summer's opening blockbuster The Avengers. Yet for all we've seen, the plot remains a mystery. This second full trailer brings us closer without really telling us anything we didn't already know. Interpret that as you will, but one thing's for sure: it still looks cool.

Each of the Avengers gets some solo time in this two-and-a-half-minute trailer. Nick Fury (Samuel L. Jackson) and Agent Coulson (Clark Gregg) announce that Earth is at war and kick-start the infamous "Avengers Initiative." They round up Captain America (Chris Evans), Thor (Chris Hemsworth), The Incredible Hulk (Mark Ruffalo) and Iron Man (Robert Downey Jr.), then pair them up with S.H.I.E.L.D operatives Black Widow (Scarlett Johansson) and Hawkeye (Jeremy Renner). New York City gets torn to shreds by some invading alien race (still believed but not confirmed to be the Skrulls) summoned by Loki (Tom Hiddleston) and these many egos must learn to play nice if Earth has a chance.

A lot of destruction in this trailer. It's as if the Marvel heroes have entered the "Transformers" universe, especially with that giant flying centipede chasing Iron Man at the end. The action looks strong, particularly the Iron Man sequences, but director Joss Whedon certainly had his work cut out for him.

We are just a tad over two months away from seeing the culimination of a massive four-year project. The Avengers finally assemble May 4.