By: Mitchel Broussard | Movie Reviews | July 8, 2014
I knew nothing of The Secret Life of Walter Mitty before seeing the profoundly moving trailers for the new movie last fall. Based on a short story by James Thurber and adapted into a film way back in 1947, the new Walter Mitty lands in the hands of Ben Stiller (its director and star) and writer Steve Conrad. A remake should not need any previous knowledge in order to be enjoyable, and the successful ones do just that: build off the original’s ideas and branch off into new, interesting paths inspired by their predecessor. Yet, while I watched Stiller’s Walter Mitty, I could not help but feel a deep sense of something missing. Nothing so simple like plot or story, but more of an idea; like there was an in-joke I was not privy to beforehand. Walter Mitty wants to move you, and it goes through all the motions to do just that, but it ultimately feels like a movie out of time. It is a lovely, admirable slice of entertainment, but its simple-minded attempts at Hollywood romanticism result in an emotionally inept and ultimately pointless fable of self-discovery.

The titular Walter Mitty (Stiller) is an archivist at LIFE magazine, and the movie opens with the announcement that the magazine is closing its doors. Mitty is a meek man-child who we first see daydreaming about saving his crush’s dog from a building that inexplicably explodes. He misses his train, makes it to his office, and daydreams some more about standing up to his spectacular douche of a boss (Adam Scott). If you know Scott from Parks & Rec, be prepared, he is the complete opposite of the lovable nerd he plays on that show. Here he is completely, unabashedly unlikeable, and though I found him grating and annoying, I realized that is what you are supposed to feel about him. He is actually one of the best things about the movie, in retrospect, because of the way he connects so vitally to his dickish character, in a way that Stiller never really does to his. The rest of the cast, from Kristen Wiig as the love interest and Sean Penn as Mitty’s idol and Shirley MacLaine as the mom, are all game and have pretty great individual moments with Stiller, too. It is just sad that most of them continue to serve the theme of the protagonist being the least interesting thing about the movie. 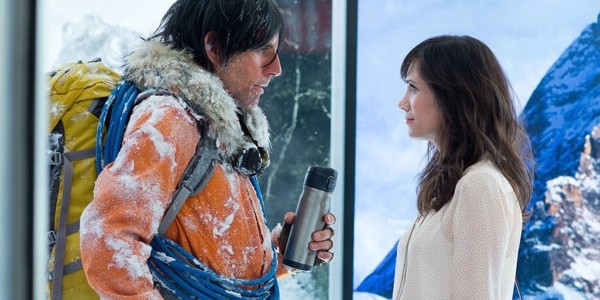 Soon enough, Mitty loses the image that popular photographer Sean O’Connel (Penn) took for the final cover of the magazine, and decides it is his job alone to find the missing negative and save the day. And though the movie, up to this point, was cloying, it was not yet ham-fisted. It is sort of easy to sympathize with a friendless daydreamer who wants more out of life. The misstep the movie makes is that Mitty, in true Hollywood fashion, ends up getting exactly what he wants. The dream sequences early in the movie, simultaneously fun and tremendously off-putting, transition into sequences of heightened reality. He jumps into the ocean and fights off a shark; he skateboards expertly down a treacherous path in Iceland; he outruns an erupting volcano; he, essentially, becomes Ben Stiller in Tropic Thunder. 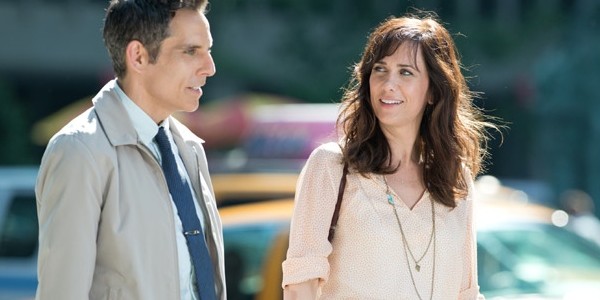 It’s a fantasy; you want to root for the guy because you want to be able to see yourself doing the same. But something about it does not click. Maybe it is the idea of Stiller directing a movie where he gets to do all these awesome things and essentially be the “cool guy.” Probably it is the awkwardly handled message of dreams becoming reality if one just gets out there and tries. It is an admirable theme, but it gets treated here as more text than subtext. There is nothing wrong with saying something big and obvious and loud, but the movie you say it in has to be sly and subtle and careful about it (Take Wall-E ‘s environmental message for example). The opposite works, too (Sort of like Inception). Walter Mitty wants to choose Door 3 where Door 3 does not exist. It wants to be a big, fun, silly action movie and have a big, dumb, obvious message to say. Maybe a defter hand could have directed it to a better final product, or a subtler script could have eked out an emotional core. In the end there is something false about it that prevents it from becoming true escapism. 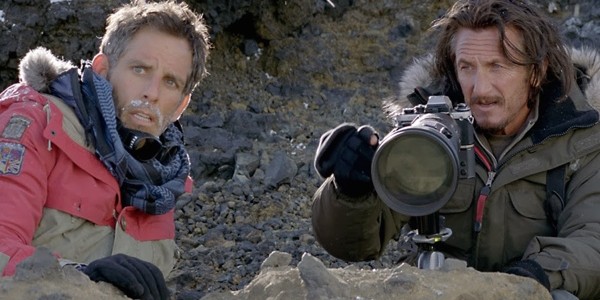 The Secret Life of Walter Mitty is not terrible, though. It is admirable in its attempts at big ideas and deep emotion, but it ultimately does not know what to do with them. Once Mitty finds the elusive negative for Life’s final cover, you wonder what it could be. A dozen possibilities flash through your mind, and maybe, if you are like me, you will wonder if the movie will pull off its smartest trick and end before the negative image is revealed. Walter Mitty is not so subtle, and neither is that negative. In retrospect, it is the perfect microcosm for the movie: cloying, ham-fisted, and ever the slightest bit pretentious. In the end, it is ambition that does Walter Mitty in. Stiller is admirable in his attempts at gleaming lessons of living your life to its fullest and grabbing the bull by the horns, etcetera, but he does not do anything interesting with them. A cliché told in a new story is still a cliché. Maybe a different writer/director team could have really wringed Mitty for all he is worth. But Stiller’s version is what we got, and though it is not out-and-out bad, it is inarguably disappointing that more emotion and character depth comes out in its two-minute trailer than the two-hour film. Walter Mitty, and Stiller alongside him, reach for the stars over and over throughout The Secret Life of Walter Mitty. What they end up grasping is air.
Rating
5.5
Pros