The original Section 8 was a unique and innovative science fiction first person shooter that set you as a member of the titular Section 8, a space military force of the future which drops in from orbit to protect mankind's colonies across the galaxy. It received generally positive reviews but didn’t quite make the splash in multiplayer gaming that the developer TimeGate hoped it would.

Section 8: Prejudice is the sequel to the original and in it you take control of Alexander Corde, the hero of the first game as he continues the fight against the Arm of Orion. The game picks up directly following the end of the first, but the story in Section 8 really is second place to the gameplay and while I can’t say I entirely understood what was going on (bear in mind that I did not finish the campaign of the original), I did find the campaign pretty entertaining thanks to the way it teaches you the mechanics that you need to understand for the meat of the game, the multiplayer. 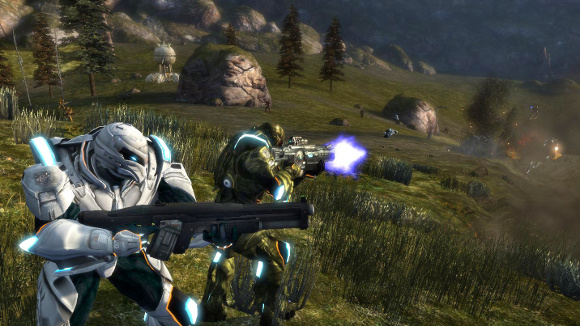 Section 8: Prejudice has obviously been influenced a fair bit by the Halo series, in particular the last game Halo Reach. The original Section 8 had a bit of a feel similar to Halo as well and Prejudice goes as far as to take features from the last Halo game and implement them in this new game. A key example of this are the new Fatality melee attacks that allow you to take out enemies with a cool melee attack animation much like Halo Reach’s Assassinations.

One of the more original gameplay mechanics that Section 8: Prejudice features is its spawning mechanic. Rather than just appearing down on the battlefield, you shoot down from orbit and control yourself as you descend towards the battlefield. It’s definitely one of the cooler elements in the game and it’s criminally underused in the single-player campaign.

Like any good elite military force, Section 8 is always prepared. By completing objectives you earn points which you can use to bring in additional support in the form of turrets, vehicles and supply depots. You also have an plethora of options to customize your character. There are a variety of guns and each can be modified with different ammo types. On top of that, you can carry two equipment types and have a number of skill points which you spend on leveling up your perks.

The real appeal of Section 8: Prejudice comes from it’s multiplayer and it features three different modes for you to play online or with bots. The primary mode is Conquest, in which two teams compete to control four or so points and must balance this with completing dynamic and constantly changing objectives. This is probably the most fun of all the modes as the constantly changing objectives keep things fresh. One moment you’ll be escorting a convoy the next you’ll be trying to kill off an enemy VIP.

Conquest mode was in the original Section 8, but TimeGate is pushing their new Swarm mode in Prejudice. Swarm is a mode whereby you work with other players to hold a position while hordes (or swarms, if you like) of enemies try to overrun you. While many FPS games these days feature wave survival modes like this, Section 8’s Swarm mode is particularly good. The games last mode is Assault and in that mode two teams race to capture a group of control points. This is without a doubt the worst of the three modes because the rounds go far too quickly. 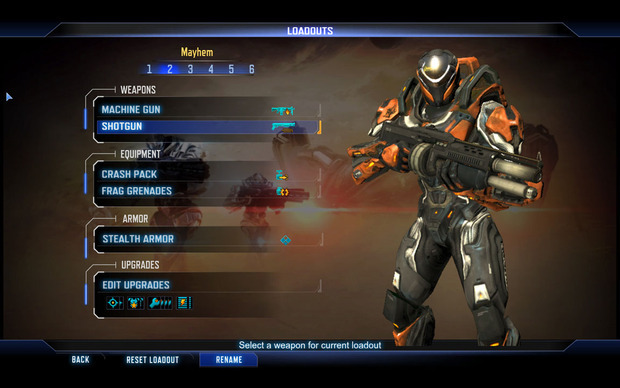 The graphics of Section 8 aren’t going to blow you away but they do suit the game well. They aren’t amazingly good and look dated at times but they are smooth and decent for the most part. It was made using the Unreal 3 engine and like a lot of games made with that engine, it occaisonally suffers from some frame-rate stuttering and texture pop-ins which unfortunately mar the otherwise solid technical performance. It features a fairly solid variety of environments for you to fight in and they feature all the video game staples - An Ice level, a lava level and everything between.

The soundtrack isn't the best, but it does bring a cool epic mood to the action on screen. The voice acting was average and I noticed that a large majority of the voice acting I heard in the game sounded Australian. While I’m all for Australians in more voice acting roles, I’m not sure that they quite fit in the context of the game.

TimeGate have absolutely nailed the difficulty curve in Section 8: Prejudice and they hit a perfect balance between keeping the game challenging and making you feel like a badass space marine drops in from orbit.  I will say that the best way to describe Section 8: Prejudice is that its a good game that does some cool stuff and it’s well worth its fifteen-dollar price tag but if you approach it expecting it to be the next Call of Duty you’ll be disappointed.