Owners of the Xbox 360 version of Battlefield 3 hoping to frag each other out over Xbox Live have been severely disappointed as frustrated gamers have reported on EA’s forums and elsewhere of frequent server crashes. EA has responded via Twitter that the issues have been resolved, yet ongoing maintenance is still occurring. Gamers, however, are still reporting issues with servers and the Battlelog service. A user posted on the rllmuk gaming forum that only 10 servers were running worldwide. EA has announced that they shipped 10 million Battlefield 3 units worldwide.

Frank Gibeau, EA Games Label President attributed the instability of the servers to “unprecedented and historic peaks in terms of the activity that we’re getting from the Battlefield community and players, and it’s caused parts of our networks to experience some outages.” In regards to getting the servers running again, Gibeau said that “We were very rapid in our response there. We were able to get those back up. We feel like we’ve really gotten a handle on it now, and the service as it scales to the release in Europe this weekend, should be solid.” A patch is in the works that will hopefully polish out the numerous other gameplay glitches that gamers have encountered with Battlefield 3, such as the connectivity issues and glitchy textures. 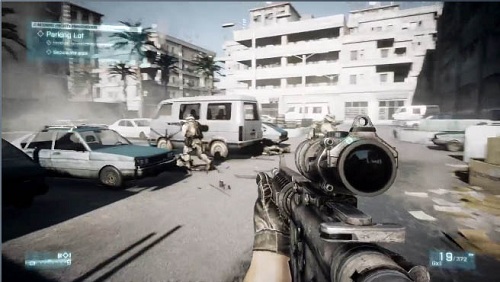