By: Max Alborn | Movie News | February 26, 2012
Like any project involving J.J. Abrams, the sequel to 2009's Star Trek remains a mystery in many ways. All we know is that Abrams has returned to direct, the film will be released in both IMAX and 3D, and Benedict Cumberbatch (BBC's Sherlock) has joined the cast in an unspecified role believed to be the villain. Now we have some photographic evidence as to what's going on.

If the photos that have popped up online are any indication, Cumberbatch's villainous role has been confirmed. (Warning: slight spoilers) As seen below, Cumberbatch's unnamed character shoots a scene with Spock (Zachary Quinto), who attempts to use his famed Vulcan Death Grip to subdue Cumberbatch, only to learn his opponent can withstand the move. In later shots, it appears Uhura (Zoe Saldena) has joined the fight, presumably to save Spock. 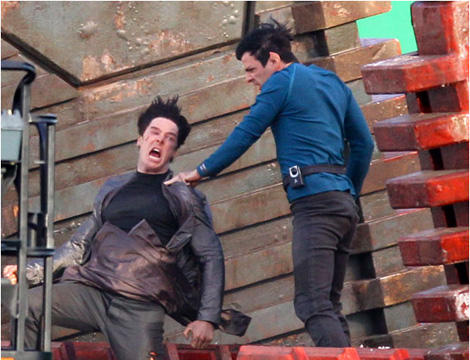 Another thing noticed in these photos (not official by any means) is that Cumberbatch appears to be wearing a Star Fleet uniform—much like the black one frequented by Kirk in the 2009 film. Could his character be a Star Fleet asset gone rogue?

We'll have to wait until May 17th, 2013 before we learn the real details, but our money is on Cumberbatch kicking some ass (go Sherlock!). 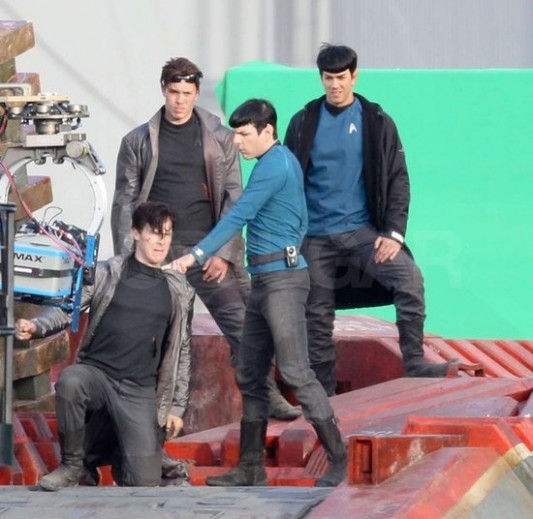 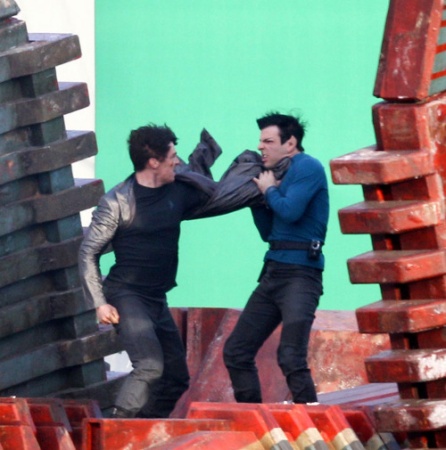 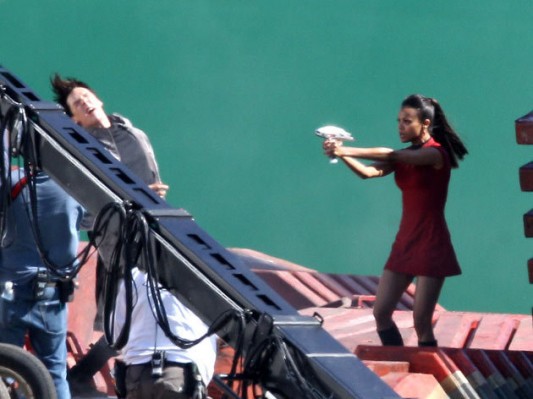