"Second-rate Fantasy Fare"
By: Steven Armstrong | Movie Reviews | February 8, 2015
One could probably tell from any trailer or TV spot that this film would probably not be superb epic fantasy in the vein of The Lord of the Rings  or even the Harry Potter films, which are probably the gold standard for films based on books of the fantasy/YA genre. At the very least, one might expect it to be entertaining, particularly with actors of the caliber of Jeff Bridges and Julianne Moore. Was this film either of these things? The answer to that would be that it is both of these things, which is to say that it is both not as good as it could have been and yet, still manages to entertain. Based on yet another popular book in the YA/Fantasy genre entitled The Spook's Apprentice by Joseph Delaney, this movie deviates from following the book strictly by aging the story in terms of approach and some of the themes, while maintaining the general essence of the story. Rather than focus on the titular character exclusively, this film pays more attention to the mentor character with the seventh son essentially being relegated to a secondary character. 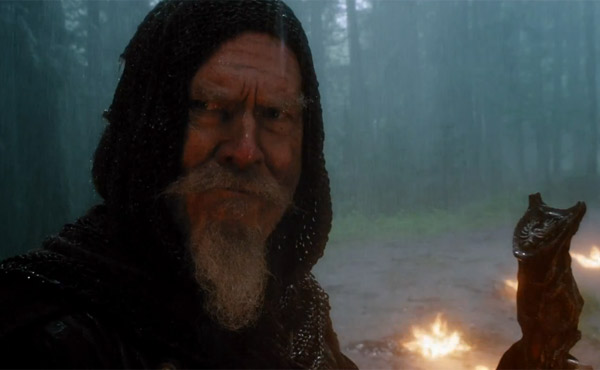 Jeff Bridges leads the pack as Master Gregory, the last of an order of Falcon Knights, charged to protect the world from the evil darkness that threatens to destroy the world. After losing an apprentice, he must search for a new one in his quest to stop the evil Mother Malkin (Julianne Moore), the most dangerous of enemies, before she lays waste to everything when the Blood Moon reaches its peak. Tom Ward (Ben Barnes), the seventh son of the seventh son, is introduced to us in a very Luke Skywalker manner. Like Luke, Tom is also a farmboy who believes he is destined for greater things and longs to take part in something more than simply feeding pigs. He sees visions of what is to come with regard to his forthcoming journey and is not surprised when Master Gregory enters to claim him as the new apprentice. 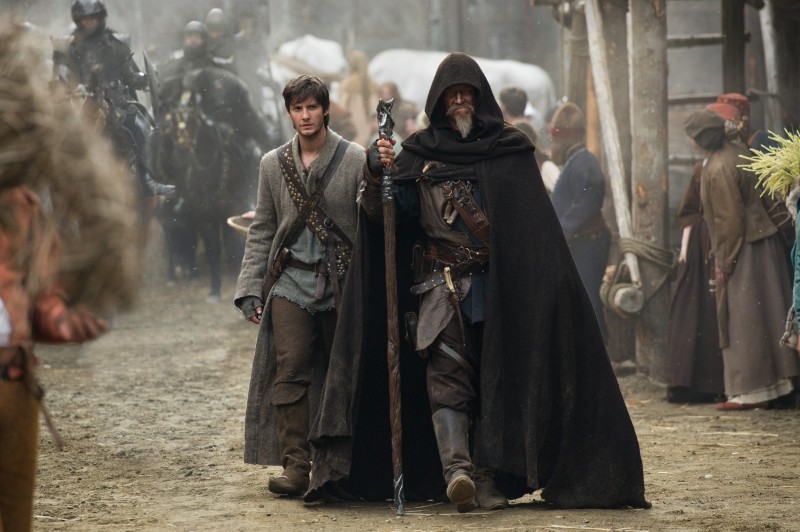 Seventh Son could easily be viewed as a sort of medieval version of Ghostbusters, with a sense of humor amidst all the gloom. The humor is not consistent and most often falls flat, but nevertheless, there are some hits with it. Particularly with Jeff Bridges' delivery and steadfast commitment to the different facets of Master Gregory. Bridges is the film's strongest asset as he is allowed the most space to explore a complete range of his character. He brings a wit, gravitas and even charm specific to Bridges as can be seen in other films where he plays the mentor figure. Bridges never takes himself too seriously, which oddly fits the character of Master Gregory when you consider his story. He allows for moments of pathos, which make him the most developed character of this affair. Julianne Moore is also a treat, hamming it up as the evil Mother Malkin; she revels in the near campiness of the character. The only issue is that there was not as much weight to her character as there was to Bridges', which is unfair because the two characters essentially bookend this story. Their story, one of lovers turned enemies is the backdrop and anchor, which holds the coming-of-age elements of Tom's story together. That said, their dynamic, while promising in terms of an emotional hook, ends up being uneven because of the uneven packaging of Moore's Mother Malkin. 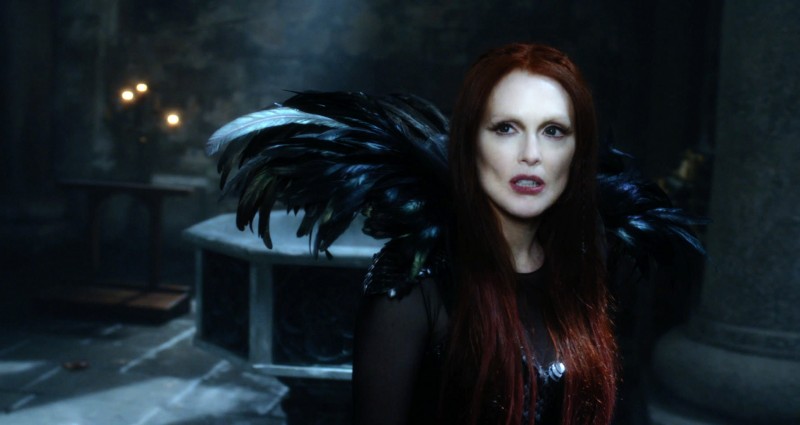 This movie contains another forced love story between Tom and Alice, played by Alicia Vikander, whose star continues to rise since appearing in films like  Anna Karenina, A Testament of Youth and Ex Machina. Though Vikander's Alice is charming and generates interest in who she is and what makes her tick, there is little chemistry between her and Ben Barnes, making the relationship feel less authentic. There are moments, sure, but ultimately a love story between these two characters feels unbelievable and less deserving than say, a budding friendship, which might have been a better route for the screenwriters to explore for the two characters. Additionally, Barnes' Tom feels bland for a character with the importance we are supposed to believe he carries, which makes it hard to really care about him. He contains no real emotional or otherwise depth; a fault that could be contributed more to the writing, but this hurts his character resulting in a player in this story that generates little concern in his quest. While not great, it also is not as terrible as it could very well have been were it not for such actors as Julianne Moore and Jeff Bridges, who save this film from being unwatchable. The film works as an entertaining amalgamation of epic fantasy, committed acting and decent visuals. Unfortunately, it never really reaches the level of strength it could, primarily due to loose writing.
Rating
5.8
Pros