Several Actors Testing for Star-Lord in ‘Guardians of the Galaxy’

With several big sequels taking up all of Marvel Studios' headlines lately, it's been awhile since we heard anything about Guardians of the Galaxy, the company's next original superhero film to be directed by James Gunn (Slither, Super). As the story focuses on an ensemble of galactic defenders, there's quite a bit of casting to be done, and it now starts with the lead role.

Names like Joel Edgerton (Warrior), Jack Huston (Boardwalk Empire), Lee Pace (Lincoln), Jim Sturgess (Cloud Atlas) and Eddie Redmayne (My Week with Marilyn) have been mentioned for the part of part-human, part-alien Peter Quill, a.k.a. Star-Lord. All are younger or younger-looking actors with exception of Edgerton, 38. 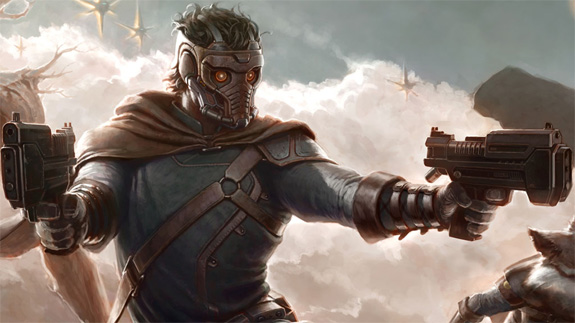 Deadline has heard of a few other names being mentioned as well, including Tron: Legacy star Garrett Hedlund (whose name always seems to come up in casting shortlists for young handsome heroes), James Marsden and Sullivan Stapleton, star of the upcoming 300 prequel.

Young and dashing appears to be the direction Marvel wants to go. It would be a surprise to see it go to a veteran like Edgerton (who has tiptoed around starring roles in tentpoles) or Marsden. The studio can probably afford to go unknown considering it's an ensemble film that is trying to build on the success of The Avengers.