Shameless – A Bottle of Jean Nate

By: | TV Reviews | February 21, 2012
One of the more passive episodes of the season left room for character development and stories to grow. While Frank is trying to find a way to get his mother out of the house, Kevin tries to deal with Ethel's departure. If anything, this episode was about getting things done. There were fights, there was sex, and of course there was some shameless behavior, but most of all the episode flourished in showing the capability of people who don't have much to work with.

The strength of the show comes from the sense that even when you have nothing, with the right people and the right attitude, you can survive anything. And that theme would have Frank teaming up with no other than Fiona herself. The much needed father/daughter time was a treat for long-time fans and proof that there is still some sense of bond left between the leads. Surprisingly, the wonderful William H. Macy and Emmy Rossum are as enjoyable as a team as when they are shouting at each other across the living room. 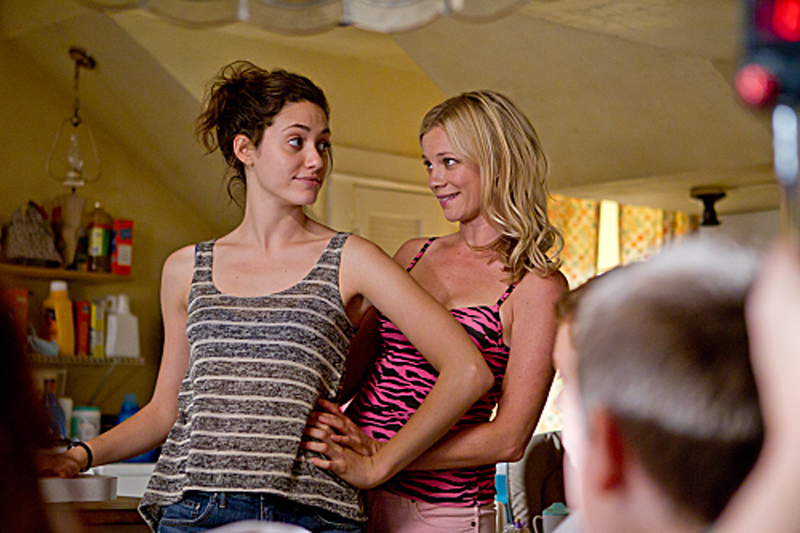 And that wasn't even the strongest storyline of the episode. No, the odd but necessary fight between Lip and Ian finally got settled. And in the best way possible: time, place, and go! A lot of what I liked about this feud between brothers was that it was very recognizable for anyone who had a sibling. Not talking to each other while you're at the kitchen table and shoving each other whenever adults looked the other way. It was clear the two were at odds, but they remained brothers through it all nonetheless. It got dealt with even better. No manipulative, backstabbing schemes, just a fight to settle the matter and be done with it. Simple. Manly. Effective.
The same can't be said for Jody. Though Zach McGowan just got promoted to series regular, in a surprising twist, Jody got kicked out by Karen. The story felt kind of unnatural, with Karen suddenly surrendering to Lips' plea to be with her, but it did put things in perspective. Is Lip seriously dropping out of school to be the opposite of Frank? Will Karen actually be rational enough to stick with her decision? And if so, what on earth is Jody going to do for another year?

But again, Karen got things done. She got what she wanted by tricking Jody into signing a prenup. Lip got what he wanted by convincing her to do so. Frank and Fiona almost got what they wanted if it wasn't for an unexpected revelation. But the episode surprised in more ways than people getting what they wanted. In subplots Jasmine explored her feelings for Fiona, Jimmy told Fiona he loved her too, and Carl blew up a meth lab.


The show delivered another buzz-worthy episode where numerous story lines were perfectly intertwined and no character remained unlit. Yet for some reason it didn't stand out either. Some of the story lines are being dragged out and aren't looking to be wrapped up anytime soon. Yet, with this many characters to play with, and a new school year to start from, a pack of new shameless stories must be right around the corner for the Gallaghers, and for us.
Rating
6.7