Shameless – A Great Cause 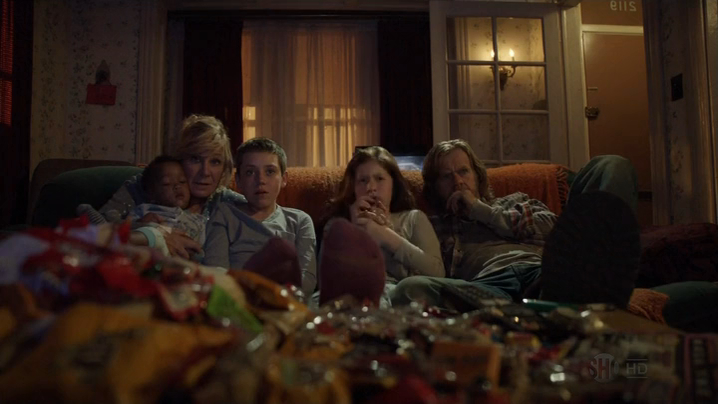 When predictability becomes a strength instead of a weakness, you know the story is indestructible. Shameless met higher grounds in Sunday’s outing as seemingly narrow plotlines accumulated into one of the best acts of the current TV season. Rossum should really get that Emmy now.

Most of the episode, however, wasn’t as captivating as the final few minutes. Much like last week, Monica was up to a lot of things while the children were her amusement. However, opposed to last week, the stories weren’t as intertwined and perfectly dosed. It was very much like watching someone get addicted, you don’t know how bad the situation is until they’re knee deep. Monica pushed the boundaries when she stole the money from the cabinet—the money her children had worked all Fall to collect. This was a low blow from Monica, especially now that everybody’s future is so prominently featured. It’s easy to watch this show and think, “Wow, everyone is so shameless,” but Monica is definitely the worst. At this point, there’s not even a chance that she’s doing these things because she means well. It just seems as if she has no functioning brain to speak of and should not be allowed near her children. With the absurdity of her actions comes the problem everything becoming too fictional. Surely there are people like Monica in this world, but messing up your kids’ life so thoroughly is a long-stretch. Regardless, it makes for good TV, so we’re hardly complaining.

A downer was Ian and Lip’s story of getting Mandy pregnant. After Ian got beaten up, there was a lot of potential for the story, yet the writer’s chose to use to it more as a comic relief—if comedy involves Lip nearly getting shot and a pregnant girl threatening her dad with a shotgun. A far better twist saw Ian trying to enlist for the army, navy and marines. Within a few scenes, his entire future was up for grabs. That is, if reality hadn’t kicked back in and stopped him from joining since he hasn’t graduated yet. Of course, that didn’t stop Monica from trying to stop him though. And it apparently encouraged her to mess up little Carl too, as she let him drive the car she bought with the stolen money. Carl’s always been the twisted kid in the Gallagher family and there are seemingly no boundaries to which he will cause damage. As much as Debbie is protected and Liam is taken care of, Carl is running free. But, who can blame him when his own mother encourages him to be stupid? 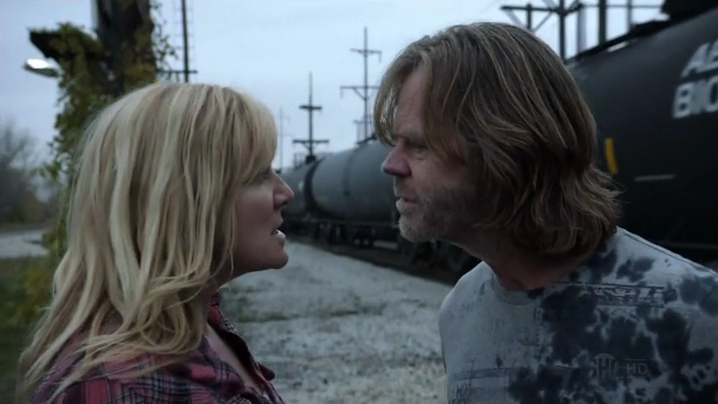 There were a lot of scenes that just didn’t work in “A Great Cause.” The fundraiser, for instance, didn’t have much backbone and once the event occurred there wasn’t much going on. Kevin and Veronica had a fight about kids which ended up being of the worst fights they’ve had so far. Yet, it didn’t really bring much to the table as their individual motives and meanings were clear to the viewers and, ultimately, they resolved their issues anyway. A fight that did show some depth, however, was the one between Monica and Frank. So far, the two have shown a surprisingly steady relationship but were now suddenly at odds. It wasn’t stand-out or anything, but it did embody their fickle bond perfectly. 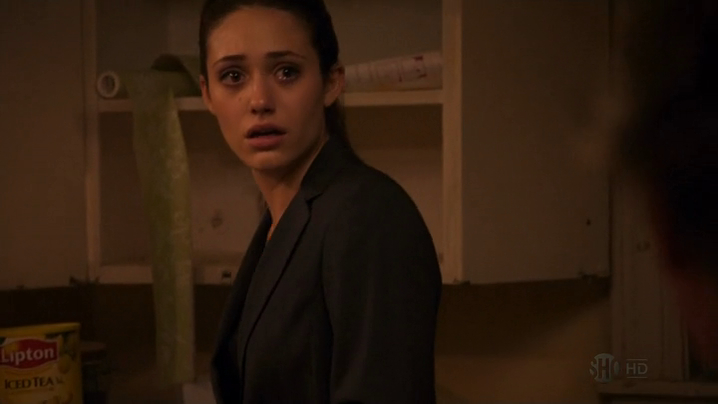 As mentioned before, the best part of the episode was, as usual, Fiona. It doesn’t matter how many times she takes care of everyone, her job—like most mothers—is never done. It was absolutely painful see her let go for a second only to have things come back and slap her in her face. Fiona wanted the manager job at the club in order to get her life on track. Her speech about being able to handle it because she managed a household and six kids was encouraging and real. After much discussion, she got the job and got a suit. She even briefly thought about going to college. But of course, none of it would work out. We knew it, you knew it and, worst of all, Fiona knew it deep down. That makes it even more impressive to have Rossum portray such a strong, yet simultaneously defeated and hopeless character.

The confrontation between Lip and Fiona was epic in every way, as he forgot previous issues and was forced to look at the very basics. You hide the money and you don’t trust the mother. Lip has definitely grown up and Fiona let her guard down. What an odd combination. The best part hadn’t even come yet since Fiona still needed to confront her mother with her actions. As Fiona stood beside her mother’s bed, furious and disappointed, she could do little else but to feel powerless against such a force of destruction. The situation already happened and there was nothing left to do but to clean up the mess, which Fiona did in a poignant and gripping moment that ended a medium episode with an emotional roller coaster.