Goodbye Gallaghers! What a terrific ending to a wonderful season. Season finales always give a sense of closure and comfort and, while this episode did not disappoint in that sense, it also felt like it was just a stepping stone to the many other adventures we’re going to witness. But let’s not get too far ahead of ourselves and reflect on the awesomeness that was this week’s Shameless. 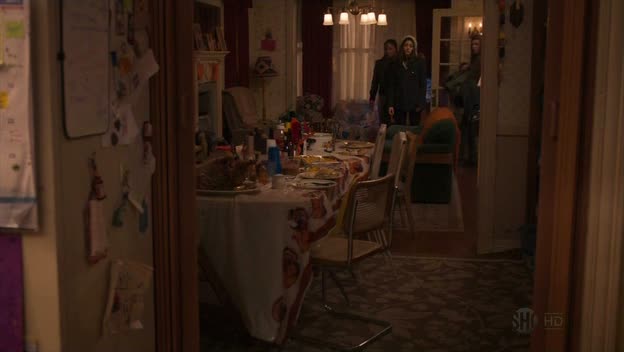 Remember when I discussed the show’s predictability and how that predictability only enriched its storylines? Well, this episode proved that the show got original beyond average television storytelling. Ever wonder what happens after a great moment on a show? This episode portrayed it in a realistic and engaging way. It all started with the aftermath of Monica’s suicide attempt. The Gallaghers came home tired to a table set for a Thanksgiving meal and a kitchen full of blood. The sequence that followed was perfect in every way—a slow guitar ballad started and we saw how Jimmy helped clean up the kitchen. Fiona thanked him with a kiss, and they started passionately making out. As if love was all that remains after disaster strikes, the two finally went up to the bedroom, only be interrupted by a distraught Debbie and Carl who, understandably, had trouble sleeping. Not only were these scenes almost entirely dialogue-free, they were also very poignant. Even after an entire season of getting her back, Jimmy still had to face the very obvious first rule with Fiona: family comes first.

Karen, who did not take that rule seriously, sank to a new low as she called the cops on Jody and her mother who took her Asian mentally disabled baby. Karen, being her obnoxious, inconsiderate self, gave her mom a very easy choice—her or the baby. The storyline dragged out a while as the episode continued. Though it’s hard to imagine a mother ever saying goodbye to her child, this episode featured three moms doing exactly that. Aside from the Jackson ladies, Monica did so too. Frank got it in his head that he needed to free Monica from the psych ward and he went around the house to line up his kids. Unfortunately, Debbie was victim of his thoughtless mission. They sneaked into the asylum and found a way to Monica. She had already found a new lover in Jill (played by an unrecognizable Jenna Elfman) and wasn’t keen on leaving. Of course, when the opportunity arose, she didn’t exactly put up a fight to stay. On the contrary, Monica and Jill drove off without Debbie and Frank, leaving the innocent Debs abandoned, again. At this point, Debbie should just be locked up in a safe and have an army protect her from her parent’s horrible tricks. Her faith in the two people that disappoint her the most is unbreakable, much like that of other kids. It’s simply painful to see her stand over a passed out Frank, let down and hurt, knowing she’ll be there for him again in a heartbeat if he asked. 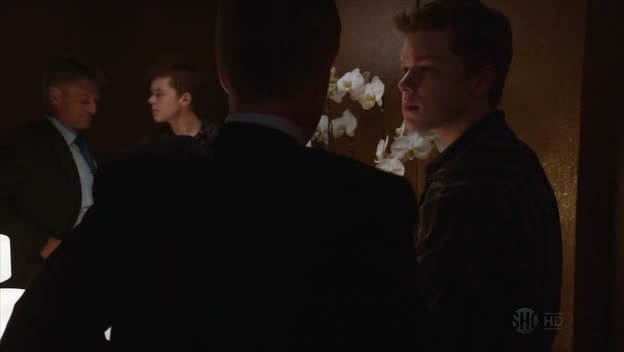 Meanwhile, Jimmy’s parents were in town and it was time for the Gallaghers to meet them. A nice moment occurred when Jimmy’s brother insulted him and Fiona stood up for the guy she talked down to for 12 episodes. Regardless of how she may have played it, it was obvious that Fiona was pretty fond of Jimmy too. And, while Carl was busy ordering food for an orphanage, Ian was surprised to see someone familiar. This was a plot point that could’ve been skipped, if you ask me, but since this is a finale and things need to have some meaning, it really was the only way to tie up his storyline. It did deliver some subtle attempts by Ian to come clean to Fiona about his current position, though of course, these were all interrupted by faith.

Talking about interruptions—after a beautiful moment in which Jimmy declared his love for Fiona and Fiona automatically assumed he’s leaving (he’s not), they wanted to get up to the bedroom. This is where normal shows would’ve quit the shot, but this is Shameless, so the shot continued only to have Stephanie walk back into their lives. The guy who traveled the oceans in a container for her is apparently abusive, so Stephanie needed a place to stay. Fortunately, she knew what to do with a frying pan since Frank came home shortly after and attacked Ian for no apparent reason. Stephanie saved the day and everyone was safe. Cue Lip who returned home after doing his physics exam. But this was no time for cheesy celebrations or a happy ending montage, the camera simply zoomed out of the window onto the yard where a unconscious Frank laid. Fiona and Jimmy ended up in bed. Lip and Stephanie ended up on the couch. When the snow set in, it was clear there would be no way to predict what’s coming up next.