Shameless made last week’s terrific installment look like an episode of Jersey Shore with this week’s wonderfully dosed recipe of broken people with all the best intentions. Every character got a signature moment in which everything was explored and yet only so much progress was made. It’s incredible how the writers keep juggling this many characters—they even added the mother to the mix. Bringing back a pivotal player, like the mother of a character, is an old trick in the storytelling book. And so, Monica’s return felt predictable, but needed. 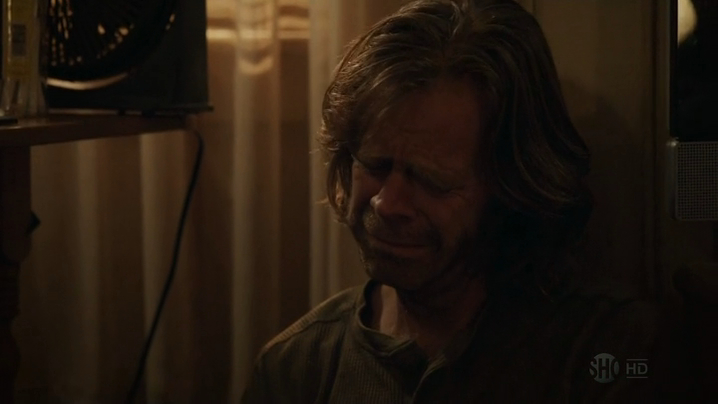 Last week, Frank randomly went to Monica to deal with the loss of his mother. Initially, it seemed like an easy ploy to get laid but as the episode continued, Frank showed genuine pain and sorrow over his departed mother. A beautiful moment occurred when Lupe Fiasco’s “The Show Goes On” blasted out of the stereo and, for a brief moment, the entire family danced it out as Frank sat down and cried. Maybe it’s because, for the entire episode, he had seemingly done all the wrong things but that moment defined his true nature. He has no control over his emotions and, though he acts out all of the time, his true feelings won’t go away. That’s why his relationship with Monica was so extremely well done. They danced their feelings away and she gave him his mom’s ashes to smoke. In every way imaginable, Monica was all that Frank needed. Within the span of the hour, their bond felt grounded and even a bit recognizable. There was the outside world and there was Monica and Frank. 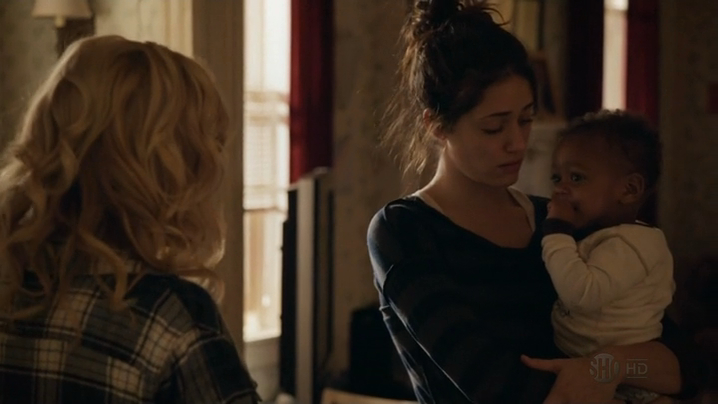 We saw thing from an entirely different perspective when Fiona, who had some pretty admirable scenes, attempted to protect her siblings as her parents slowly infiltrated her home. Yet, she had to step away once they gave her brothers and sisters something she could never give: parental appreciation. Trying to keep the family afloat and preparing to be once again abandoned by Monica, Fiona bent over backwards to make sure everyone was fine—even Lip, who found refuge with Steve and his Brazilian hottie. One of Fiona’s biggest struggles is constantly juggling being a guardian and a being sister, and this episode vaporized that line. Lip is on his way to independence, with or without child, and with Monica apparently sticking around, Fiona will have to deal with being less needed (which she pretty much already does at work, where she can supposedly leave Veronica with all the work at any given moment) In addition, Fiona was afraid Liam wasn’t in good hands (she was right) and, upon finding her parents having sex on the kitchen table, had to make sure she would have another Gallagher baby on the way by forcing the pill on her mother. How backwards can a family get?

Regardless, Monica lit up the family all the same. Ian had his fair share of arguments, but Monica went out of her way to make sure he was dealing with his break-up properly. It came to a head in a fantastic end scene where Ian got a beating and Monica, as one of the few females on TV who would, jumped in to save him. That’s motherly love for you. She also showed up for Carl’s football match (also known as Carl sterilizing the opponent team for free). But Monica’s shining moment as mother was with Debbie. Strong, mature Debbie who melted in front of our eyes as she got to wear her mother’s earrings. It was an extremely brief moment, but it pointed out that any kid is still very much a kid when it comes to quality time with their parents. 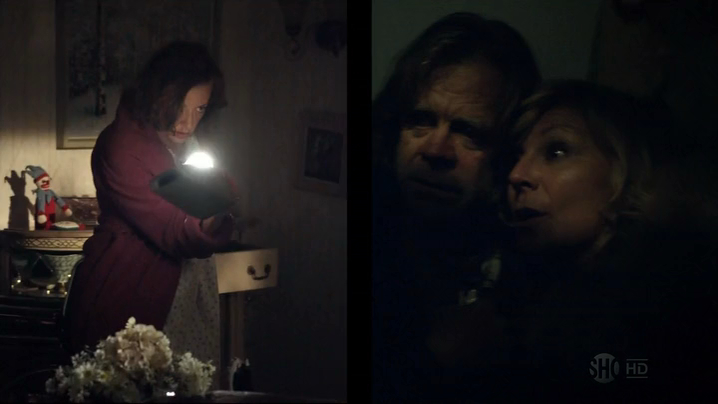 Unfortunately, that doesn’t count with in-laws as Jody and Sheila teamed up to get rid of evil spirits. By having sex. Sex. As the writers were too occupied with making Monica’s return believable, they had no problem with this random couple. Not only is it too far-fetched to believe these two bonded over exorcism in a way that would make them turned on, but the scene where Karen comes home while they are doing it, was really too soapy to hold on to. In the most un-inspired way, this really was the only choice for the writers to take the storyline. But in an episode that had so many great, honest moments, there’s always room for an unlikely turn of events.