What did I just see? For those who have tried their very best to avoid watching childbirth, there’s no escaping it in this week’s Shameless. I’m not sure why, but the sight of a baby slowly popping out wasn’t necessarily something I would ever want to see on my TV screens. That’s why I avoid baby showers, too. But in an episode filled with naked people, a bloodbath and dead animals, there was very little screen time suitable for the prude and innocent. 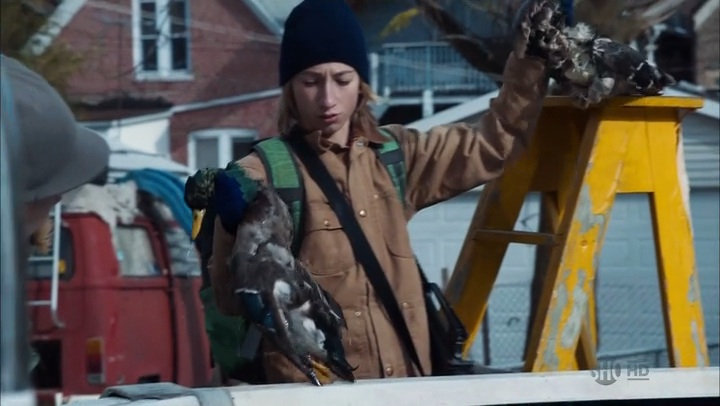 Much like a Thanksgiving turkey, this episode might have looked wild and gritty on the outside but it was chock full of goodness inside. It was basically the same old Shameless that had a purpose for every character and a tragic story to boot. Most tragic of all was Lip, who was occupied with shooting a video message for his unborn child—the one Karen is carrying. Pregnant Mandy, on the other hand, was trying to lock Lip down for a relationship. Perhaps it was the hormones. but everyone has been (with) a girl desperately trying to get the guy by doing just about anything. Mandy was in that place, and, aside from being needy and slightly pathetic, it felt very grounded—a recipe this show certainly knows how to bake. But gullible girls and video diaries were the least of Lip’s problems. He got kicked out by Steve—scratch that—Jimmy and got shot at multiple times by an Asian lady. This was right before he got the call Karen was in labor. Then, the tragedy kicked in when the baby turned out to be Asian (no connection to the shooting lady) and was diagnosed with Down syndrome. Those moments of pain, confusion and sorrow when Lip realized that everything he thought was a lie were awful. And, by awful I mean excellent. Jeremy Allen White is best when he’s outraged or silent, so this was definitely one of his best episodes. 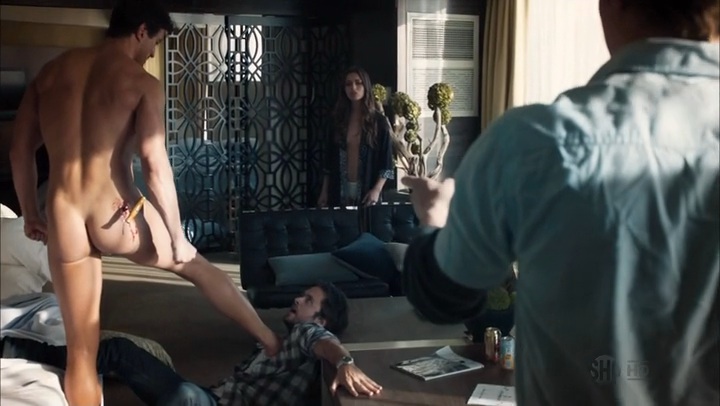 A lot of other storylines came to a head this week. Jimmy’s immigrant popped up out of nowhere and a corkscrew and an identity trade later, Jimmy was freed to be with Fiona. Who, of course, had her demands before she gave in...sort of. The relationship between Sheila and Jody was put to the test as Karen admitted that she knew about it. Karen really became the unsung hero of the hour, even if she’s a greedy, heartless b*tch. Her skepticism and wise-cracking really elevated the scene where Jody and Sheila realized they could be together, and it worked even better when Karen had to deliver the baby. Monica’s depression continued this week as she sobbed most of the time. Frank tried to lift her spirits by dragging her along to see his brother, who inherited money from his mother. Later, Frank stole some drugs to keep Monica sane as she was circling down the drain. It didn’t help.

It was Thanksgiving after all, and festivities bring joy to your homes and drama to your television shows. There has not yet been a moment when this entire family gets together and something doesn’t go terribly wrong. In this case, it was Monica’s suicide. After Carl spent half the episode playing with a gun, it turned out it wasn’t Chekhov’s, as Monica slit her wrists while the family was at the dinner table. It was a shocking and dramatic moment, but it felt a bit out of place. Jimmy was the only one that tried to stop the bleeding, which, given the other characters, made sense, but they all just stood there. Of course, it’s hard to imagine what anyone would do in that moment, but the scene felt so restricted and calm because of that. 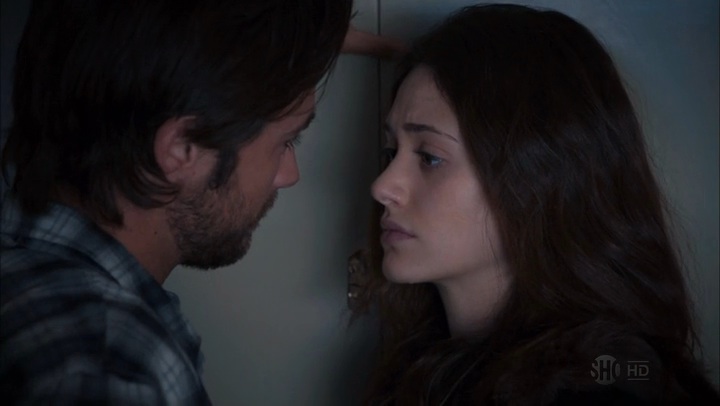 That’s not to say that there weren’t a lot of subtle and beautiful moments during “Just Like the Pilgrims Intended.” Jimmy and Fiona had killer retro chemistry as they talked about Lip’s future, Frank had a moment of clarity as he realized Monica needed her meds and, Jody and Sheila were absolutely lovestruck as they acknowledged their mutual affection. Next week promises to be a complete aftermath to this week’s events and that’s not a luxury. With Jimmy and Fiona seemingly ready for a relationship, something is bound to go wrong. How much worse can it actually get with Monica? What happens with the Asian baby? And, does Lip ever get a break? Apparently so, since the season finale is the only thing that separates us from a Gallagher-free summer. And I’m not even the least bit stoked about that foresight.