After a couple of exploration episodes in which we got the most out of the current storylines, it was time for Shameless to get things going again. The writers kicked things into high gear this week by tying up a lot of loose ends to make room for some fresh input. ‘Parenthood’ was filled with story combined in a subtle, yet intriguing package.

This was Lip’s episode in a lot of ways. Karen was trying to figure out what to do with the baby and decided that she may as well get paid for sticking it out for nine months. Hopping from a Christian adoption center to an attorney, she discovered plenty of options for giving up her cargo, some of which don’t even require quitting weed. And since Veronica and Kevin are trying to have a baby, there may even be an option close to home. 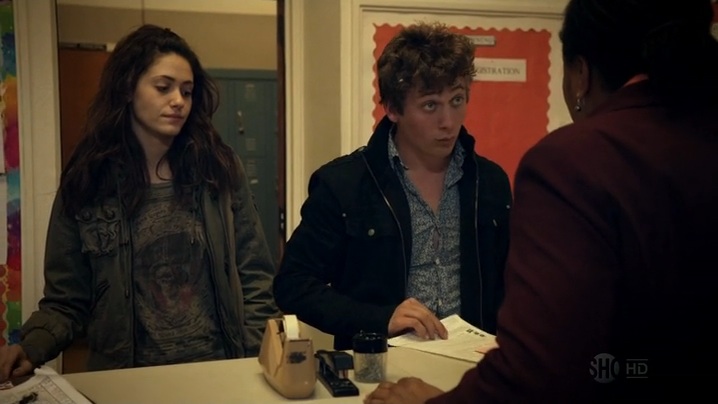 Meanwhile, Lip was still asking himself if he even wants to give up the child, without keeping in mind that the baby might not be his. And, if the paternity of an unborn child wasn’t enough to make him freak out, Fiona decided that it’s time for Lip to graduate. Through a few entertaining scenes, Lip gave it the old high school try. In all seriousness, I was impressed by Lip’s guidance counselor. If every kid in America had one like that, Ivy League would be the new standard. Being shown all these possibilities for a better life was a beautiful theme for Lip’s story. But, much like real life, things don’t happen easily on “Shameless,” and this resulted in one of the more powerful scenes in the show’s history, where Fiona and Lip squared off parent-style.

But aside from the emotional sibling rivalry, there was plenty of other conflict to go around. Frank’s mother found help from the few characters on the show that aren’t related to her. Any doubts about Jody sticking around for another season vanished into thin air, as he proved that his lack of brains were made up in his ability to care. Even if she is a pain, Frank’s mother deserves to be taken care of, like any terminally ill patient that can’t kick the habit of drinking rum during the day. Her pain and her ways of handling her sickness were portrayed in a touching story, as she struggled to do simple things, like going to the bathroom. The rawness and honesty of “Shameless” was definitely exemplified in the scene where she tried to get hit by a bus so her kids could sue the city. It can’t be easy to make that stuff up.

One of the less interesting plot points of the episode included an attempt to assassinate Frank, who caught Mickey and Ian going at it. Mickey, afraid that his secret might get out, was determined to kill Frank before his father could kill him—again, lots of subtle background story that wasn’t forced into the spotlight. Mickey couldn’t deal with coming out, or being with Ian for real—which led to a pretty surprising, yet poignant scene—so he would have rather resorted to homicide than to homosexuality. 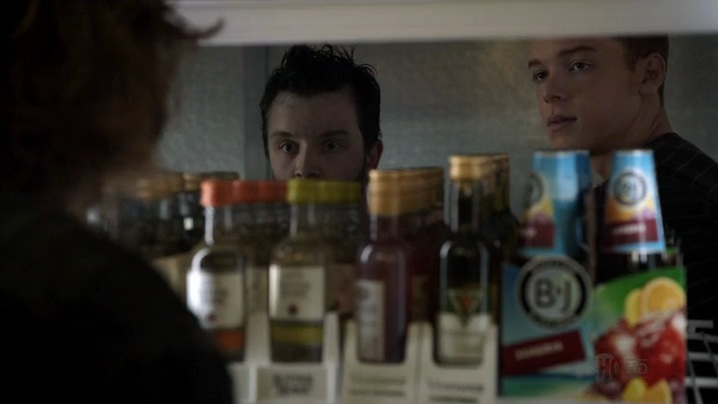 Steve (he doesn’t prefer Jimmy) was quietly trying to win back Fiona by showing up during her morning routine with Starbucks and his fiancé. Don’t see why that didn’t work. The Brazilian beauty, however, was the episode’s comedic note, as we were finally told what on earth she was talking about on the phone and to whom. As it turns out, she isn’t in the marriage for love either (I told you this episode was full of subtle stuff). And, instead of discussing financing Lip’s baby (edit: preview actually showed this is probably going down), or preventing Frank from getting killed, Jimmy decided to coach Carl’s football team. Carl was actually the kicker of the episode, and not because he got hit in the head with a baseball bat. As the episode ended dramatically with Lip packing his bags after Fiona gave him an ultimatum, Carl ran after his brother and stopped by the fence. This shot left us with the painful possibility that one day Carl might leave the same way too.

This necessarily dramatic installment of Shameless certainly left a lot of options open. The credits gave us the unexpected return of a special someone that might turn the house upside-down...again. With the recent appearance of grandma Gallagher, I am wondering how much mother figures need to pop up before we figure out Fiona is all the kids need. Though, as far as repetition goes, there aren’t a lot of possibilities there. Either way, look forward to a lighter, yet brutally honest Shameless next week.
Rating
7.9