TOO MUCH COFFEE MAN comes to BOOM! as sensational New Yorker cartoonist and legendary indie comix creator Shannon Wheeler signs a three-book deal with BOOM! Studios lit-comix imprint, BOOM! Town! It's a landmark publishing event as Shannon Wheeler ushers in three new bodies of work, TOO MUCH COFFEE MAN: CUTIE ISLAND & OTHER STORIES, GRANDPA WON'T WAKE UP and a follow up to last year's smash hit I THOUGHT YOU WOULD BE FUNNIER, sure to delight comedy fans everywhere!

“There are few names in the indie comix scene bigger than Shannon Wheeler, and I'm honored to be working with him again,” says BOOM! Studios Editor-in-Chief Matt Gagnon. “We're excited to have Shannon's signature creation, TOO MUCH COFFEE MAN, and his other projects join the “BOOM! Town” line and will be putting a lot of muscle into making these books something comics and humor fans will not want to miss!”

“Having been there at the genesis of TOO MUCH COFFEE MAN when we lived next door to each other back in Austin, I can’t tell you how excited I am to see TMCM come to BOOM!,” says BOOM! Studios Marketing Director Chip Mosher. “I've known Shannon for over 20 years and even helped him staple some of his first TMCM mini-comics, so it is great to be working on TMCM again in an official capacity. And you better believe we'll be pushing to make all of these next Shannon Wheeler books huge hits!”

Shannon Wheeler kicks off his three-book deal under the BOOM! Town imprint this fall with the all-new original graphic novel GRANDPA WON'T WAKE UP written by simon max hill, followed up next winter by a new collection of Wheeler's signature creation with TOO MUCH COFFEE MAN: CUTIE ISLAND & OTHER STORIES, and finally next spring sees a sequel to the critically acclaimed I THOUGHT YOU WOULD BE FUNNIER with an all-new collection of rejected New Yorker cartoons! 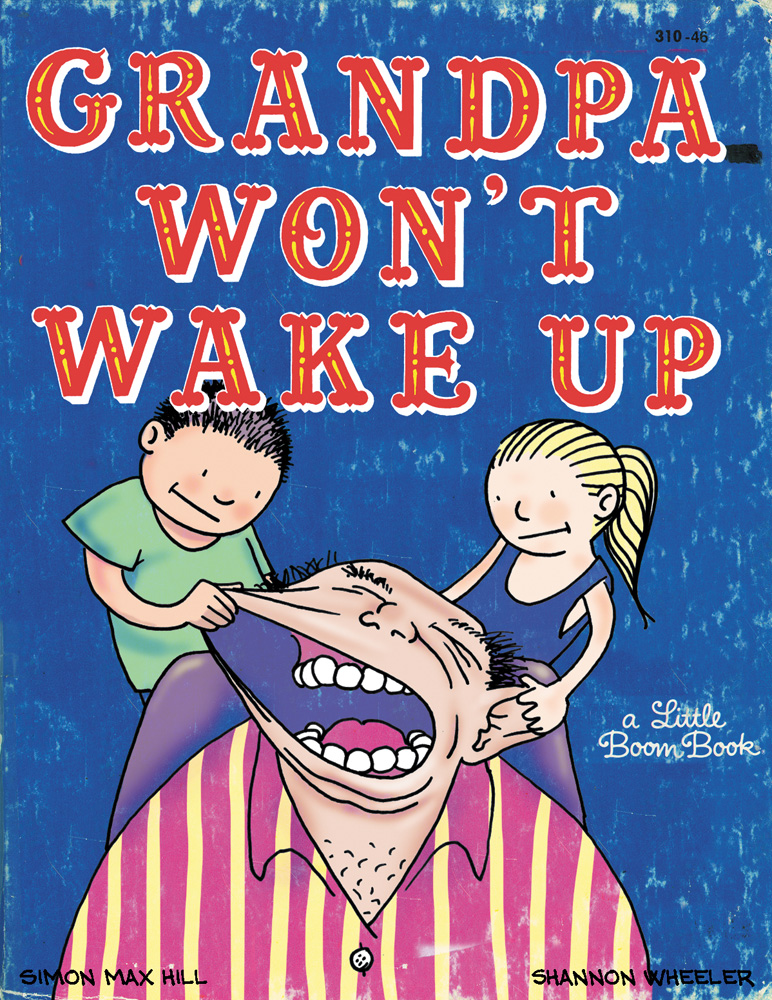 Shannon Wheeler and “BOOM! Town” previously teamed up to release last year's critically acclaimed I THOUGHT YOU WOULD BE FUNNIER, collecting the best of his rejected cartoons from The New Yorker which quickly sold out its run and will be reprinted in the fall of 2011 in a new gift-friendly hard cover format.

Announced in 2010, BOOM! Town is an imprint of BOOM! Studios, specializing in high quality, lit-oriented comix. BOOM! Town has already released works by such indie comix luminaries as Denis Kitchen with DENIS KITCHEN'S CHIP BOARD SCETCHBOOK, and through association with Denis Kitchen, R. Crumb's HEROES OF THE BLUES and EARLY JAZZ GREATS trading card sets, as well as Harvey Kurtzman's THE GRASS HOPPER AND THE ANT and more.

TOO MUCH COFFEE MAN has had a storied publishing history, first self-published in the 90's by Shannon Wheeler himself and then during the last decade by Dark Horse Entertainment from which previous volumes can still be purchased today.