By: Justin Moody | Comic News | August 17, 2010
Oh yea, Voltron! We're back with another bunch of Moonstone Books that are shipping in December. Moonstone is a smaller publisher and as such plans their release schedule far in advance. They've been kind enough to give us a sneak peak at what to expect for their December releases that will also appear in this weeks Previews Magazine. Remember with comics you'll probably see these releases long before December so don't sit and wait thinking you've got four months to pick up the releases. We'll kick it off with some Voltron action!


An endearing blend of fantasy and mechanics, this legendary brand fused itself with social and pop-culture history. To many genre fans, VOLTRON was the original transforming robotic actions series and introduced an entire generation into the world of Japanese style animation.

RocketMan: King of the Rocetmen #1

Years ago Saturday matinee audiences thrilled to the serialized adventures of the original jetpack wearing hero, Rocket Man. Blasting off the reels of those classic pulp
serials, a new Rocket Man is born! With the original hero dead, the secret of the rocket suit in jeopardy, and ruthless criminals closing in on the scientist guarding the technology, a young man must make the choice between a life of crime and the selfless sacrifice of a hero. The origin of the new Rocket Man starts here!

Plus an all new tale of the high-flying G-8! 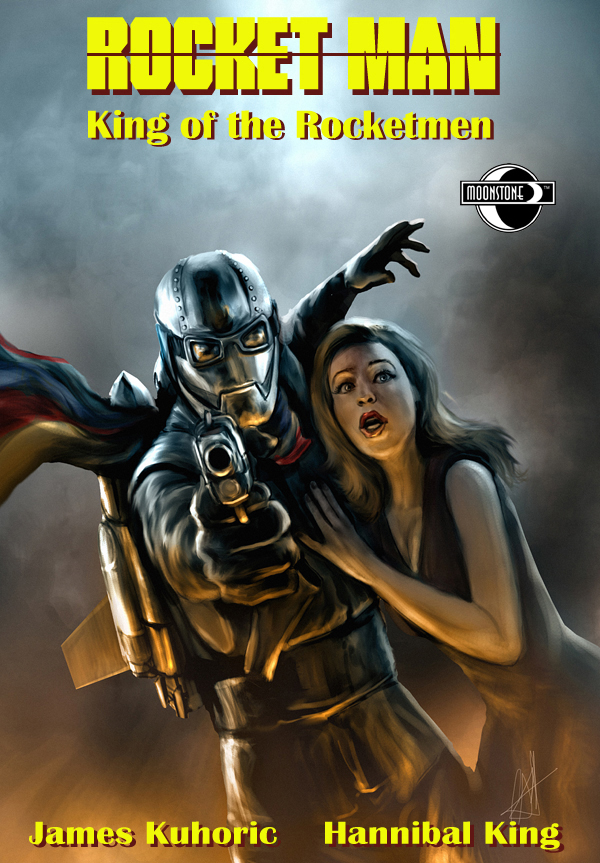 During the Golden Age of Comics, there was a group of colorful heroes up in the frozen North of Canada. But these stories have never seen print in the United States, and the characters have rarely been seen outside of Canada. Until now.
Moonstone’s ALL-CANADIAN creative team tells an all-new story, updating these characters, complete with added, never before seen reprints of classic tales!

Competition for dwindling water and power resources have led the world to the brink of war.  A mad Russian physicist attempts to impose his own peace on the belligerent nations, and sets off a device meant to disarm all the radioactive material on Earth.
It was supposed to result in no more nuclear devices, peace for all time.
- instead it plunges most of the planet into a permanent blackout.  A new, electricity-free Dark Age, from which there seems to be no escape.
All except for a one long stretch of North America -- a  hundred miles wide and three thousand miles long -- through Alaska, across Canada, and down to Detroit through to New York City -- the power is still working and the lights are still on.  And the Red Rogue’s device that set all this in motion, seems to have given the locals super-powers. 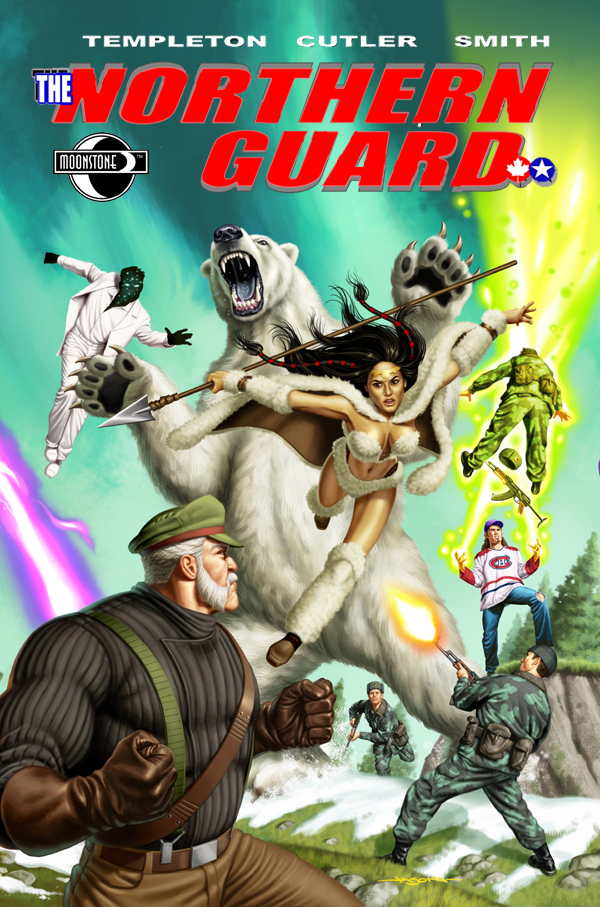 
A Moonstone “return of the originals event!”

The mystery of the murdered scientists deepens as New York City is terrorized by creatures from another world. But if there’s one thing the Phantom Detective has learned throughout the years, it’s that nothing is ever what it seems… 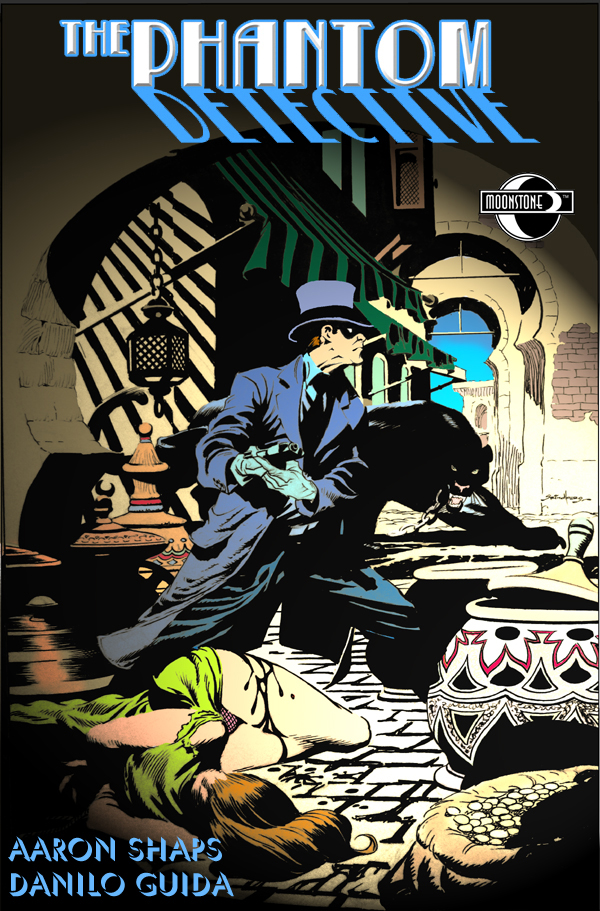 
Presuming Captain Action dead, the A.C.T.I.O.N. Directorate turns to that British Bombshell – Lady Action!   Meanwhile, in the secret city of Aggartha, Captain Action gets a history lesson they don’t teach in schools in “Journey thru the Past  Writer Steven Grant ratchets up the excitement as  “Captain Action:Season 2” continues!

Action Boy, in the sizzling second feature by Rafael Nieves and Matt Triano, continues his adventures at the A.C.T.I.O.N. Academy. And you thought Hogwarts was rough! 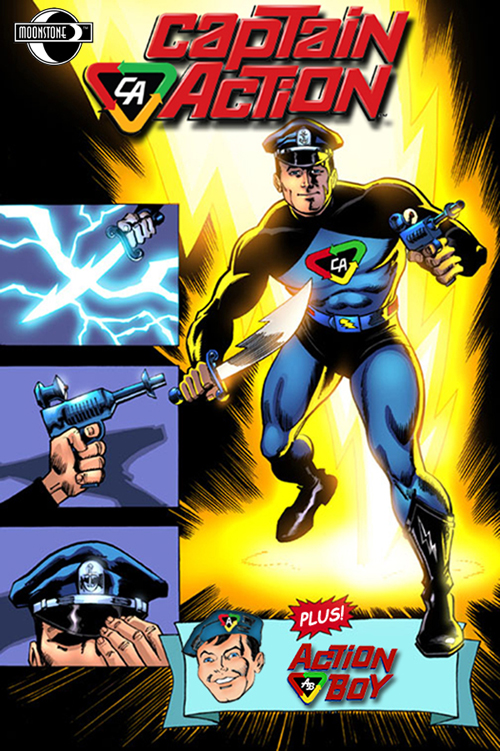 Kolchak: The Night Stalker Files #2
Things are looking up for night stalking reporter Carl Kolchak - he's got a new job in sunny South Florida with a fat paycheck and an editor who loves him. But deep in the heart of the Everglades, something inhuman is on the prowl; a terrifying creature with a taste for human flesh. 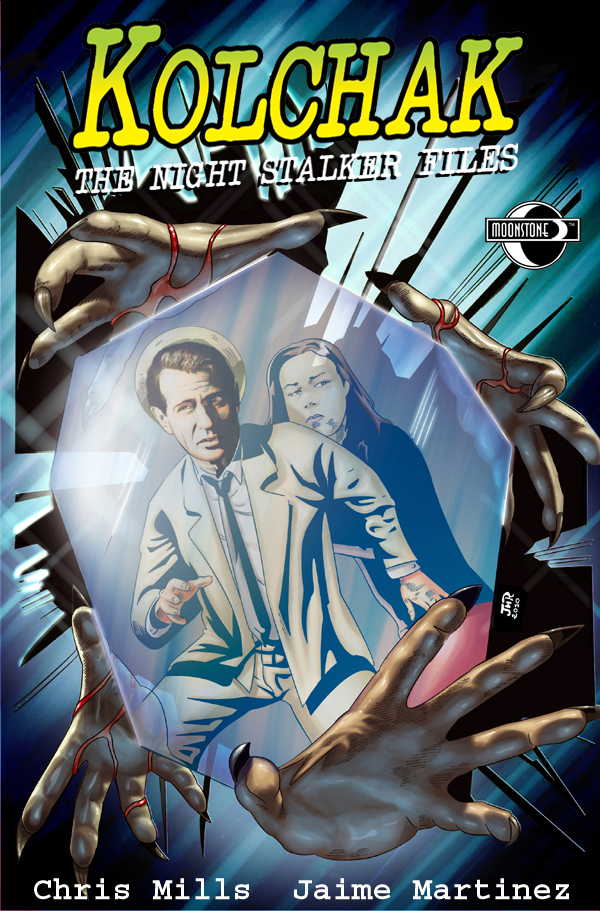 That's it from Moonstone but there's definitely a few books I'm looking forward to checking out!