By: | Comic News | February 15, 2011
Ah April's comics, their right around the corner. They're not? Well here's a bunch of releases from Moonstone Books regardless. Moonstone has a lot of pulp comics with a dash of horror. I have to say they're really finding their nitch in the industry. If you're interested in what their books are about check out our review for Phantom: Unmasked, Battle for L.A. the Return of the Originals and Captain Action - Winter Special for a view of their Pulp titles. Then we have a review for Savage Beauty which is set in modern day Africa. All are definitely worth a read if you're looking for similar things to Marvel's "The Twelve" or Dynamites "Project Superheroes", so check them out. Otherwise, this is what Moonstone is offering in April.

Join Paul D. Storrie (Gotham Girls, Star Trek Aliens) and Jake Minor (Captain Action) as the original Queen of the Jungle returns! Hurled a half-century through time, Sheena is horrified at how mankind has savaged the natural world and vows to do all she can to restore the planet. Still, when an old friend is brutally beaten, she doesn't hesitate to set aside her crusade to hunt down his attackers. But will all Sheena's skills, honed in the wild, be enough to keep her alive in the urban jungle? 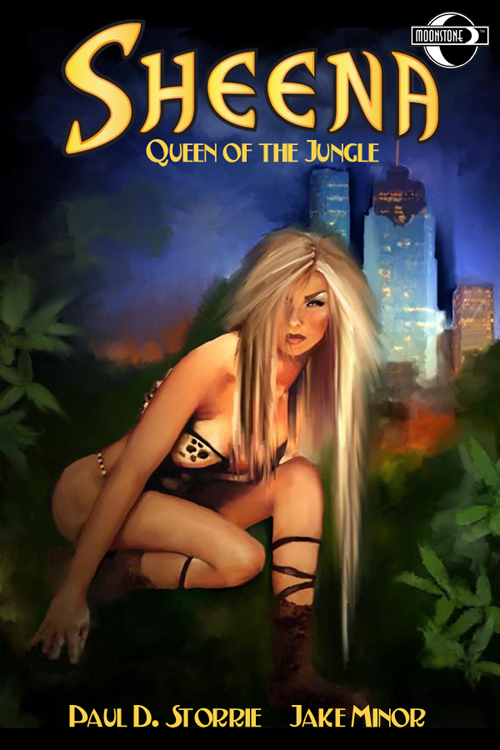 The long-awaited return of the Green Hornet & Kato and their rolling arsenal the Black Beauty!
Back again with all-new stories! Moonstone is proud to present The Green Hornet Casefiles, our second anthology featuring all-new, original crime fiction tales of the man who hunts the biggest of all game, public enemies that even the FBI can't reach!
On police records, the Green Hornet is actually a wanted criminal, a master manipulator, a crime boss who has his fingers in every pie. In reality, The Green Hornet is actually Britt Reid, owner-publisher of the Daily Sentinel. Alongside him rides his partner Kato, who is not only is a martial artist of unsurpassed prowess, but a skilled driver, and educated engineer as well. Their goal is to destroy crime from within by posing as criminals themselves! 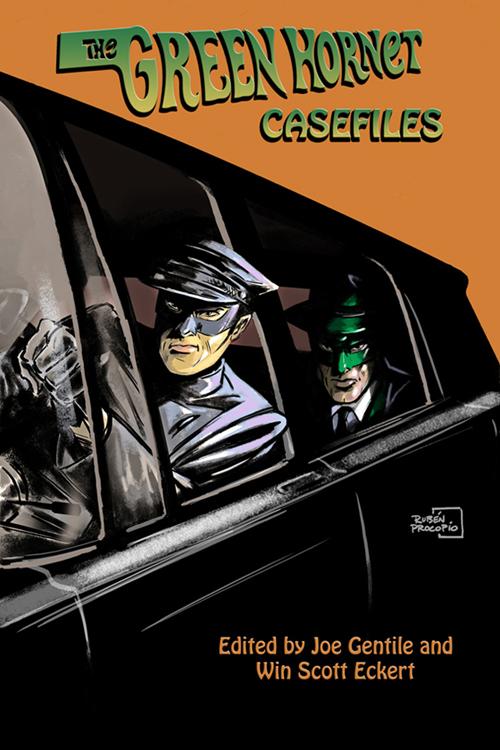 This massive tome reprints both out of print Kolchak prose anthologies: "Chronicles" and "Casebook"...over 40 stories in one volume!
KOLCHAK vs Dark Shadows' BARNABAS COLLINS! KOLCHAK embroiled in the LOVECRAFT Mythos! Secrets of Kolchak's past revealed! PLUS the first ever original Kolchak novella (by Mark Dawidziak)! TV's first paranormal investigator! Carl Kolchak was TV's first paranormal investigator, albeit a reluctant one. His exploits have been the inspiration for the X-Files and beyond! Kolchak is a talented newspaper reporter who used to handle all of the big stories, but his reputation has taken a few hits over the years as his stories get to be more and more strange, surreal and unknown. He is a relentless truth-seeker, no matter how bizarre that truth may be. The fact that no one believes him, and that his stories rarely get printed anymore, only fuels his desire to get to the beating heart of the matter. 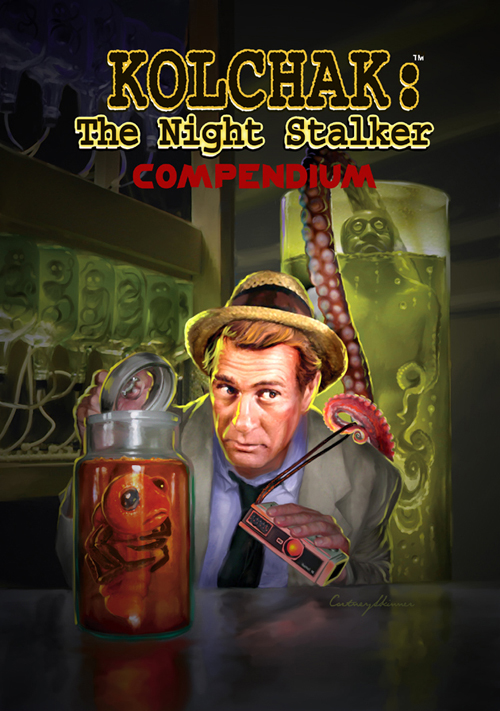 Ripped from today's world news comes a reimagining of the classic jungle girl genre debuting a new hero for the modern age! Anaya trails the PLA into the mountains of the DR Congo after they kidnap the wife of a Ugandan dignitary intent on selling her into slavery. Follow the trail of political upheaval down the streets of human trafficking as Lacy and Liv unleash their Savage Beauty! Mike (The Phantom) Bullock presents a fresh new spin on the jungle girl genre, featuring real world conflicts in Africa and beyond. 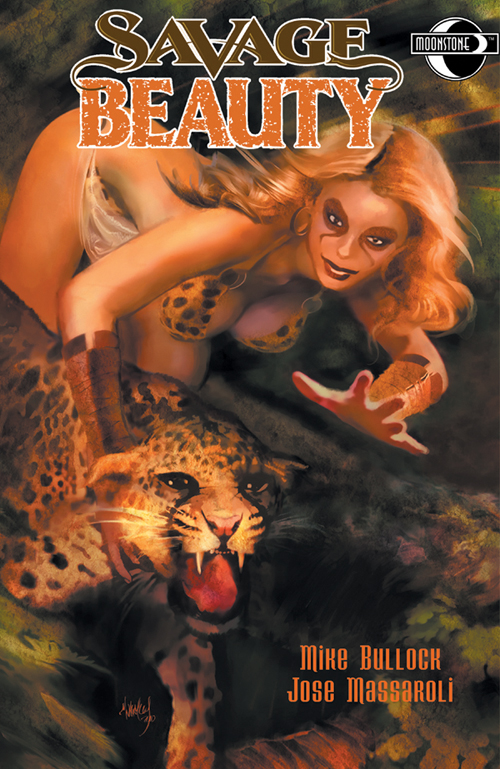 The ALL NEW adventures of the first female private eye continue! Join Vertigo's ("Vamps") writer Elaine Lee for the conclusion of "Murder on Mars" as Honey goes undercover on the set of the sci-fi film Amazons of Mars to investigate the mysterious death of Zu Zu Varga, queen of the B-movies. It looks like murder, but who had motive? Was it the scheming ingénue, the down-on-his luck director, the jealous agent, or the ageing teen heartthrob? Robots, aliens and murder in 1960s CA! 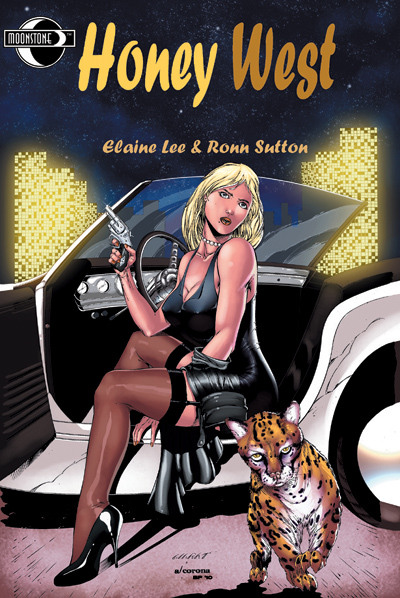 A story so action packed, that it wouldn't be fair to have anyone wait to read it as separate issues! THE SPIDER—cloaked, fanged nightmare in black—delivers swift justice with a pair of .45 automatics. Midnight shadows cast doom over exclusive Sutton Place—under attack by new evil in terror warfare—a sinister criminal mastermind in power armor named The Iron Man! A Wide-Vision graphic novel by award-winning painter J. Anthony Kosar, based on the novel published in the Dec. 1939 issue of THE SPIDER magazine! Read the story that Jerry Siegel and Joe Shuster used for a 1940 SUPERMAN comic strip and that Stan Lee/Larry Lieber used for the 1963 story in TALES OF SUSPENSE #39!! 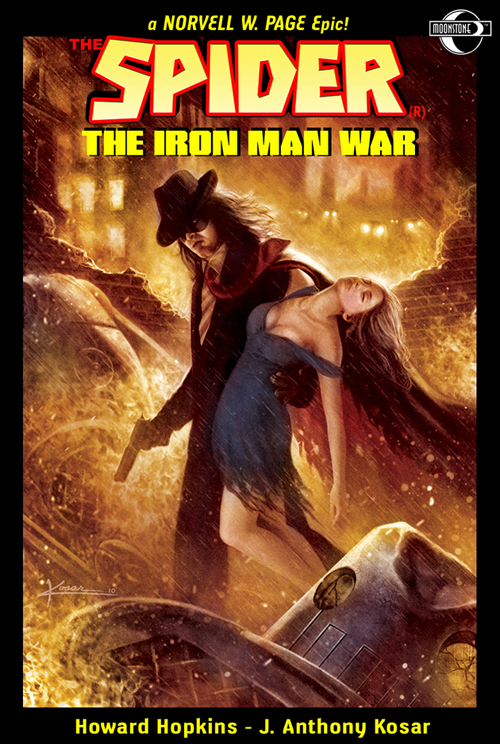 He is a ghost. No lock can delay him. No walls can repel him. Enter the shadows with the World's Greatest Sleuth, as he takes you on a journey beyond the flickering electric glow of our world, into a universe of psychedelic noir. The Phantom Detective is a two-fisted nocturnal avenger, a master of disguise-a man who sees his universe evolving, and is willing to do anything to live up to his pledge: to protect us from unspeakable evils that most men cannot believe truly exist.

Plus second feature: the first Moonstone appearance of The GREEN GHOST, a former OSS agent and illusionist by trade- by Eric Fein, Win Eckert, and David Niehaus! 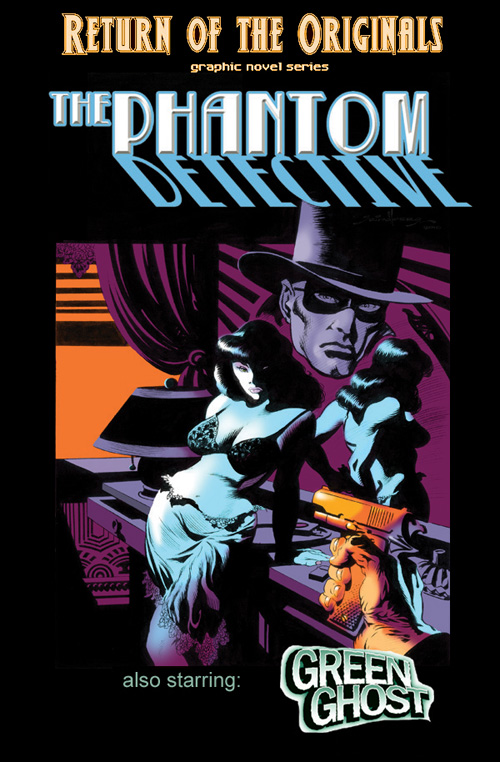 Re-solicit, but extra pages added! From the creator of Vampire, PA and the co-writer of Mighty Samson and 24! If zombies weren't bad enough on their own, things are about to get a whole lot worse. Despite government denials, animals can indeed become the reanimated undead. In San Rosina, Texas, one man stands ready to defend the survivors, whether they're ready to be saved or not: Billy Bob Driwahl and the characters from the 2007 mini-series return in this expanded special one-shot. 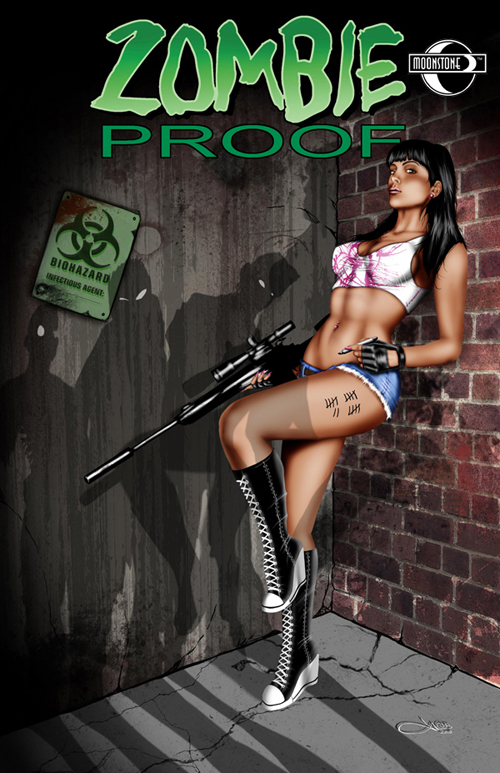 There you have it! If you want to see what's coming out the rest of February from Moonstone Books then do so here! Also if you joint the Forums you can tell us what you're favorite Pulp book in the Pulp Forum.