By: Justin Moody | Comic News | December 20, 2010
Our next batch is from Moonstone Book which has a ton of new releases and classic releases shipping in March. Moonstone pumps out a ton of noir and classic titles which is a great niche of the comic market. Fans of DC's First Wave series may notice a few familiar characters such as: The Avenger and Doc Savage.

Europe, 1940: The twilight of magic and the first steps of modern science as we know it.

Hitler's Nazi party sweeps across Europe as the last creatures of myth and magic feed off of mortal suffering.

It is time for Midgard's last defender to arise.

What is it? Why is it doing this? When will it come for me? These are questions that the wicked will ask themselves.

Questions that only can be answered by THE HEAP! 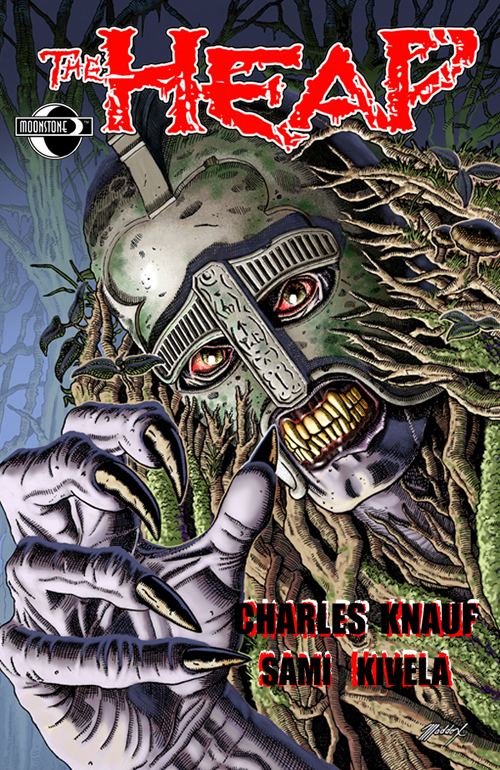 The Avenger: The Justice Inc. Files

Now, the greatest crime-fighter of the 40s returns in a stunning collection of original action-packed tales of adventure, intrigue and revenge and even a chilling showdown with the Lord of Vampires himself!

**See it here...for the first and ONLY time anywhere...these two pulp titans collide...

The Avenger meets the uncompromising relentless justice of The Spider!

**See the never before told origin of The Avenger's personal weapons "Mike" and "Ike"!

In the roaring heart of the crucible, steel is made. In the raging flame of personal tragedy, men are sometimes forged into something more than human.

Life was bliss for millionaire adventurer Richard Henry Benson until the fateful day crime and greed took away his wife and younger daughter and turned him into something more than human.

Driven by loss, compelled by grief, he becomes a chilled impersonal force of justice, more machine than man, dedicated to the destruction of evildoers everywhere. A figure of ice and steel, more pitiless than both, Benson has been forged into an avatar of vengeance, possessed of superhuman genius and supernormal power. His frozen face and pale eyes, like ice in a polar dawn, only hint at the terrible force the underworld heedlessly invoked upon itself the day they created... The Avenger! 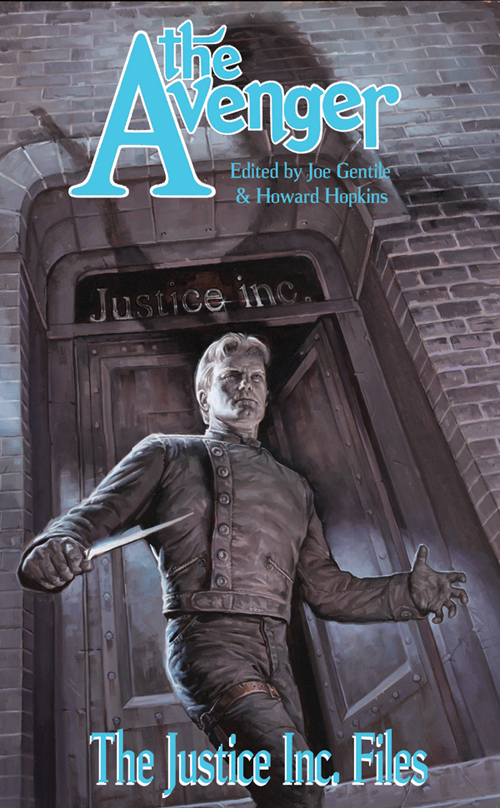 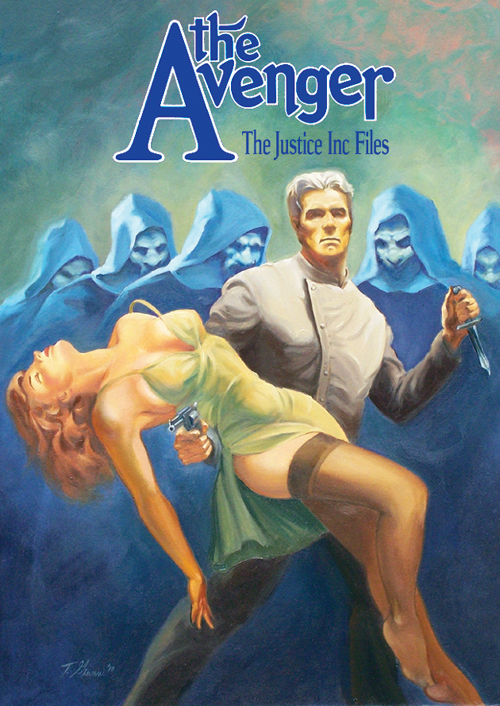 The first ever lmt. ed. hardcover edition of The Spider!

A Return of the Originals Event!

The palm of a powerful steel hand touched the brick wall

isolating Sutton Place—and there was a muffled concussion!

The Spider saw it emerge from the darkness.... The monster

of steel stopped beneath the swaying street light, The Iron Man!

Two blank eyes that were plates of glass glared emptily—and

the empty glare of those awful eyes was fixed upon The Spider! This is the legendary epic novel from the December 1939 issue of The Spider magazine featuring the character in power armor 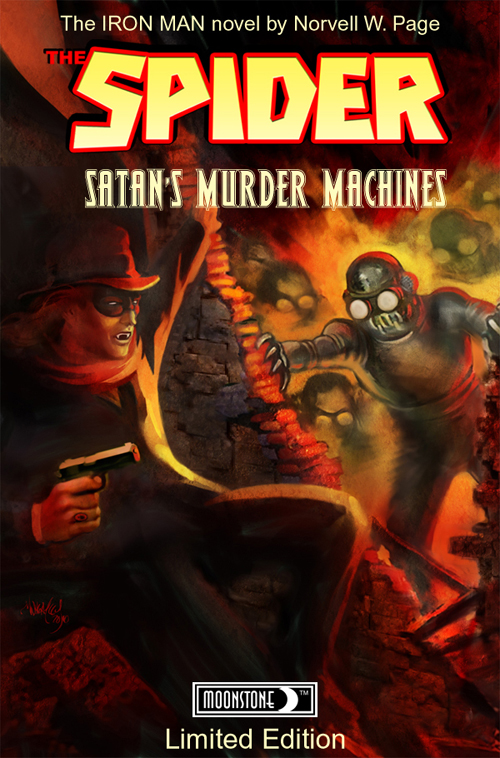 Reign of the Thunder King

The Spider faces a mastermind of monstrous power, The Thunder Kingâ€"who wields the tempests of the heavens like a scythe, holding New York in a reign of unrelenting terror. In the flooding avenues below, Nita Van Sloan, the Spider's beloved, alone and against the odds, risks all to save the helpless victims of the drowning city. Plus OPERATOR 5!

**RETAILER INCENTIVE, order 4 or more copies, get ONE FREE!* 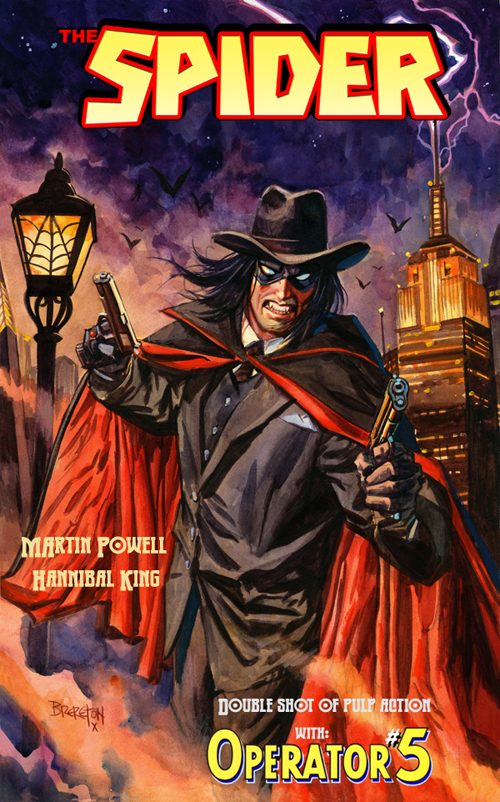 Before the caped crusader patrolled the streets, before horn head prowled the back alleys, the original dark avenger hunted evil men. The Black Bat is back, and hell's coming with him!

*A "Return of the Originals" event! All new stories!

DA Anthony Quinn is sick of watching criminals slip through his fingers due to legal technicalities. When a mobster's attempt to destroy evidence goes horribly wrong, Quinn finds himself blinded by acid and hopelessly broken. Now sightless, Quinn sharpens his other four senses to near superhuman levels and develops a sixth 'radar' sense. He vows to work outside the law to do whatever it takes to bring criminals to justice.
Plus: Death Angel, the avenging hand of justice. The critically acclaimed new pulp character co-stars in this gritty, noir battle of good versus evil on the mean streets and in the darkest recesses of the human mind. 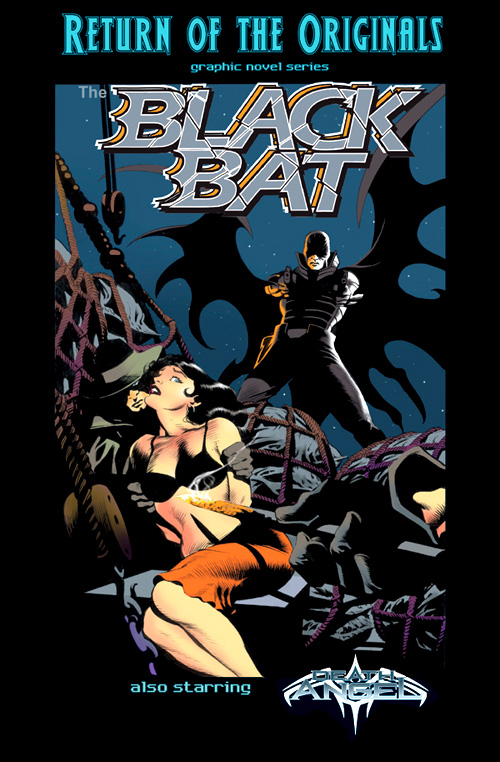 Deep in the heart of the wild Everglades, a bloodthirsty swamp beast is on
the hunt for human prey. But, when reporter Carl Kolchak sets out with a
U.S. Marshall to find the creature, he learns - the hard way - that not all
monsters are what they seem to be.

**Retailer incentive: any order of 3 or more, received one FREE Ulanski Variant edition! 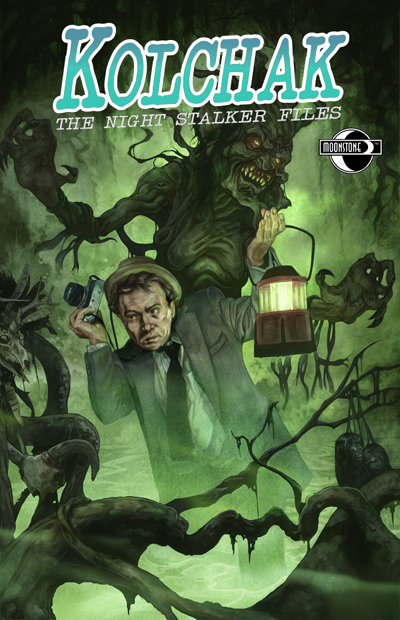 Agents Wade and Flynn investigate a settlement where a fear-mongering
preacher named von Becker has seized control amid a crisis – the dead
arising as super-strong and devilishly red-skinned. Get on board with
"perhaps the best sleeper horror comic book today" (indiepulp.com). 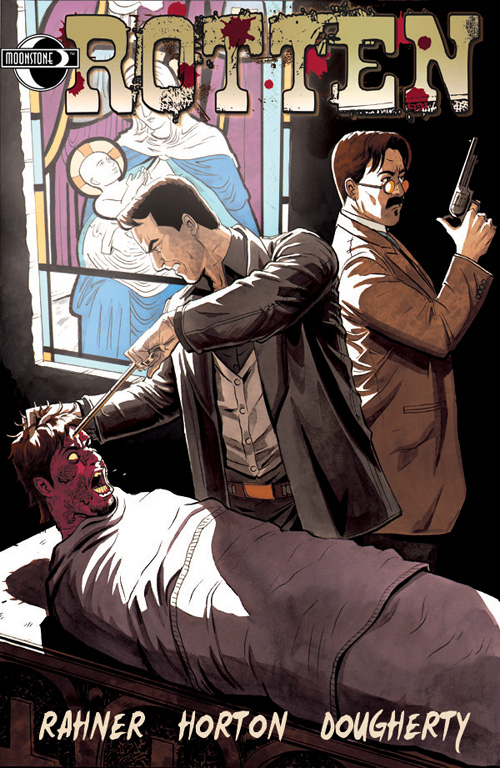 The Adventures of Doc Savage

Restored and Remastered to Digital Stereo!

This first commercial release of this impressive thirteen-episode series - features two exciting multi-part adventures: "Fear Cay", an action-packed adventure in which they pursue the Fountain of Youth Gang to a remote Caribbean island full of booby traps and intrigue. Then, Doc and his team are enmeshed in the atmospheric six-part lost-city thriller, "The Thousand-Headed Man", where they seek a lost expedition in the jungles of Indochina and an ancient treasure guarded by the fantastic Thousand Headed Man.

Also included is a brand new documentary, "The Sound of Bronze: Making 'The Adventures of Doc Savage'", featuring interviews, anecdotes from the cast and crew, and never before revealed details of how the series was conceived and created.