Shipping in October from Avatar Press

By: Justin Moody | Comic News | July 19, 2010
July 18, 2010 – Avatar Press proudly announces its horror-filled line-up for October release, solicited in the August 2010 edition ofPreviews, including an eye-popping CROSSED 3D original graphic novel and, by popular demand, the launch of a brand-new NIGHT OF THE LIVING DEAD series.

CROSSED bursts into a whole new dimension of horror with a new original full-color graphic novel in CROSSED 3D! David Lapham (Crossed: Family Values, Stray Bullets) delivers a shocking tale of the Crossed epidemic unleashed in New York City, as presented in gory hyper-detail with artwork by Gianluca Pagliarani (Ignition City,Wolfskin). The action and terror explodes off the page S.W.A.T. veteran Lt. Hunt MacAvoy must assemble a rag-tag team to rescue one of the last surviving doctors – deep in the heart a city overrun by homicidal maniacs! Created with state-of-the-art 3D effects over full color art and accompanied by a removable pair of 3D glasses, this graphic novel promises to shock and disturb you in a way you've never seen before! 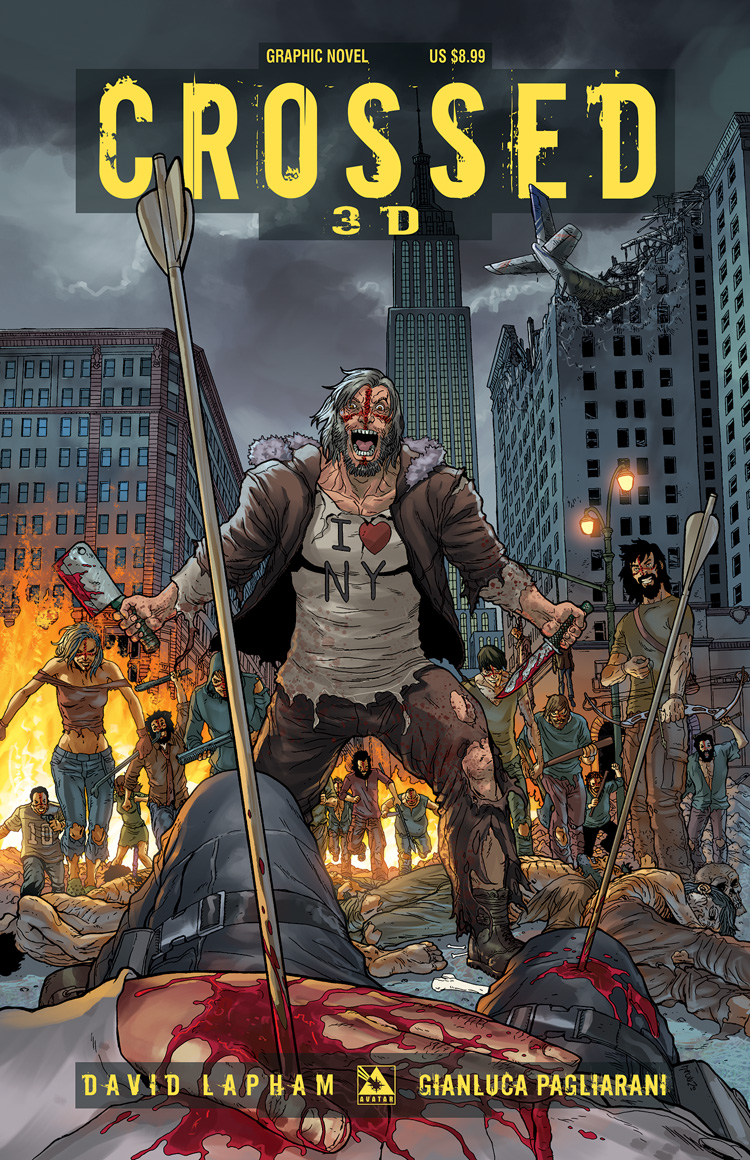 The most horrifying night in American history continues as the next chapter of NIGHT OF THE LIVING DEAD is revealed by writers Mike Wolfer (Gravel, Wolfskin) and John Russo, the co-writer of the original film classic! Set on the fateful evening in 1968 when shocking reports flood the airwaves with accounts of the dead rising up to kill the living, officials in Washington D.C. struggle to quell the panic-stricken public as thousands of protesters converge on Capitol Hill. With the National Guard spread impossibly thin to deal with civil unrest, Washington is completely unprepared as an unstoppable army of the undead brings its bloodthirsty reign of terror to the steps of the White House! 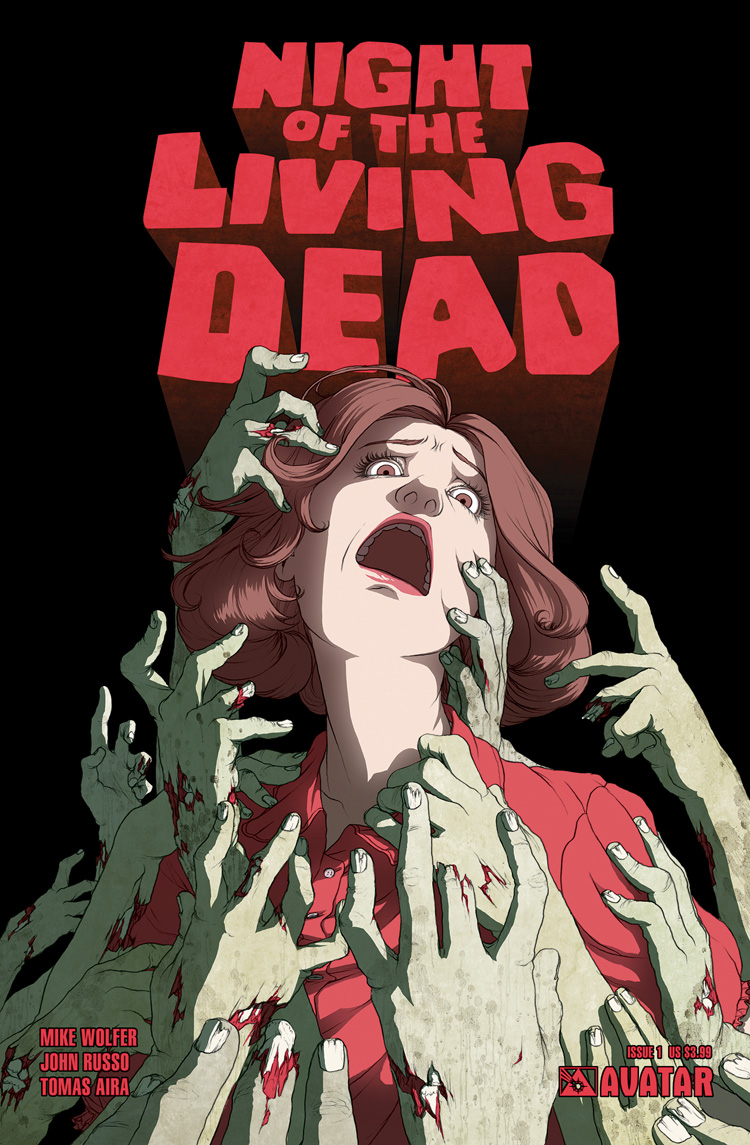 Avatar Press will also celebrate the Halloween season with new blood-soaked issues from continuing series NEONOMICON and FEVRE DREAM, written by two of the greatest writers in modern literature!

In Alan Moore's NEONOMICON #3, FBI agents Brears and Lamper have vanished without a trace from Salem, Massachusetts. The only clues to their disappearance are the gibberish rants of Randolph Carter and an arcane book that makes even less sense. He award winning master of comic storytelling, Alan Moore (Watchmen, V for Vendetta), unleashes his brand new tale of Lovecraftian horror with art by Jacen Burrows (Crossed,Chronicles of Wormwood). Available in Regular, Wraparound, and Book of the Dead editions!

In FEVRE DREAM #8, New York Times best-selling author George R.R. Martin (A Song of Ice and Fire) continues his ten-issue vampire epic on the bayou! The Fevre Dream is the fastest boat on the Mississippi, but Abner Marsh is sick of being hunted prey. He sets off downriver to hunt down his boat and his friend. Damon Julian may be the new bloodmaster, but Marsh is out for more than just blood... he's going to reclaim his pride. Available inRegular, Wraparound, and Nightmare editions!

Finally, Avatar Press continues its tradition of offering retailers and fans nationwide the opportunity to acquire rare comic book variants of its most popular titles, many of which were only available previously at regional conventions. This month's gorgeous selection includes: