Shooters You Should Play Instead of Battlefield 3 – Red Orchestra 2

By: | PC Features | October 26, 2011
Welcome to the final installment in our series on Shooters you should play instead of Battlefield 3.  If you can pry yourself away from the big new shooter and read this article, we have one last suggestion on ways to occupy your time with something other than modern military action.  Battlefield 3 may be seen as more realistic and authentic than any other FPS, at least by today's "hardcore" gamers, but true FPS fans know that Red Orchestra 2: Heroes of Stalingrad is the most realistic multiplayer shooter this side of Operation Flashpoint.


Red Orchestra 2 is a near pitch-perfect mix of realism and playability in multiplayer. While Battlefield players are firing M2 Carl Gustav rockets from the hip to kill other infantrymen, Red Orchestra veterans are going prone, aiming for a tank's weak points with their anti-tank rifle. One man armies are an impossibility in Red Orchestra, with weapons able to kill players in a sparse few shots. The range on most weapons exceeds 100 meters, making most open spaces a death trap. 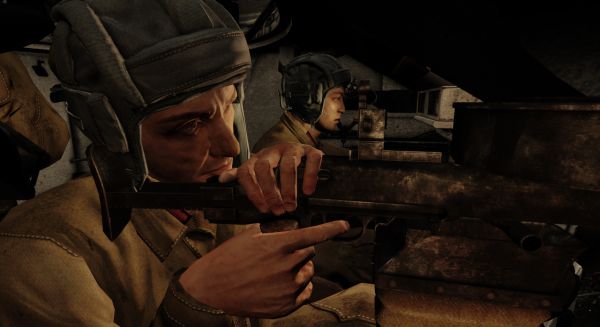 You might be thinking to yourself, "What masochists would put themselves through that? Surely no one would want to play that." Sorry to break it to the Battlefield noobs, but in reality, Red Orchestra 2 has a large, vibrant community, full of players who are willing to cooperate with their teams. The modding scene is already off to a great start, and fans are always giving feedback. Not that these aren't true of Red Orchestra's contemporaries, but let's face it; when was the last time you saw a mod in Battlefield? Also, for a nice change of pace, players only voice chat when they have something worthwhile to say. So, your race and sexuality can be berated online by a 12 year old Rambo in Call of Duty and Battlefield, or you can experience 32 players worth of cooperation in Red Orchestra.
Also, who wants to kill more nameless terrorists in Middle Eastern countries these days, when you can kill Nazis in World War II? You know, the freshest, newest, and not-used-before enemy type and setting in first person shooters? Right?

Finally, to lure existing Battlefield players over, Red Orchestra 2 had huge day one updates to fix some launch issues. Players stats were broken, performance on lower end machines was horrible, and servers didn't show up half the time. I have to tip my hat off to Battlefield 3, however, which is packing in a day one patch on the Xbox 360 disc at release, and ran a broken beta with players clipping through the world, messed up killcams, and "spotty" hit detection (at best).

Be sure to check out yesterday's offering, Bulletstorm, or read this whole series from the beginning.  And don't feel bad Battlefield fans, because we're going after Call of Duty Modern Warfare 3 next week.