Joss Whedon appeared at the recent San Diego Comic Con to break some big news on the sequel to Marvel's The Avengers. Turns out the film, scheduled for summer 2015, was not going to be called Avengers 2: Electric Boogaloo as I'd hoped but rather Avengers: Age of Ultron. If you only saw the title or skimmed news stories on the announcement, you might think that the movie would be based on the recent Age of Ultron comic book story. Well, no. In fact, Whedon explained that the movie would be about the origin of Ultron and how he becomes one of the Avenger's greatest villains.

Okay, you think, that means that Hank Pym – the inventor of Ultron in the comic books – would be making an appearance in the next Avengers, especially since  Edgar Wright's Ant-Man was slated to hit movie screens in 2015. That's awesome, right?!? Eh, not exactly. Whedon also said that Pym is not involved in the movie. It's possible that he's throwing up a smokescreen, but Whedon was pretty definitive: they're telling their own version of the Ultron origin.

This will no doubt rankle some fans with a love of the comic book stories, who feel that movies would do better to stick to what the original creators made rather than alter and adapt stories. It's an understandable position for lifelong comic book fans who have been burned by Hollywood in the past. Almost the entirety of Batman & Robin could be cited, especially Bat-nipples and Arnold Schwarzenegger as Mr. Freeze. Kevin Smith has also told some entertaining stories about how Superman was going to be mangled in the 1990s for the abandoned movie Superman Lives. However, while there have been many movie producers who've treated superheroes simply as intellectual property fodder and toy bait without regard to characters' backgrounds, it seems that most film productions today are respectful to the source material. 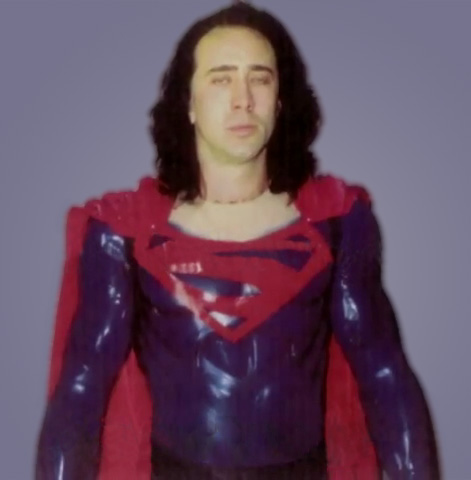 The problem with adapting a storyline (even a beloved one) is that there is going to be familiarity with the storyline already. So there's a certain percentage of the audience that knows what's going to happen. It also invites the "who told that story better" comparison. Although The Amazing Spider-Man did a number of things well, my biggest problem is that we were forced to again watch the origin story. Not only had that story been told in the 2002 Sam Raimi version, it's been shown in comics and animated TV shows so many times that it becomes un-dramatic. We know what's going to happen. Uncle Ben gets killed because of Peter's selfishness, sending him into a guilt-spiral that results in revenge and ultimately a pursuit of justice. If you adapt popular stories like "The Kree-Skrull War," "Kraven's Last Hunt" or "The Fall of the Mutants," the problem will be that some of the audience will already know what to expect.

Many recent comic book movies have tried to have their cake and eat it, too, with this problem. Filmmakers have made movies that are loosely based on a familiar storyline but changed enough so that fans don't know exactly what to expect. Iron Man 3 is based on Extremis by Warren Ellis and Adi Granov. The Dark Knight Rises is loosely based on the Knightfall storyline, just like The Dark Knight took certain elements from The Long Halloween and The Killing Joke. Even The Avengers is somewhat based on Marvel's alternate universe version of the team in Mark Millar's and Bryan Hitch's The Ultimates. It will be interesting to see how closely upcoming films like Captain America: The Winter Soldier and X-Men: Days of Future Past, both based on widely popular storylines, will stick to the original material.

There's an undeniably logic to the mix-and-match style of comic book story adaptation that's been happening lately. On one hand, the familiar storylines satiate the fan's desire to feel included and acknowledged. He gets something that the average movie watcher misses. It's similar to how films use nods to other characters/events or "Easter eggs" to appease fans. Plus, it raises excitement for the film. At the same time, the changes from the original comics make it so that those fans don't feel like they know everything. The endings and twists can't be predicted when they're different endings and twists.

As effective as this approach to adaptation is, I'd like to see some comic book movies where talented writers, directors and actors craft an entirely new story. With the mix-and-match style, it's still tempting as a moviegoer to mentally to a compare and contrast to the original material. However, when you have no idea where a well-made movie is headed, it's easier to get lost in the story. The best example I can think of is not a movie at all, but rather the Justice League animated television series. Some of the stories are based on comics but many were entirely original. Obviously, this sort of unfettered power can go very wrong (dancing Tobey Maguire springs to mind). In the right hands, though, I'd rather see a compelling new story rather than watch the Green Goblin toss Gwen Stacey off the Brooklyn Bridge again and wonder whether her neck muscles have gotten any more flexible since 1973.