By: Edward Oliveira | PC Reviews - Wii-U Reviews | July 3, 2014
Yacht Club Games definitely took a risk leaving the safer abode of WayForward to make their own home and crowdfund a game. Bad things could have happened during their journey: the game could fail its goal, fail to deliver on promises they couldn’t somehow fulfill, or the game itself could wind up awful and practically wasting everyone’s money. But it’s with these risky endeavors are when the product shines more, and Shovel Knight is the game people could click with. After playing the final product, it’s hard to argue. The idea of Shovel Knight just clicks, and the execution is pretty spot on to its (and their backers’) mission: Deliver a new old school game with modern realization. 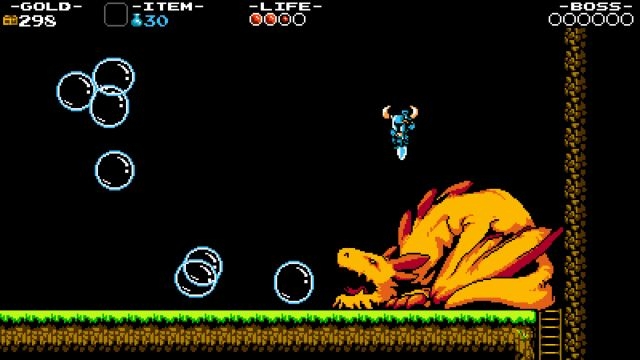 Shovel Knight’s gameplay is a lot like a mix of the NES’ Castlevania, Ninja Gaiden and Mega Man games. The stages play out like Mega Man where they scroll up to a point and then transition to another. The platforming takes from Ninja Gaiden where Shovel Knight must perform some jumpy platforming while dodging enemies, obstacles and the like to prevent damage and death, and you do get a bit of knockback when you’re hit. It lastly takes from Castlevania with the equipping of magic and other items to help your travels, and you have to replenish magic much like Castlevania’s hearts.
The story of Shovel Knight’s quest to save Shield Knight from the Order of No Quarter and the Enchantress are played out in classic NES fashion with still images and text. On top of that, in between certain stages, you do this sequence of saving Shield Knight in your dreams. This particular portion adds the narrative that Shield Knight isn’t some faceless hero and has flaws and gives his quest purpose. It’s also a storytelling method that uses the limitations of the 8-bit style that seems fresh and pulls the narrative more than if they just did the cutscenes, especially when you get further in the game and experience it again.
While it may look like Shovel Knight can be played on a NES, it actually incorporates some higher tech that anything that could be done on Nintendo’s older console. On top of widescreen display, which old consoles can’t do, stages contain parallax-scrolling backdrops, a richer palette of colors and text performs this neat motions when speaking with certain NPCs. So instead of perfectly emulating an NES experience, it rather emulates our perception of an NES experience. That’s super smart, because many people wouldn’t catch these little nuances. 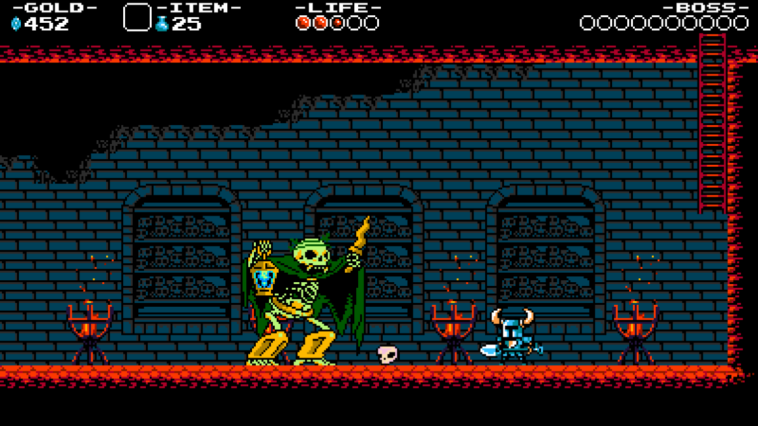 You can replay stages to gain more money for upgrades like more magic and health, and doing so will make your experience much smoother. What’s also smoother is that there’s no life counter and that you only lose treasure if you die, which you can try to recover once you return to that same spot you died. Speaking of which, you can respawn on checkpoints, or decide to destroy them for some extra cash for a neat little risk/reward system.
If there’s anything I have against Shovel Knight is that they overuse pieces from classic games, leaving very little originality in its gameplay. While it’s cool that I can use the pogo technique from DuckTales, I’m constantly telling myself that I remember doing these things from other games. Whether it’s the map from Super Mario Bros. 3, the level design from Mega Man, freeing roasted chickens in the walls a la Castlevania or visiting towns from Zelda II, the reminders less say, “this game is retro” than “we’re totally ripping these from games solely for nostalgia.” Perhaps it’s there because it made the new stuff like the aforementioned dream sequences pop out, but it made me think they used it a little too much as a crutch. 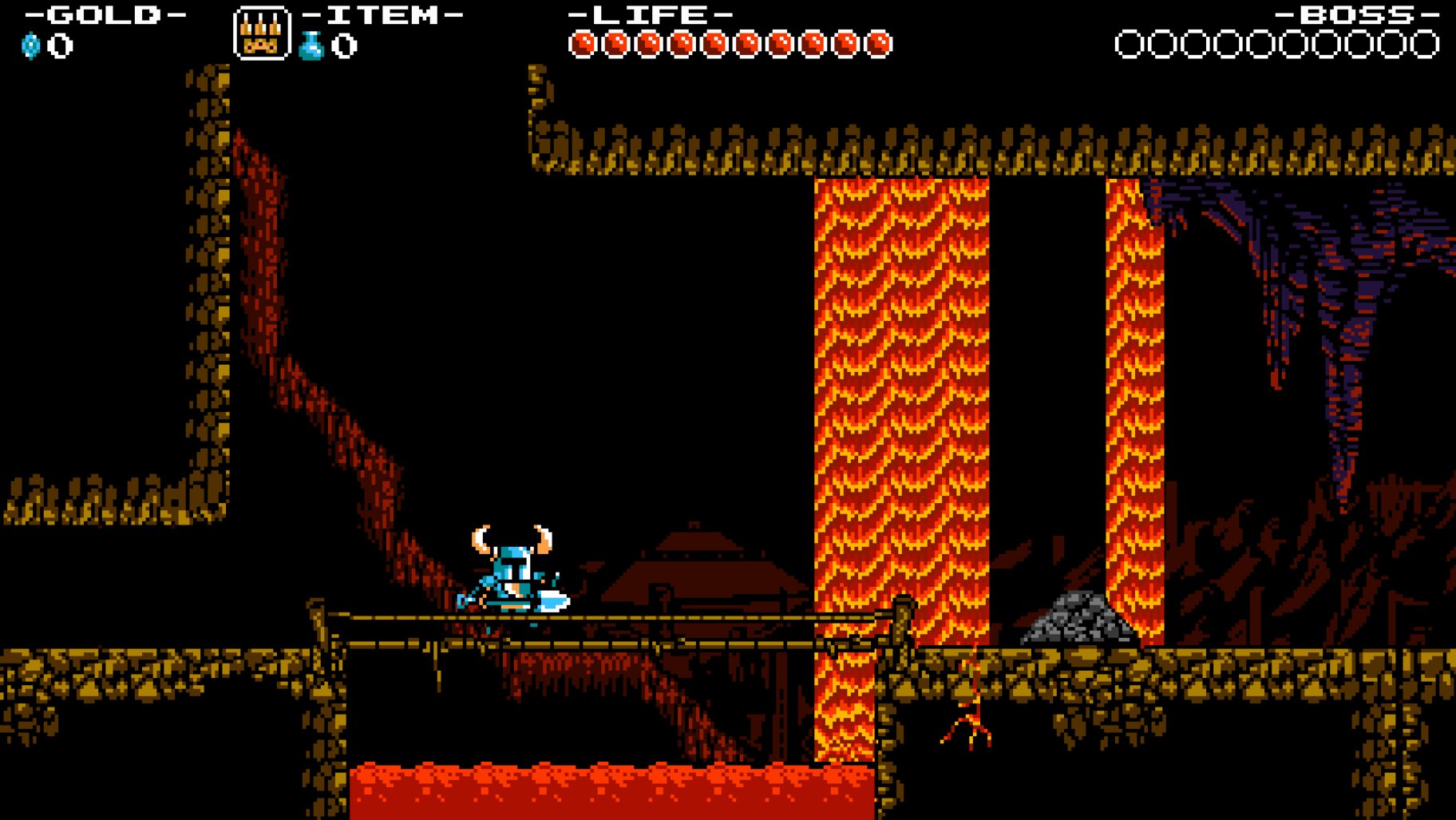 Despite that, Shovel Knight performs and plays great, and because of the consistent quality the game emits, it’s an absolute recommend that wants something that plays like yesteryear without the technical flaws. After the seven to nine hours it takes to master the campaign, there’s even a New Game+ to replay and dominate again. Mix in the ability to send notes via Miiverse (Wii U) or consistently fight each other, blind mind you, using clips through StreetPass (3DS) and you have a well-rounded summer package that suits Nintendo’s two current machines nicely.
Rating
8.5
Pros