Tig Notaro is coming to Showtime. The cable network has greenlit a documentary following the comedian in a stand-up tour. There is a twist, though, and an amazing one at that, instead of embarking on a standard venue tour performing her stand up on theatres or comedy clubs, Tig’s performances will be held in fans’ homes (rooftops, backyards, basements, wherever is most convenient, a barn maybe). In a recently released video, Notaro urges fans to apply (go to tigroadtrip.com for more information) to become one of the lucky few to host one of the performances. It is a pretty hilarious and even unprecedented plan to fulfill that will no doubt produce an unpredictable and entertaining product. 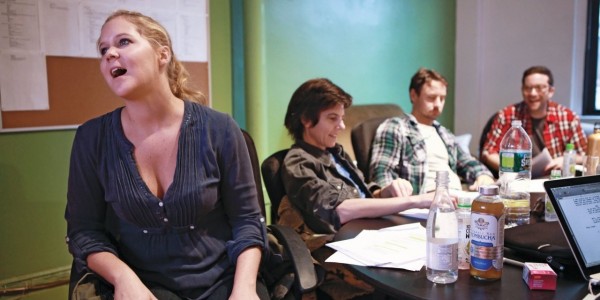 Notaro is definitely one of the leading comics currently working, she has appeared in various television shows most notably in The Sarah Silverman Program and recently made brief appearances in the critically acclaimed Comedy Central hit, Inside Amy Schumer, of which she is also a writer. Just last year, Notaro was highly praised for her material regarding her cancer diagnosis and personal life at the time, delivering a masterful set that many celebrated and has been since released on iTunes. Notaro has been long overdue for this kind of project that will feature her talent and allow her to have significant control (she will also serve as executive producer of the film). Can’t wait to see the final product.