For whatever reason, it’s becoming more and more common for obscure graphic novels and comics to get big-budget film adaptations. With that in mind, director Andrew Adamson will be producing the CG-animated Beasts of Burden, based on Dark Horse’s comic of the same name.

According to Heat Vision, the comic takes place in Burden Hill, where supernatural events affecting its citizens force the cats and dogs in the town to maintain its safety. Dark Horse’s Mike Richardson and Aron Warner of Strange Weather Films will help Adamson out with the project. 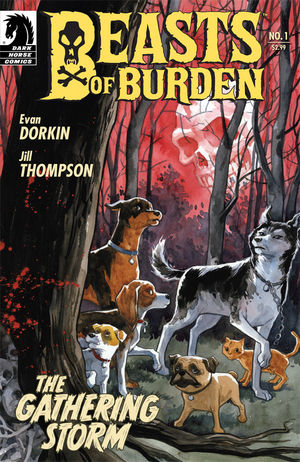 Adamson took the helm of the highly successful features The Chronicles of Narnia: The Lion, the Witch, and the Wardrobe and Shrek. He also directed the sequels to each: Shrek 2, a highly successful film, and Prince Caspian, which posed some problems for the "Chronicles of Narnia" franchise. He didn’t step on board to direct the third installments of either, but he stayed on as a producer.

Adamson has proven that he can capably bring the fantastical and magical into the world of film. Additionally, this sounds like a really intriguing story that’s perfect for the medium of CG animation. Whether he directs the film will certainly come up as it moves toward production.

How do you feel about Beasts of Burden getting its own movie?