"We take a brief look at the history of Sierra games amongst news of a revival of the company. "
By: Paul Lawford | PC Features | August 16, 2014
Over the years some games crop up that leave a lasting impression, Sierra games had a handful of these games and with the resurrection of Kings Quest and Geometry Wars 3 which are about to become a kickstarter campaign, it seems that Sierra may be making a come back so I take a look at some of the games that Sierra worked on that live on in the memories of gamers. Sierra Entertainment was founded in 1979 as On-Line Systems in California, and after realizing the potential of combining text based games with the graphics display capability of the Apple II, the company was born and named Sierra online in 1982. The first games released by the company were the Hi-Res series featuring mission asteroid, mystery house, time zone and many more. These were released on the Atari, commodore and apple systems respectively and got sierras name of the lips of gamers. Sierra didn't make their first “big” hit game until the early 90’s where they release Kings Quest V, selling over 500,000 copies and defining the action genre, The game was available for PC and never made the port over to console which I think was a big mistake. It could have green a great console title, but, nonetheless was great in its own right. king's Quest V was voted "Best Multimedia Fantasy/Adventure Game" by readers of MPC World and was the bestselling computer game for the next five years from Sierra and really cemented the companies name up there with the big boys and as expected from the revival of the brand the company will be returning to its roots, publishing a new entry in the revered King's Quest adventure game series which is expected in 2015. 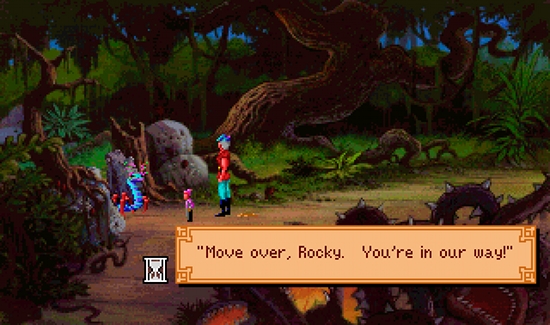 In 1995 the company moved to Bellevue, Washington and posted even more successful sales figures boasting over $83.4 million in sales from its software-publishing business along with another new release known as The Realm Online which was launched in December 1996 for windows and It was designed in the tradition of the graphical MUD games of the time (Before the term MMORPG was used) but it was unfortunately abandoned by the company because of its comparison to the successful titles at the time, Everquest and Ultima Online. The game was next taken up for a short time by a company called World Opponent Network which was also owned by Sierra, then Codemasters and presently is a Norseman Games title. The Realm Online is still actually being played by a handful of people with server numbers totaling around 50-100 people at all times and is known as one of the few MMORPGs that is still dial-up friendly and easy to play which is why it still has a small cult following.

Several studios including were acquired and integrated into Sierra throughout 2005 and 2006 and eventually became partnered with Vivendi Universal Games which led to the company acquiring copyright of several hugely popular franchises like Crash Bandicoot, Spyro the Dragon and many more which were very successful even after the boom of the titles on the Playstation. ISierra Online began launching Xbox Live Arcade titles for the Xbox 360. One of its first releases was the conversion of the successful "German-style" board game Carcassonne which had been in development at Secret Lair Studios and in 2008, Sierra parent company Vivendi Universal Games, which had since been renamed Vivendi games in 2006, merged with video game publisher Activision to form the holding company. Vivendi Games ceased to exist and ownership of Sierra was transferred over to Activision. Later that year, Sierra was closed down for possible future sale. On August 7, 2014, the website for Sierra, which previously redirected to Activision's website, was updated, showcasing a new logo, teasing that "More to be revealed at Gamescom 2014 and also revealing that Sierra has is publishing two brand new projects based on fan favorite franchises. Headlining the announcement is a brand new entry in the beloved King's Quest adventure game series although much has been revealed about the new game, but its creation will be handed off to a new developer, The Odd Gentlemen, which most recently made Wayward Manor in conjunction with author Neil Gaiman. The game is slated to launch sometime in 2015 and a Kickstarter fundraiser will be coming soon according to the Sierra games official twitter (@sierra_games) I would definitely recommend checking it out when It’s if you were a fan of this Sierra classic and show your support of the project to get the ball rolling. More info can be found here on the Sierra website. I’m hoping that they capture the essence of the old days and hope this article gave you a short sense of nostalgia. It is great to see dead and buried games companies coming back to life. Let’s just hope other companies could do the same (I’m looking at you Rare!)