"A New SimCity is Coming to Android and iOS soon"
By: Zack Zwiezen | Mobile News - PC News | September 10, 2014
EA has announced a new SimCity game is coming to phones and tablets. The game is called SimCity BuildIt and EA says it's "coming soon."  The game will be available on iOS and Android. Not much information is known yet about the upcoming city building game. 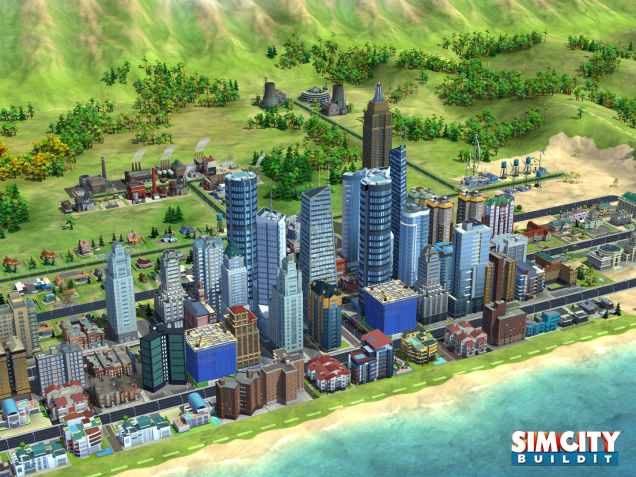 On the website for SimCity BuildIt EA explains that the game will allow players to "Pinch, zoom, and rotate 360 degrees as you manage your city in the palm of your hand." EA says the game is designed for "gamers on the go" which seems to imply this is a completely new SimCity game built from the ground up to run and work on mobile devices.
The last SimCity game was released on PC and had a huge amount of backlash over the game having to be always online and small cities. Since its release Maxis has patched the game to allow for offline play. Hopefully this new SimCity will not need an always online connection.
There is no word on price or an exact release date for SimCity BuidIt.