You’d be forgiven for forgetting that Sony’s once loved karaoke game still exists. After all, it’s been years since a full title was actually released. Today, however, brings the news that SingStar has re-launched as an in-XMB application at European regions, but there is no word when other regions will get it since Europe is where the franchise has the most success.

While one could argue that the game is going free-to-play, the actual base structure of the game is remaining exactly the same. The difference is that now the game will be available for free download from the music section of the XMB. This app then takes you to the playable game and associated SingStore which you will need if you want to play any songs. The base app does not feature any tracks so individual songs or whole packs/albums will have to be purchased in order to play the game. However, if you already own any PS3 or PS2 SingStar games you’ll be able to upload the tracks from those on to the new app.

Although prices on the SingStore won’t be changing for the reinvention, game director Chris Bruce noted that “we might do some price promotions so there’ll be some sales coming up in the future.” Bruce also noted that many tracks on the store will now feature demo songs which allow players to trial the song for around a minute before buying. 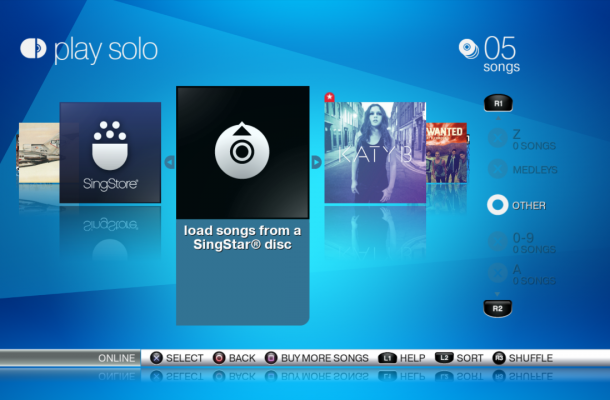 Another new feature to accompany the update to the platform is the ability to use the PlayStation Eye as a microphone, allowing groups of people to sing at once or for those who don’t own a mic. “What we do see is people uploading videos in big group experiences at parties, “said Bruce, “with loads of people singing along so the camera’s perfect that.”

Bruce went on to note how the reimagining is “a pretty logical progression.” With SingStar as a brand dwindling over the past few years, making the base game free to download could give the game a boost from users who have yet to try out the classic title.

Overall, it’s a clever and interesting tactic that is likely to give the game a slight boost at the least. The Singstar app is out now alongside the new PS3 firmware update at European regions. There is no word yet whether other regions will be the free app anytime soon.